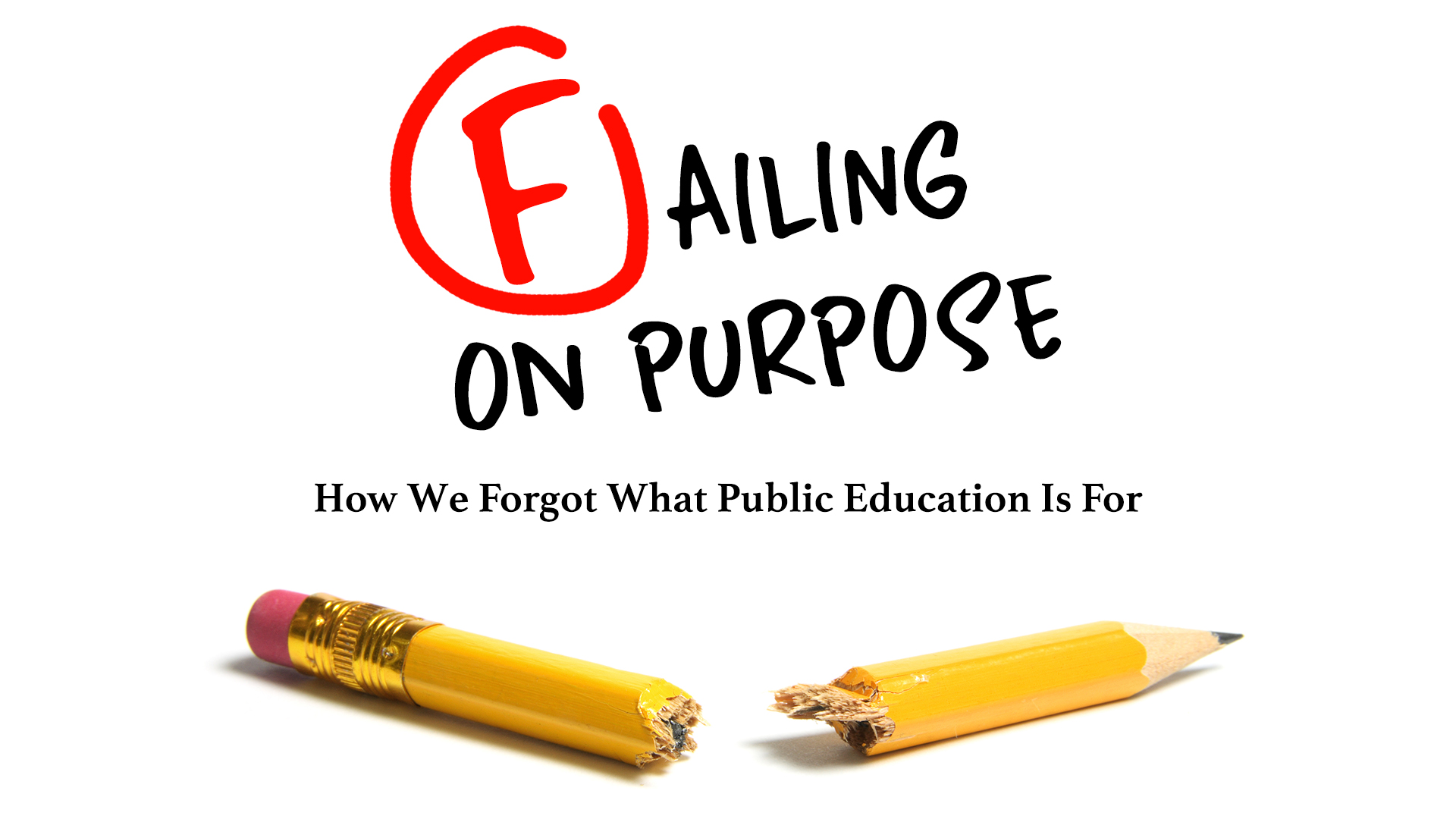 American public education evokes a unique mix of pride and pessimism. The institution’s establishment was a remarkable achievement and critical buttress for our early republic, and its investment in the nation’s citizenry became a model for the world. Yet while its continued importance is universally recognized, so too are its dramatic shortcomings. Reformers have responded with a decades-long fixation on raising academic achievement, defined typically by test scores and college enrollment. They have failed on their own terms and, in the process, led American parents, principals, and policymakers to lose sight of something more fundamental: what public education is for.

Failing on Purpose returns the conversation to this initial question of purpose that must be the starting point for any effort to revitalize public education. Essays make the case for four core purposes and describe how current policy frustrates them. A survey of American parents and young adults presents the perspectives and experiences of those in closest contact with the system, highlighting areas of consensus and disagreement. A conversation between leading scholars considers the foundational questions of public education’s structure and the tradeoffs facing policymakers.

Public education’s primary purpose is preservation of our democratic republic.

The School of Self-Rule

Education reformers have lost sight of what most Americans believe public education is for.