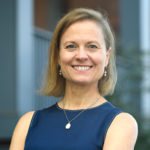 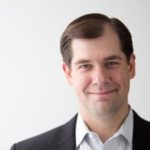 Andy Smarick is a senior fellow at the Manhattan Institute.

Ashley Berner: Between the Common School and the Market

Between the Common School and the Market

I’m delighted for us to have this opportunity to wrestle with the question (not with each other!) of how democracies should structure their school systems so as to fulfill their democratic purpose. What, we might ask, is the purpose of democratic education? In my view, it is to expand opportunity and equip the next generation to exercise democratic citizenship. Which structure maximizes the odds of these two outcomes? Educational pluralism. Educational pluralism is a structure in which the government funds a wide variety of schools and holds all of them equally accountable for academic results. It is common in democracies around the world. It used to be the norm in the United States.

A few examples: the Netherlands funds 36 kinds of schools on equal footing (e.g., Catholic, Orthodox Jewish, Montessori, Islamic, secular); Belgium, England, Poland, and Hong Kong fund schools that reflect their population’s differing values; Indonesia and Israel support a wide array of schools; Australia’s central government is the top funder of independent schools in the country. Indeed, the majority of free countries are educationally plural. The United States used to be, but 19th-century nativist forces successfully reduced public education to one thing: the district school. Charles Glenn’s The Myth of the Common School and Philip Hamburger’s Separation of Choice and State both tell this story well.

On hearing about pluralism, many Americans might be tempted to think, “This is just school choice at scale.” Well, yes and no. Educational pluralism does honor parents’ values and beliefs, but it also requires all funded schools to meet government standards on teaching and learning, curriculum and assessments, and often admissions and hiring policies. It is not statist, but neither is it libertarian.

I have explored the theory and practice of educational pluralism in depth elsewhere (e.g., here, here, and pp. 15–30 here). For our purposes, here are thumbnail sketches of three positions on how to structure public education. In each case, I’ll summarize the theory and walk through the structure, funding, content, and accountability levers that result.

The Argument for State Control

In this view, only the State can provide public education. This is known as the common school or district model. Some state constitutions even refer to a “uniform school system,” meaning uniform delivery.

The core concern of uniform delivery advocates is that a heterogeneous population, left to its own devices, will dissolve into siloed or even warring tribes. Their hope is that a uniform (or “common”) educational experience will work against the identities formed by belief, ethnicity, and race, and create civic unity. This is sometimes called “civic republicanism” (for example here, pp. 36–42).

In the United States, important advocates have included Horace Mann, the chairman of the Massachusetts Board of Education (1837–48); Amy Gutmann, current President of the University of Pennsylvania; and Meira Levinson, Professor at the Harvard Graduate School of Education.

Horace Mann emphasized civic culture over and against local traditions and religious beliefs. Contemporary advocates also emphasize neutral reasoning and personal autonomy as key goals, which the state must encourage over and against other goods.

As Gutmann put it in Democratic Education, “Public schools can avoid even indirect repression and still foster what one might call a democratic civil religion: a set of secular beliefs, habits, and ways of thinking that support democratic deliberation and are compatible with a wide variety of religious commitments.” Levinson seems to go even further, asserting that the development of individual autonomy “requires measures that prima facie violate the principles of freedom and choice.”

So, what does this look like in practice? In the United States, we find:

As mentioned above, “public education” has been associated with the district school for more than a hundred years in the United States—not only politically, but culturally. Our cultural default is a binary “public versus private” approach, in which non-district schools rarely receive public funding without a political battle. Despite this, many states have passed laws enabling non-district schools to receive state-sanctioned funding, whether through charter schools, vouchers, and education savings accounts (funded from the state budget), or through education tax credits through which individuals or corporations can donate a portion of their owed taxes to help mostly low-income kids attend private schools. Such programs are growing but still contested (for state-by-state overviews, see here and here).

The list of other democracies with uniform school systems includes Brazil, Greece, Jordan, Latvia, Mexico, the Philippines, and Uruguay. Some of these systems claim ideological neutrality (Mexico, Uruguay); others promote a religious standpoint (Greece, with right of withdrawal, or Jordan, which provides Islamic education). For country-level summaries, see here.

The Argument for Individual Rights

A libertarian theory of education stands at the opposite pole. This position interprets education as an individual or community good that should seldom be delivered by the state and never substantively regulated by it.

The core concern of libertarians is the potential for the state to violate individual rights and to control orthodoxy. Their hope is that when families have the (state’s) funding in hand and can select their child’s school, schools respond to market pressures and improve their offerings.

One can find similar concerns in early Parliamentary debates about “national education,” but I associate libertarian theory most especially with the United States. A terrific book to draw on here is Kevin Currie-Knight’s Education in the Marketplace: An Intellectual History of Pro-Market Libertarian Visions for Education in Twentieth-Century America. It is a bracing walk through journalistic and economic arguments for the libertarian perspective—such as Frank Chodorov’s and Myron Lieberman’s suspicion of state power, or Milton Friedman’s more positive take on the neighborhood benefits of state-funded vouchers. Some thinkers rejected state subsidies and state regulations outright; others supported “loose” regulations of, for instance, schools’ ventilation and students’ physical safety. For still others, such as educational and civil rights activist Howard Fuller, the state has been used to advance white supremacy. He advocates instead for the state to fund families of color to create and regulate their own schools without interference.

As Stanford Law School Professor Michael McConnell put it in 2002, the state should secure basic literacy and numeracy, and “perhaps minimal civic responsibility as well,” but:

Beyond the scant essentials, a democratic society can let a thousand flowers bloom. There is no need for uniformity. The only need is for a modest form of regulation, to weed out those schools that do not even make an attempt to meet these basic democratic norms. Even then we should tread lightly; many a movement thought disturbing or abhorrent in its day turned out to make a positive contribution to American democratic culture.

McConnell’s view cedes little to the state; Fuller, Chodorov, Lieberman, and others cede even less.

What would a libertarian approach look like in practice?

The libertarian would enable a panoply of school types to exist (through state or private funding) and provide them with maximal freedom to enact the wishes of families. Market processes, exercised primarily through enrollment decisions, are their preferred lever for quality.

The core concern of pluralists is to both honor individual beliefs and have public assurance of civic and academic quality. Pluralists believe the state should fund a variety of school types, delivered by the organs of civil society as well as the state. But they also want to ensure that all schools meet a common standard of instruction, often in the form of common curricula and assessments.

The 19th-century pluralists relativized both the state and the individual, focusing instead on civil society and the common good (as Charles Glenn’s comparative work shows). My favorite contemporary theorist is William Galston, whose Liberal Pluralism criticizes the Enlightenment preference for individualist autonomy above all other goods, as the current common school model attempts to inculcate universally. A pluralist approach, by contrast, will “respect self-aware, autonomous lives but will not insist on promoting Socratic or Millian ideals (or any others) as valid for all citizens.”

But so far, this argument is about the structure, not the content, of public education. Where do pluralists stand on this issue? In contrast to most libertarians, pluralists favor accountability to the state. Why? Because democracy requires a knowledgeable citizenry. The voices championing a “high level of shared education” as “essential to a free, democratic society and to the fostering of a common culture, especially in a country that prides itself on pluralism and individual freedom” (as the authors of A Nation At Risk defined the goal in 1983) include Thomas Jefferson, Benjamin Franklin, E.D. Hirsch, and Diane Ravitch, among others. Pluralists get there by separating the school ethos from the curricular frameworks.

In practice, many democracies fund multiple types of schools, but hold them all accountable for academic results. Sometimes this sounds quite fantastical to a U.S. audience. The Netherlands, for instance, funds creationist schools alongside secular, Islamic, and Montessori ones, but they also require kids in creationist schools to demonstrate an understanding of evolutionary theory. Many OECD countries require comparative religion and ethics every year of K–12—including in the wide array of religious, secular, and pedagogically distinctive schools they support.

In a pluralist model:

I believe the pluralist model— in theory and in practice—comes closest among these three to fulfilling the aims of public education in democracies.

None of the three models outlined above is perfect. All of them are more nuanced than a simple sketch allows. American readers will have immediate questions and concerns about a pluralist model, often from completely different angles; I trust that you will unpack some of those concerns. I wonder whether this taxonomy seems right to you and, if so, whether you find yourself squarely in one of the buckets or pulled in competing directions by their merits?