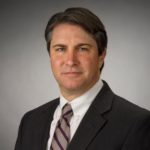 Obligations, Yes, But Secondary Ones

I want to thank my friend Oren Cass and the team at American Compass for the opportunity to discuss how corporate businesses should balance shareholder interests with their obligations to their workers, communities, and nation. It is particularly an honor to discuss this topic with an academic as esteemed as Patrick Deneen. I’m hopeful that the profound difference in our perspectives can lead to constructive discussion and action going forward.

As a former corporate attorney and CEO, I view corporations somewhat differently than Patrick. There is certainly a sense in which, as Patrick notes, modern corporations are a “body or collectivity of people.” There are, of course, various corporate purposes that bring people together. They can be charitable, educational, religious, or commercial.  I’ll limit the scope of my comments to corporations that are profit-oriented.

No discussion of this topic would be complete without at least a reference to Milton Friedman’s belief that a business’s only social responsibility is to “use its resources and engage in activities designed to improve its profits.” If we are going to discuss assigning other responsibilities to corporations, it’s important to examine why the law recognizes the corporate form in the first place—why we have a business structure that exists apart from its owners and how society benefits from that structure.

Corporate ownership exists primarily to facilitate investment. It permits people to start a business, invest in it by purchasing stock, and limit their personal liability to the loss of that investment. Assuming shareholders and management abide by the law and respect the corporate formalities, the corporate entity shields investors from liability for the broader obligations of the business—such as debts or lawsuits.

This structure provides tremendous societal and economic benefit by encouraging people to start, invest in, and grow businesses. Faced with high levels of risk, people tend to put their money under the mattress, so to speak. If we limit investor exposure to the known risks of business success or failure, they are more likely to invest. There are other similar concepts such as limited partnerships and limited liability companies, but the corporation remains the primary risk-limiting vehicle for business formation and growth.

Every entrepreneur and businessperson understands the critical importance of raising capital to start a business or grow an existing business. Capital is the life blood of any business enterprise. Capital investment relieves entrepreneurs of the burden of either personally financing the business or the obligations of loan repayment—assuming a young or troubled business could get a loan. You do give up at least a portion of your equity in the business, but you can raise capital and grow.

This corporate structure has been overwhelmingly successful in generating investment, broad-based economic growth, and prosperity. There is a reason virtually every country, and certainly every prosperous country, recognizes and encourages the corporate structure.

Because capital investment is a critical component of economic prosperity, the next question is: why do people invest in a business?

It’s good to keep in mind that, in free-market economies, businesses profit only by meeting the needs of others. Capitalism encourages people to improve their own lives by providing the products or services that other people want at a price they can afford. In this sense, businesses striving for profit benefits society as a whole.

Henry Ford built cars for the common man, not kings, queens, or nobility.  Steve Jobs created iPhones for all of us, not government elites. Jeff Bezos didn’t become rich because he stole from us.  He became rich because he created the greatest distribution system in the history of the world – and we may all be grateful he did so before the pandemic. Each of these business endeavors had a corporate structure financed by profit-motivated investors. Each of them immeasurably benefitted society in general.

And that’s the biggest flaw in Patrick’s argument.  He doesn’t recognize the opportunity costs of trying to turn businesses into engines of social progress. If you impose non-economic obligations on corporations and thereby reduce their focus on profit, you reduce the incentive to invest and the capital available for dynamic growth. What that means for the broader community is fewer jobs, poorer paying jobs, reduced innovation, fewer products for consumers and reduced prosperity.

Patrick claims that the “privatistic conception” of the modern corporation has caused “widespread social damage.” The opposite is true; the corporation’s focus on private sector profit has played a major role in lifting humankind from centuries of privation and misery to an era of unparalleled prosperity.

Our economy works because corporations focus on generating profits. To the extent that we “reorient modern corporations toward the more embedded social positions,” we place the benefits of a profit-driven model as risk. When the focus becomes what the government perceives as benefiting society at any given time (a moving target) rather than that which benefits investors at all times, we increase the risk of loss rather than the benefits of profit. People reduce or stop investing, the economy stagnates or declines, and workers lose jobs and opportunity.

To be sure, corporations, like all businesses, are engines of economic production, and people need more than just wealth.  That is why healthy societies have healthy families, strong religious organizations, flourishing arts, and other agencies through which people find love, moral clarity, inspiration, and emotional stability.  Businesses are not and cannot be the primary agents for meeting those needs.  But what they can and will do is generate the wealth that supports the rest of society – if the government allows the profit motive to do its work.

Certainly, no system or business model is perfect, and the corporate model is no exception. I’ll look now at a few of Patrick’s specific suggestions for corporate reform.

I agree with him that management should be encouraged to “pursue long-term gains through slow, but organic growth rather than ginned up returns that inflate stock prices.” But a lack of corporate responsibility isn’t the cause of this problem.  The cause is quarterly reporting of financial results.

To avoid the evils of insider trading, the Security Exchange Act of 1934 instituted the quarterly reporting system still required for public companies today. As corporate performance is judged every three months, the system motivates decision-making based on what’s best for the company this quarter, rather than what’s best over the longer term.

Privately held corporations, such as those owned by individual entrepreneurs or private equity firms, do not face this issue as they do not publicly report their data. They are free to focus on longer-term value creation, which is a core element of private equity’s success.  That is why, as a CEO, I opted to take my company private; I wanted time to fix the structural issues facing the business and prepare it for success in the long term

Much of this problem could be eliminated if management didn’t have to publicly report financial results every ninety days. I support this change, and President Trump has asked the SEC to study the issue.

I disagree with Patrick’s comment that the modern corporation views an employee as “an individual who contracts individually for a set income – end of story.” That was not my experience, nor does it make economic sense.

Employees are every business’s most important asset. You simply cannot succeed without a loyal and efficient workforce.

As such, businesses must compete for employees.  This was particularly true during the two years prior to the COVID-19 pandemic when there were consistently more job openings than people unemployed. Yearly wages rose consistently over 3% for the first time in a decade—and for twenty consecutive months—until the pandemic hit our shores. Wages and benefits increased organically and sustainably, particularly for blue-collar workers – because corporations wanted to make a profit.

Bargaining collectively is a right in the US and has been for decades. However, private sector union membership has declined steadily from 35% in the 1950s to 6.2% in 2019. Perhaps employees are more happy with their employers than some would have us believe.

Aligning workers’ interests with employers through, for example, stock-ownership plans, is a great idea and something that I have long supported. Employee stock ownership motivates workers to think in terms of the overall health and profitability of the business. That’s a positive for everyone.

With respect to shareholders, Patrick distinguishes between “owners” of publicly traded companies who are “actually investors” and speculators who lead to “financial chicanery and ill-considered corporate acquiring, re-ordering, and divesting.”

But businesses that engage in “ill-considered” acquisitions and divestitures or financial deception become unprofitable and go out of business.  No profit-oriented manager or investor wants that result—either over the long or short term.

Discouraging speculation, as Patrick suggests, through “punitive taxation” of short- and medium-term capital gains might slow “speculation,” but it would also tie up capital that could be more efficiently invested in the broader economy and drive economic growth.

I’m going to deal with customers and community together because they are increasingly related.

As I noted above, success in a capitalist economy means meeting the needs of others—namely customers. The key is figuring out what those needs are. As Patrick notes, there is a growing desire among consumers to buy from companies that are socially responsible.

Customers’ desires play an important role in management decisions on all issues. Obviously, businesses succeed and increase their profits by increasing sales. If being socially responsible increases sales, it is in the best interests of management and investors alike to be socially responsible. That puts the consumer—in other words, the free market—in control.

My concern is with adding government mandates to the business equation. Meeting your customers’ needs increases profitability and encourages investment. Being forced to meet what the government determines are appropriate social needs (a moving target at best) has the opposite effect, reducing profitability and the incentive to invest which are the hallmarks of the corporate structure.

As such, I generally view increased government involvement, be it regulatory or statutory, as a negative that discourages growth. The free market is implementing changes in corporate culture consistent with customer demand and society’s needs. Corporations are communities of investors, and they have enabled the greatest period of economic growth and prosperity in human history. When you strike at their ability to encourage investment, you strike at the very heart of that prosperity.

Patrick is a learned and conscientious man. I suspect his desire for greater corporate responsibility arises out of a sense that our society, as a whole, has lost moral clarity and that corporate business has less respect than it should have for the ethical considerations that we both value as the hallmarks of a life well lived. I would agree with him on that.

Where we disagree is that Patrick seems to think the problem is the capitalist system, or the corporate structure, whereas I think that the problem lies in the human heart and that it would exist regardless of the business model our society favored. My concern is that Patrick’s proposed solutions would make America no better, but much poorer and that working and lower income Americans – people who come from the same background as I do – would suffer the most from what he wants to do.