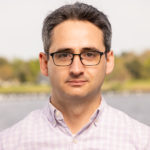 I’m delighted for the opportunity to discuss labor reform with you. As you note, while we approach the discussion from different perspectives, we agree generally on the economic struggle of the American worker and the need for a policy framework that goes beyond the fundamentalism of trusting that free markets will necessarily generate good outcomes. We also agree that a well-functioning system of organized labor that gives workers a seat at the table should be part of that framework, and share a frustration with the American left-of-center for focusing on driving more workers into a dysfunctional system and with the right-of-center for celebrating the system’s demise. The question, of course, is how would an effective system look?

I’ve learned a lot since publishing The Once and Future Worker two years ago, but by far the area in which my thinking has changed most is on the question of “sectoral bargaining” as a model for organized labor (in no small part thanks to conversations with you). What struck me then as an obviously undesirable framework now seems the most promising, and one that should hold particular appeal for conservatives.

In Worker, I argued for new forms of worksite representation and bargaining but specified that “multiemployer bargaining should be banned.” My thinking was influenced particularly by the experience of the domestic auto industry, whose “pattern bargaining” between the United Auto Workers and the big-three carmakers yielded comparable contracts industrywide:

Collectively bargained terms that applied to all industry producers would maintain the competitive balance among them; if costs rose, they would raise prices together, preserving profit margins.

This translated into higher prices, lower output, and slower innovation for the economy as a whole—and weaker job growth, harming prospective employees. Union members were also consumers, of course, which meant that they were often negotiating against themselves—balancing their desire for higher wages and benefits against their desire for lower prices. If nonunion consumers were the deal’s real losers, well, then, that was all the more reason to join a union.

In recent decades, the collectively bargained concessions that unionized firms have adopted often put them at a disadvantage against foreign competition as well as against new, nonunionized domestic rivals. Unionized firms, as a consequence, have sought to shift their capital toward plants, regions, and countries where they can operate free of union constraints.

As a description of what happened in some domestic industries, I still think this is correct. The once-world-leading American auto industry was badly, perhaps mortally, wounded. But that may not require a categorical rejection of sectoral bargaining. Some facets of such a system could be features rather than bugs, especially if operating within a more coherent framework. On the other hand, some seem like serious bugs, and it is on those points that I am particularly interested in your thoughts.

To begin with, I think the appealing features are:

As these potential benefits of sectoral bargaining suggest, part of the problem with examples of American “pattern bargaining” may have been that the system only went halfway. For one thing, three automakers may not be a sufficiently broad sector. For another, federal employment regulation was granting workers ever more protections, leaving the private bargainers to focus on productivity-dampening work rules, seniority systems, and so on. Broader coverage, and freedom to depart from baseline regulations, seem at least partial solutions.

Why Not Sectoral Bargaining?

All that said, I still see at least two major, perhaps dispositive obstacles:

European countries seem to have largely avoided these pitfalls, though both labor and management will eagerly list everything far from perfect about their systems. But it’s not clear to me how they’ve managed a greater focus on productivity, international competitiveness, and so forth. I’m always wary of resignedly chalking things up to “culture,” but when it comes to questions like modes of industrial organization and the understood obligations of businesses and workers, I do wonder what role unquestioned norms and expectations (with social sanction for departure) play alongside legal structures.

Perhaps in cases like the American auto industry, assumptions established at a time when competition was not a concern produced institutional inertia that precluded adaptation. By contrast, in places like Germany and Japan, perhaps the need to compete globally with lean and flexible operations was built into industry DNA from the start. This seems wishy-washy, but it could also be true. We’d still need to believe we’ve learned our lesson. Is there any evidence that if we restructure, more constructive bargains would be reached this time around? Or should we really be focusing on domestic services industries anyway, and we can expect the dynamics there to be somehow different? Give me some confidence we can be successful here.

Fair warning—I still have other questions too! How do we figure out who bargains with whom? How do we ensure agreements happen? Who pays for it? What political compromises are necessary and plausible—for one thing, are existing labor organizations even in favor? But I thought we should start with why we should even want to make it work.

Yours in managerial prerogatives,