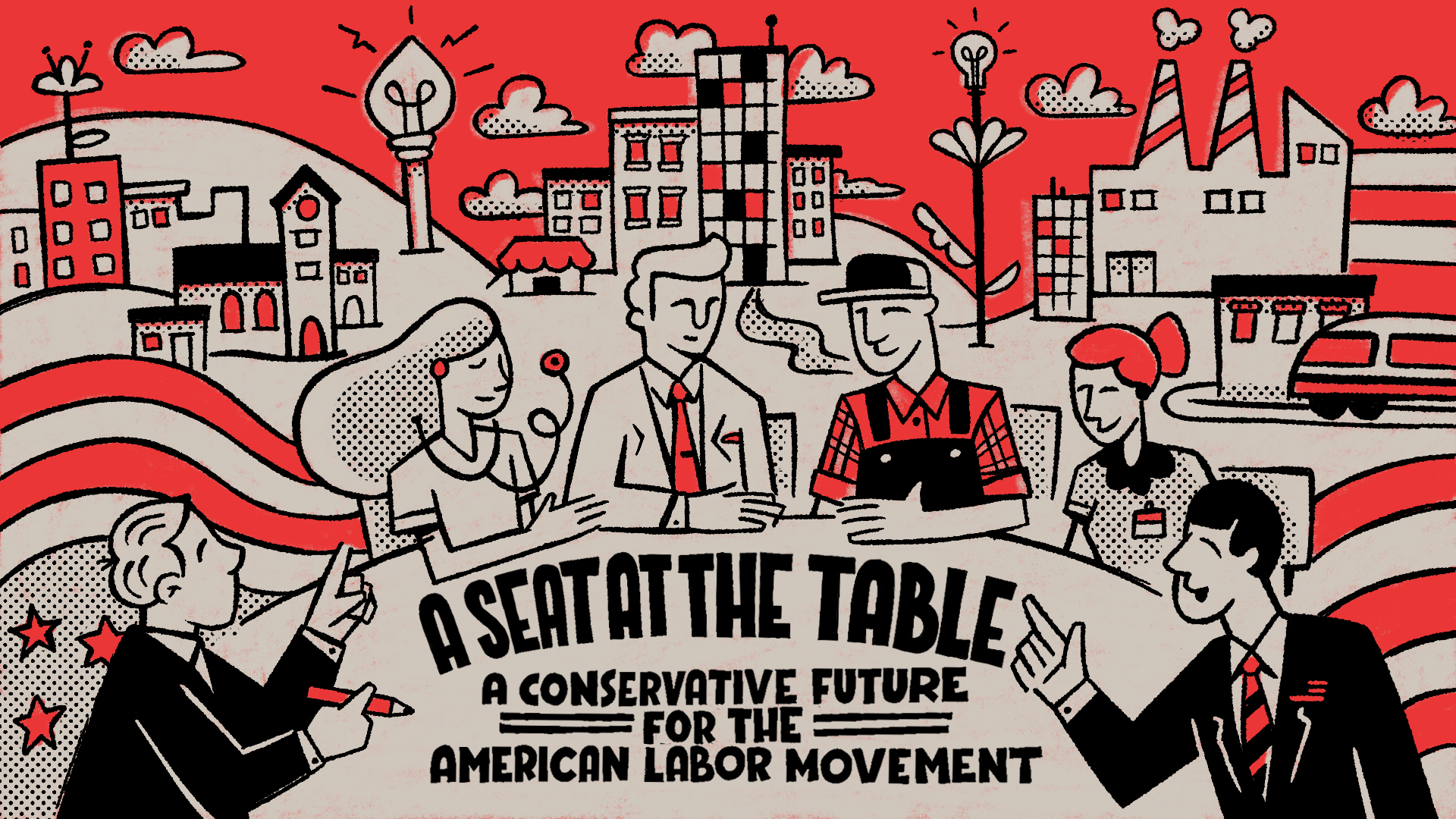 The American labor movement’s slow descent into obsolescence has deprived American workers of a vital institution. A well-functioning system of organized labor affords solidarity, mutual aid, bargaining power, and workplace representation, all of which can benefit workers, their families and communities, and the nation—both economically and socially. Especially for conservatives, who cherish the role of mediating institutions, prefer private ordering to government dictates, and believe prosperity must be earned rather than redistributed, reforming and reinvigorating the laws that govern organizing and collective bargaining should be an obvious priority.

Unfortunately, today’s dysfunctional system, a relic of the Great Depression, has become a polarizing partisan issue. National unions exert more influence through their lavish funding of the Democratic Party than through actual organization, representation, or bargaining.  One party thus focuses intently on getting more workers into those unions, while the other’s priority is to get them out. A different conversation is needed.

Throughout September, in A Seat at the Table, American Compass hopes to help start that conversation. We begin with a statement from a prominent group of conservatives who possess a remarkable breadth and depth of expertise and share the conviction that labor is an issue ripe for conservative reform. Essays from Brian Dijkema, Amber & David Lapp, and Michael Lind situate labor’s role in the American economy, in partisan ideological debates, and in the lives of actual workers. A report from American Compass’s Wells King describes the many and varied forms that systems of organized labor can take. And a range of experienced policy experts and labor organizers discuss with each other potential pathways for reform.

Conservatives Should Ensure Workers a Seat at the Table

Statement on a conservative future for the American labor movement.

The trade union is a quintessentially Tocquevillian institution and the one that brought down Soviet communism. Conservatives must rescue the American labor movement from Big Labor’s partisanship and restore its community-building purpose.

Workers Are People, Not Widgets

Meet Alex and Lance, two blue-collar workers in southwestern Ohio. One had union representation as he sought a foothold in the labor market; the other did not. Their lives remind us that there is still power in a union.

The Once and Future American Labor Law

American labor law has become worse than useless: a lower share of the private-sector labor force is organized today than before the National Labor Relations Act was passed in 1935. The time has come for an entirely new model.

Labor law has failed to evolve alongside a changing labor market. Some labor leaders have been moving ahead anyway.

Workers of the World

Few Americans realize how our system of organized labor is an outlier among Western nations. In some European countries, unions attract a greater share of workers and maintain less adversarial relationships with business. A better understanding of these alternative models can guide American policymakers as they address our labor policy challenges.

Labor Law Must Include All Workers

Toward a More Cooperative Union

Workers and employers should have the freedom to collaborate and design new forms of worker organizations.