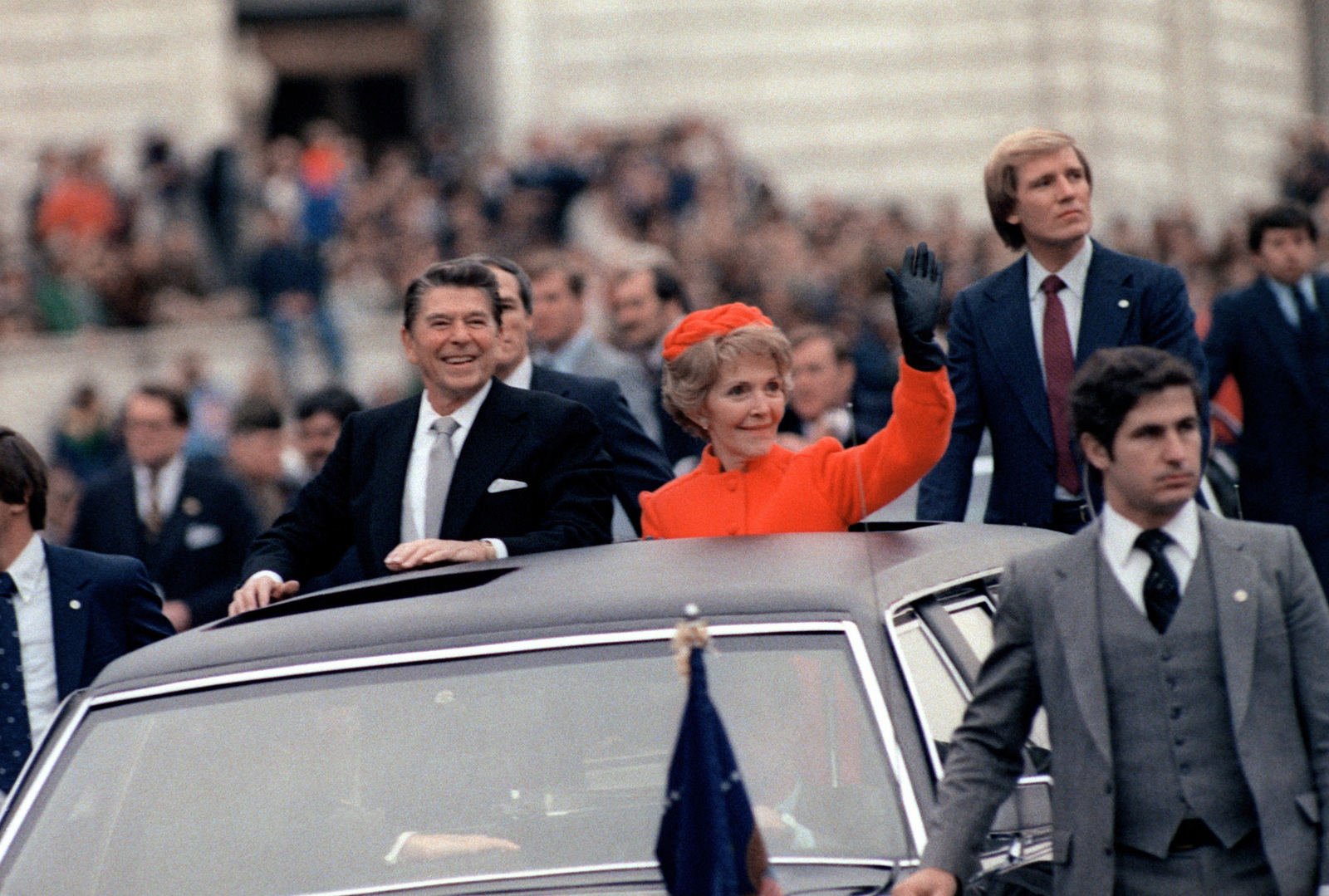 To make sense of the unprecedented presidential election we’ve just been through, pundits have analogized it to past elections: 1896, because of conflict between agrarian (Bryan) and urban (McKinley) interests; 1908, because of the historic rate of turnout; 1920, with Warren Harding promising a return to normalcy; 1968, because of the violent demonstrations; and many others.

But with a reinvigorated and increasingly liberal Democratic Party now in control of the White House and both chambers of Congress, however tenuously, it appears that the 2020 election bears the most resemblance to 1980, which ushered a transformed Republican Party into the White House and Senate for the first time since 1954.

The 1980 election marked the beginning of Reagan Revolution, which was extended 14 years later by the 1994 Gingrich Revolution, thus transforming the Republican party for a period of almost 40 years. Throughout the post-war era, the Republican coalition had managed to balance the interests of a fabled “three-legged stool” constructed with the business community, cold warriors, and social conservatives. But before 1980, a moderate Eisenhower/Nixon wing of the coalition held greater sway than did the vestiges of the party’s more conservative Taft/Coolidge/Goldwater wing. As the Democratic political advisor and author Kenneth Baer wrote,  Republicans of that era “could not ignore the consensus forming around the ascendant New Deal public philosophy and grudgingly began to accept the changes it had wrought on American society, differentiating their public philosophy from the Democrats based on their response to it.”

That changed after 1980, as “movement” conservatives took power crusading for small government, free markets, and a strong military. In pointing to free markets and liberty as its North Star, the Reagan Revolution sought a drastic reversal of the New Deal and Great Society governing philosophy that Democrats had put in place. Reagan Republicans were able to rally support for their cause because of Democratic overreach: an embrace of Keynesian economics that was seen as incapable of dealing with modern economic problems; a social policy that appeared to give more to the “undeserving” than to hard-working, law-abiding Americans; a support of cultural norms that many Americans found offensive (“abortion, acid and amnesty,” Nixon charged); and an unwillingness to support a strong military.

Once the new governing philosophy of movement conservatism took control of the national agenda, Democrats had no choice but to accommodate it, just as Eisenhower did in reverse in the 1950s. The necessity became abundantly clear when Reagan won his second term by crushing Walter Mondale, who had embraced the old New Deal politics, just as it had become clear for Republicans when Harry Truman, promising to carry on the New Deal, bested Thomas Dewey, who represented the Republicans’ old guard. Lesson learned, Bill Clinton later accommodated the Reagan Revolution (calling his political philosophy “New Democrat” to make clear he was different from his predecessors), just as Eisenhower had accommodated the New Deal (calling his political philosophy “New Republican”). Clinton went so far as to declare that “the era of big government is over.”

Fast forward to today. After 40 years of living under a largely Republican governing doctrine, many pressing problems have not figured into their program—and, not surprisingly, they have not been effectively addressed, including climate change, income inequality, stagnant wages for many workers, the offshoring and the hollowing out of many good, middle-class jobs, and increasing economic insecurity. Rather than formulate policies to address these issues, Republicans have remained too focused on liberty and free markets. Their constrained thinking about potential solutions opened the door for progressive proposals, including ideas that previous generations of Democrats would have considered radical, such as the Green New Deal, defunding police, more open borders, and even “democratic socialism.”

We can’t call this the Biden Revolution, for Joe Biden is not the ideological leader Reagan was. Maybe we should call it the Sanders/AOC revolution, since a significant share of the Democratic Party now embraces their democratic socialist and identity-based political philosophy. Whatever the case, the change wrought in this election will likely be no less transformative. Biden won the nomination largely because enough progressives and liberals realized that only he, not progressives like Warren and Sanders, could beat Trump. But Biden will be under great pressure to take seriously progressive demands, as he has already shown with a slew of executive orders. And the party’s shift to the left—as we saw in the Democratic Party platform, which would have been far too liberal to be adopted as recently as eight years ago—is not an accident; it represents a generational change.

It is in this context that the 1980 election provides the best analogy for 2020. The winning party this year represents a new kind of liberalism just as the Republican Party of 1980 represented a new kind of conservatism. If the Reagan Revolution was grounded on an unwavering focus on freedom, upon which virtually all policies were judged, today’s Democratic revolution is grounded on an unwavering focus on equality, especially racial equality and justice. On the 2020 campaign trail, Democratic candidates for president and Congress argued it’s time for significantly increased taxes and regulations on businesses, universal health care (although they differed on how to get there), and subsidies to reduce the cost of higher education, among other policies.

More broadly, their critique amounted to an indictment of the free-market economy as a jungle that too many workers are no longer able to survive and an argument for updating the country’s social contract. As such, we can expect that the Democrats’ vision of greater equality will animate a push for policies such as health care for all, a living wage, free college, ending high school and college admission testing, much stronger racial preferences, stringent regulations on business, and higher taxes on the wealthy and business.

And similar to the Reagan Republicans, the Sanders/AOC Democrats have embraced heterodox economic theories to support their policy goals. Republicans embraced the Laffer curve, the hokey supply-side theory that cutting taxes increases revenues. So, they cut taxes (and the deficit went up). Many progressives now tout Modern Monetary Theory, an equally bizarre notion that the federal government’s ability to borrow is virtually unlimited, and they will lean on that idea to support unprecedented federal spending.

The problem with these generational political shifts is that in a two-party system, voters are left with only two choices: liberty and laissez-faire economics on the one hand, or equality and an overly regulatory state on the other.

Lost in all this is the tradition in American political philosophy that elevates the greater good over short-term self-interest by putting progress and economic growth at the center. This tradition has been represented by political leaders like Alexander Hamilton, Henry Clay, Abraham Lincoln, Teddy Roosevelt, FDR, and John Kennedy, who focused on national greatness, industrial might, and technological leadership. But unless one or both parties decide that their single-minded focus on liberty and equality, respectively, is not enough to win elections—a realization that doesn’t seem imminent—we can expect more ideological dualism and an intensification of the cultural civil war that reached a fever pitch on January 6 with the invasion of the U.S. Capitol.

For those of us deeply committed to national greatness, faster economic growth, and global technological leadership, the next few decades will likely bring an equally challenging policy environment. The last 40 years at least had a light touch for government when it came to taxes and regulation, but on the other side, very few proactive policies to spur growth and development. The new era, however long it lasts, will likely bring the opposite: much more public investment (although much of this might be on climate and social policy goals, rather than broad-scale industrial renewal), but also more regulation and taxes on business.

If the spending is focused on the right things—R&D that spurs commercial innovation, workforce training, rural broadband, advanced manufacturing, and digital transformation of key industries such as health care, transportation, and government operations—it would drive growth, innovation, and competitiveness. But if it is focused more on Green New Deal priorities such as insulating houses and building rail systems, and social spending like free college, increased Social Security payments, and universal health care, then the economic benefits are likely to be minimal at best, negative at worst.

If the urge to regulate and tax is channeled and constrained (for example, by focusing tax increases on wealthy individuals), then the harm to growth and innovation could be moderated. But if, as is more likely, Democrats embrace European-style precautionary regulation, including in antitrust, privacy, new technologies (such as artificial intelligence) and other areas, the result would be like what Europe has seen: slower productivity growth, less innovation, and declining global shares of the industries of the future, to the detriment of its citizens’ incomes and quality of life.

It is probably too much to hope that enough Republicans will reject free-market fundamentalism and enough Democrats will reject equally fanciful fiscal and regulatory theories to come to the consensus necessary to drive widespread U.S. economic growth with attendant political and military power. But we can at least hope.