Can the Left Overcome its Technopessimism? 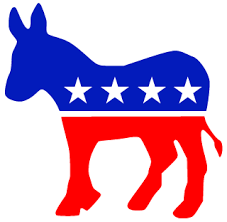 In his excellent American Compass essay “The Five Deadly Sins of the Left”, Ruy Teixeira calls out the left for what he terms their “technopessimism”. He writes: “the Left has become distinctly unenthusiastic about the potential of technology, tending to see it as a dark force to be contained rather than a force for good to be celebrated.” Not only is the left’s view misguided – technology remains the central driver of improvement in most Americans’ lives – but Teixeira writes that this attitude leaves “techno-optimism to the libertarian-minded denizens of Silicon Valley.”

He identifies two causes of this techno-pessimism. The first is growthphobia. This has become particularly pronounced as climate change has worsened and the discipline of “ecological economics” has gained adherents on the left. One of the leading thinkers in the field writes, “so what we need to do now is make the transition from the growth phase [of the economy] to the steady state.”

There are two problems with this rejection of growth. The first is that from an environmental perspective it’s mistaken. U.S. GDP could increase by a factor of 10 and the environmental impact could be massively less than today if America transitioned to clean energy and other environmentally protective technologies and practices.

The second is that “steady state economics” leaves Americans, including the 85 million American households who make less than $100,000 a year, high and dry; no more growth for them or their kids.

Another reason for growthphobia is that much of the left has come to believe that technology-driven productivity growth no longer benefits the average American worker. Much of this has come from the flawed, but widely quoted analysis of Piketty, Saez and Zucman which claimed that the richest 10 percent of Americans reaped 90 percent of the benefits of growth from 1973. The New York Times’ David Leonhardt highlighted this work and that in turn was widely read and reproduced.

But as liberal labor economist Stephen Rose has shown, that work is riddled with methodological assumptions that don’t hold up to careful analysis. Rose concludes: “Productivity growth—even the relatively weak growth of the last 15 years—has benefited most households. Yet this analysis does not show, and should not justify, an Ayn Rand-like approach that leaves everyone susceptible to the vicissitudes of the marketplace. It is clear that inequality has grown, and stronger measures are needed to address it, including higher tax rates on the wealthy. But better analyses of what is really happening with income growth for U.S. households suggest we need more effective growth and opportunity policies.”

In other words, liberals need to embrace growth once again, albeit with better and more generous opportunity policies. Doing so is good politics and good policy.

Second, he argues that the left now views technological change with dread, reviving “Luddite” thinking that holds that technology is destructive. All too often liberal want to ban technologies, such as facial recognition systems. And if a technology can’t be banned, it should at least be taxed or heavily regulated. In his quixotic run for the Democratic presidential nomination, NY Mayor Bill de Blasio wanted to do both: put in place a robot tax and a federal automation regulatory agency that companies would need to get permission from to install productivity-enhancing technology.

This is bad economics as it would slow the pace of innovation and growth. It’s also bad politics as most Americans hold favorable views of both tech companies and technology. The April 2019 Edelman Trust Barometer found that 73 percent of U.S. respondents express faith in the technology sector, higher than for any other industry. Another poll by USA Today Network and the Charles Koch Institute found that 67 percent of Americans believe that technology has improved their generation’s quality of life and 58 percent expect technology to continue improving quality of life for the next generation.

As technology becomes even more important in addressing major U.S. challenges, including stagnant incomes, needed for cures of diseases, and climate change, the left will need to get over its technopessimism if it wants to obtain and retain power and advance the lives of average Americans.