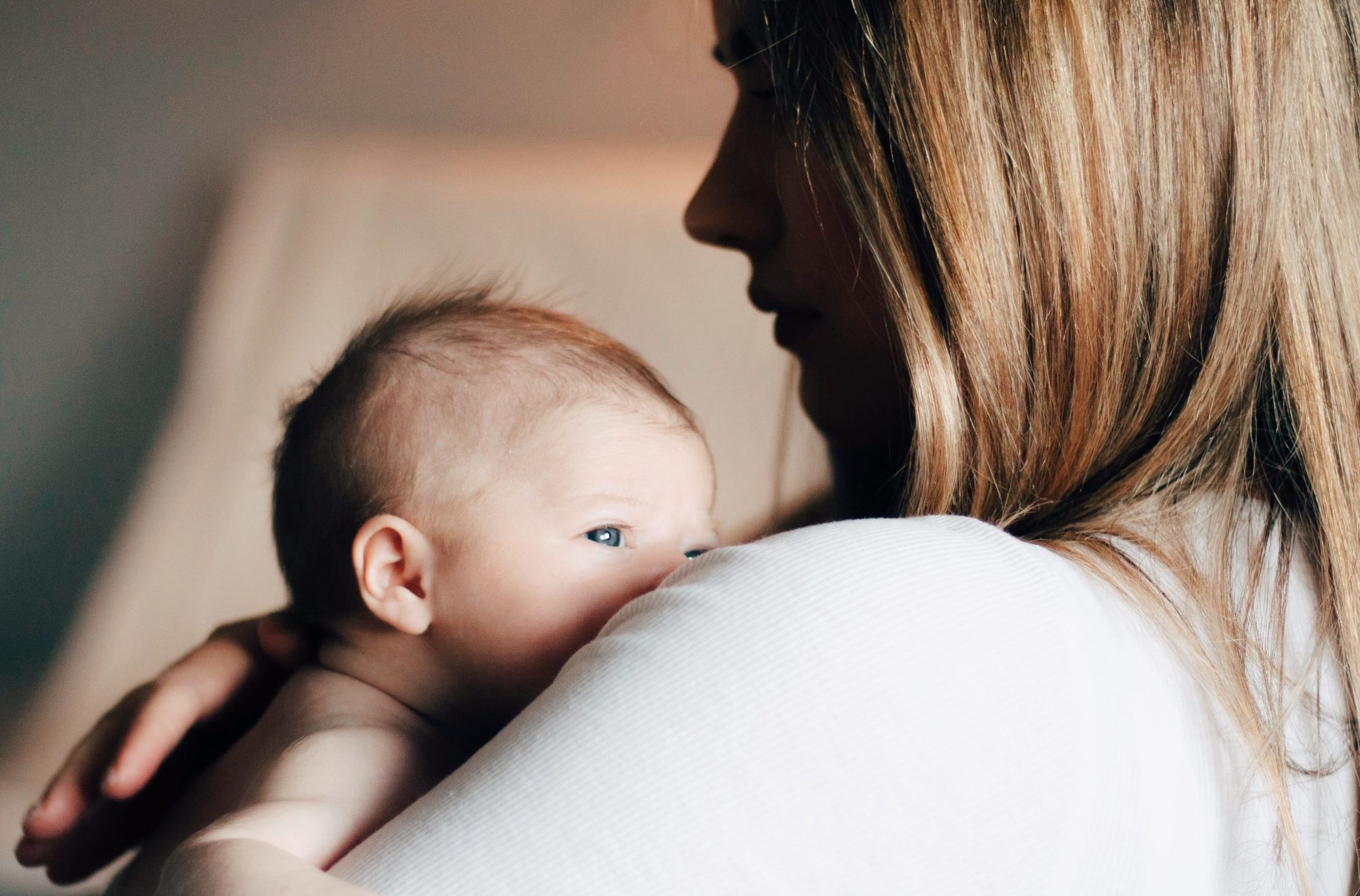 Lots of people have been talking about “family policy.” Let’s not forget that family policy starts with mothers.

More than half of new mothers experience the “baby blues,” but for some, it becomes even more serious. I know firsthand. In 2014, I had my first daughter. I managed to stay upbeat, though worn out from life with a newborn. As time went on, it got harder. I remember crying the morning my husband went back to work. How was I supposed to function after only an hour of sleep? Less than 23 months later, we welcomed our second daughter.

I’m not sure if it was the pressure of having two young babies, my hormones, or the stress of my job giving me only two weeks maternity leave that made the transition so difficult. Regardless, my mental health suffered. My husband’s paternity leave only allowed him two days at home. After that, it was me alone with the girls. I was up all night, breastfeeding around the clock, and then getting up with the two-year-old when my husband left for work. It felt like I was alone on an island. None of my family lived nearby, and I was never the kind of person to ask for help.

Around three months postpartum, my mood took a major shift. I remember driving over one of the many bridges in Pittsburgh while my girls screamed in the backseat. For a second, I had the thought—“I could just pull over right here and jump.” The tragic reality is that some moms have. When those thoughts became more vivid, I sought help. I’ve been in therapy for over four years, and I wouldn’t change it for the world.

I was never officially diagnosed with postpartum depression (PPD). But the fact is, I felt like and thought about killing myself. I’d panic when I thought of all the ways my baby could die, or all of the ways I could mess up. Even to this day, I think back to some of the mishaps and my chest gets tight. Like the time I fell asleep holding my littlest one at only four days old; I could have killed her!

When I hear of families losing their loved ones to PPD, I wonder how that death could have been avoided if our country had a better support system. During pregnancy, mothers are constantly going to the doctor for care. After delivery, that care drops, and the mental health evaluation is a black-and-white form on a cold clipboard asking her to evaluate herself six weeks later. I remember doing these evaluations. Do you feel overwhelmed? Aren’t all new mothers? Do you feel more sad than usual? I don’t know. If these questions are answered wrong, could my baby be taken away? Best to err on the side of caution: I am great. I feel wonderful. I love motherhood. There’s nothing wrong.

Then, there’s the pressure of the new baby visit. The pediatrician telling you that your baby lost weight, and you need to pump their weight back up. Am I a bad mother? Am I failing at breastfeeding?

Let’s not forget about the pressures of the workforce. My job gave me two weeks off. They could have demanded that I returned immediately due to their number of employees, and if I had refused, they could have fired me. Sure, I could have tried to argue about ADA, but that would have meant facing a battle while recovering from childbirth. This story isn’t unique. Facebook mother groups are full of women talking about their employers demanding they return after delivery.

If our lawmakers and health care system could take postpartum care seriously, both at work and in doctors’ offices, there’s a chance women could feel less pressure and find more support. It should be illegal, regardless of company size, to demand a mother return to work before she’s even stopped bleeding. We should look into postpartum home visits for mother and baby by social workers and midwives, like they do in other countries, to help mothers feel less pressure and more support. When people talk about “family policy,” it should include maternal health policy, including pre- and post-natal care. After all, when a baby is born, the mother’s journey isn’t over; in some ways, it’s just beginning, and mothers in America deserve to be cared for.

If you or someone you know is having thoughts of suicide, call the National Suicide Prevention Lifeline at 1-800-273-8255 (TALK).

END_OF_DOCUMENT_TOKEN_TO_BE_REPLACED See more from this series

Bianca Labrador is a wife and mother of three. When she's not busy vacuuming up Goldfish crumbs, she can be found reading, working on an art project, or playing World of Warcraft, where she fights for the Alliance.