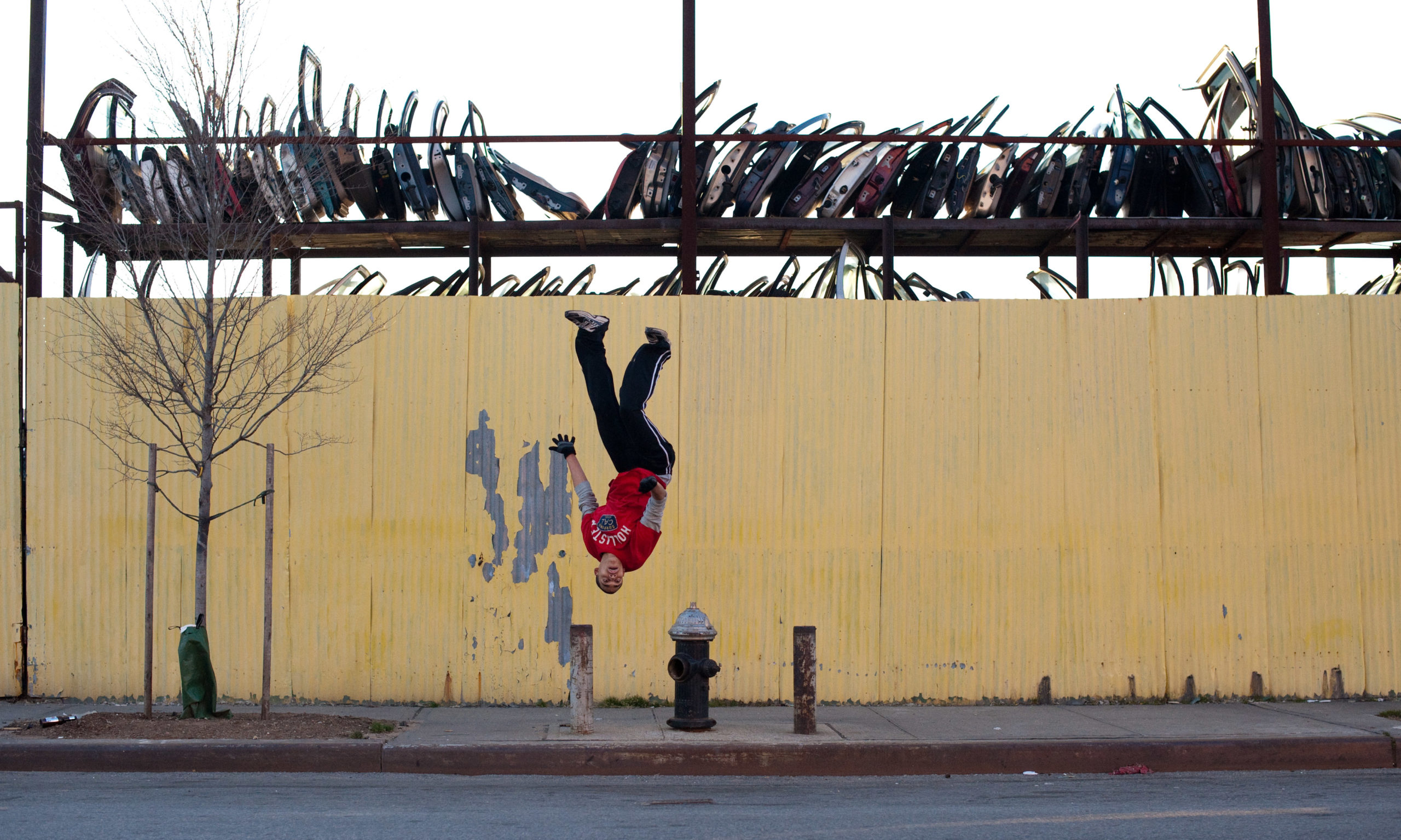 Our country, we tell ourselves, is a place where anyone can make it if they study enough, and where the smartest rise to the top. Grow up in a sad town with only empty lots where factories used to be? Hit the books, spend your days in the library memorizing dates, equations, and working out that brain. Get A-pluses on those tests to get a golden ticket straight to Princeton or Yale, or if you only got A’s, Cornell or Duke. Then go directly to a high-paying job in New York or DC, where you get to spend your days climbing the corporate ladder, and nights eating bespoke this or that.

For the smartest of the smart, the cleverest of the clever, we have a special reward. You get to work on Wall Street, where your cleverness will make you millions. Where you sit in front of a wall of computers, watching flashing numbers flash, and betting on them to flash a certain way. Where you help navigate companies through mazes of rules and regulations, avoiding taxes here, lowering pay there, all while getting a nice pot of gold for yourself. Where you study accounting statements, to find companies who pay their employees too much, then buy the company, load it up with debt, fire the employees, and hire new, cheaper ones.

Or where you spot companies with too much debt, that pay employees too much, and don’t have any vision, and you short the fuck out it. That is, you sell their stock, lots of it, because you can do that on Wall Street even if you don’t own it. Then you go on CNBC and tell everyone why the company is shit and they should sell the stock as well, and then you go to dinner with friends and tell them to do the same. Maybe you reach the next level of cleverness and instead of just selling the stock, you sell calls or buy puts. Or maybe you buy even more esoteric financial products, ones your college friend helped to invent. Because they are clever like you, although they didn’t get a golden ticket out of their town like you did. No. They grew up in Manhattan and so were clearly born clever.

That is the path we tell people to take, if they are clever enough to take it. The path we tell them not to take is to just focus on making enough money so they can enjoy themselves and live a good life, as they define it. 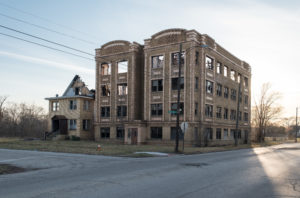 Certainly don’t laze about smoking weed, or even worse, mango Juul pods, playing that god-forsaken game machine. That PS fucking 4, or whatever. My generation, we didn’t sit staring at a computer, wasting our days away. We made things. We worked out our bodies. We built things. Come on. Make something of yourself. What are you going to do all your life? Stock shelves during the day, and eat nuggets and play that game at night? What are you, a loser? Be like Jim. You remember Jim. He studied hard, went to Harvard, and now works at a big financial firm. Come on, you lazy loser. Make something of yourself.

It is pretty simple. At the very, very top of our meritocracy is a big game called Wall Street, that the smartest and cleverest get to play, and get paid big bucks for it. They get to choose their character: Trader, Salesperson, Broker, or Lawyer. The traders get to choose their weapon: Stocks, Bonds, Mortgages, Derivatives. Then they are off, navigating different levels, slaying this and that company, currency, or country.

Below that is that vast landscape of losers who spend their days building roads, growing food, flipping hamburgers, teaching kids, building small businesses, landscaping yards, and their nights shooting hoops, or reading books, or caring for kids, or going to church. Or, God forbid, playing XBOX or PS4. Those are the worst.

A lot of those losers, of every variety but especially the people who play video games, also spend a lot of time on Reddit, or Discord, or Twitch, live-streaming, shitposting, and just having fun.

When they were doing this, some of them noticed that Wall Street was also just a game, and a very profitable one. Sure, it was a little different than Zelda, or Grand Theft Auto, or Demon Souls, but it was a game nonetheless. So they started dipping their toes in and learning this pretty cool and serious game. Then they started telling their friends about it, who told their friends and so on and so on.

Some made a little money here and there, others got run over, but hey, it was just another game. Cool. Of course they were the outsiders, the losers, the clowns fucking around for shits and giggles. They understood that. They knew nobody treated them seriously. Hell, they had been called lazy losers all their lives. Might as well embrace that. So they proudly named themselves “Degenerates” and “Autistic Retards.” Own the stigma, because you ain’t gonna ever shake it or lose it no matter how hard you try.

They dabbled here and there, got a little better at it, and soon attracted a few serious players with serious money into their fold. Wall Street players, slumming it, who saw a community of misfits they could lead, teach, or scam, depending on their ethics.

So it went, and their numbers and ability grew, and then this summer some of the cleverest Wall Street players, who specialized in making big bets on companies failing, came after GameStop, something they had personal views on. That perked up their interest. Making it even cooler, some legitimately skilled Wall Street players who had joined their island of misfit toys pointed out that GameStop was a good buy, not a good sell, and convinced some of the degenerates to join them.

Also, this mob of shitposters and neophytes was really learning the Wall Street game, and they noticed a flaw and weakness in it. The big players going after GameStop had left themselves exposed. Really exposed. So they did what any gamer does. They attacked by buying GameStop, and hyped and hyped it until everyone smelled blood and joined the attack, and bought GameStop.

It worked. Kind of, and unexpectedly. GameStop, which was trading at $5 or so this summer is, as of this writing, trading at $300, give or take $150. A head-turning move even by Wall Street standards. The dog caught the car. The losers got to level twelve of a game nobody, including themselves, thought they would get past level four of.

But Wall Street doesn’t take kindly to having its flaws exposed. Clever people rarely like to be shown up, to be seen as only slightly clever.

So they will eventually fix the rules, change the code, tighten up the system, to keep their game sacred and clean. The result will probably mean GameStop eventually going back to near where it had started, give or take $50 or $75, with a whole lot of hype, noise, and dust kicked up in between, and a whole lot of money changing hands.

For Wall Street, this whole messy thing, if they play their cards right, and they almost always play their cards right, will just be a blip in the markets. Just a story to tell over cigars and golf, about that short and gamma squeeze of ’21, when Tom, Gabe, and Steve dropped a few billion in a month, but Mike, Rod, and Stacey made even more, and those losers on Reddit rightfully got handed their asses.

Wall Street will be right. For bankers this will just be another day at the office, another of the many market blow ups that don’t impact them, but impacts everyone else. Another thing those normies are outraged about to roll their eyes over.

The lesson taken away by those losers, and everyone else not on Wall Street, is more important, insightful, and dangerous though. It will be that there isn’t a meritocracy, or at least a justified one. It will be that everyone is just playing games. Those at the top get to dress up their game, even though it is destructive to everyone else, as legitimate, call playing it a career, and get rewarded mightily for it. Others, like them, have to make it a hobby, and even though it is just harmless fun, get scolded for it.

This will harden a cynicism that already exists in large parts of America. A cynicism that will convince more and more people to play all of their life, recklessly. To do what is known in gaming circles, as Int-ing, or Intentionally dying. Running madly at the boss, unworried if they are going to lose, suffer, or die.

Because if you are not going to be allowed to win a rigged game, you might as well ruin it, and extract just a tiny moment of joy from that.