I Finally Agree With Krugman 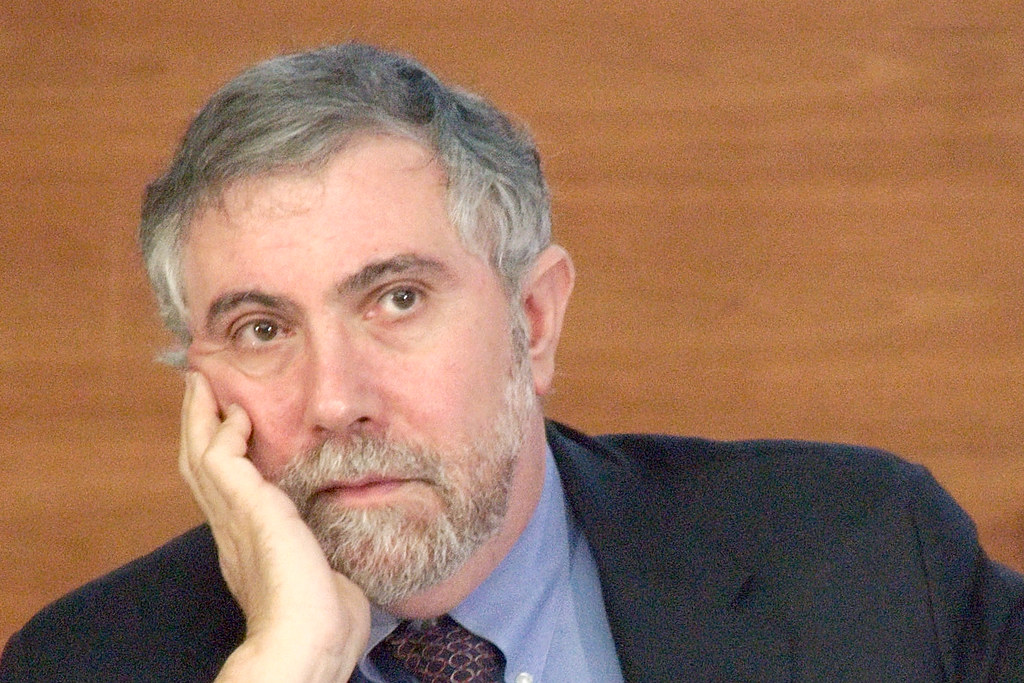 I never thought I would find myself in wholehearted agreement with Paul Krugman. That is, until I ran across the following passage from his 1996 book Pop Internationalism:

“If top government officials are strongly committed to a particular economic doctrine, their commitment inevitably sets the tone for policy making on all issues, even those which may seem to have nothing to do with that doctrine. And if an economic doctrine is flatly, completely, and demonstrably wrong, the insistence that discussion adhere to that doctrine inevitably blurs the focus and diminishes the quality of policy discussion across a broad range of issues.”

Krugman was of course crying crocodile tears about how policy makers were veering from neoclassical economic orthodoxy towards — get ready for it — a competitiveness-based economic doctrine. Oh the horror.

But he had little to worry about. Whenever some pundit or scholar who didn’t care about his or her reputation proposed an alternative to neoclassical economics grounded in competitiveness, the response was a vast silence, unless of course, the ideas started to get some traction as they were in the late 1980s and 1990s. Then the economist priesthood resurrected the Spanish inquisition and burned the heretics at the metaphorical stake.

Case in point was the idea that the United States needed an industrial policy. The response from the neoclassical priesthood was swift and severe: no, in fact, “hell no.” Gary Becker wrote that “[t]he best industrial policy is none at all.” John Williamson, the economist who coined the term “the Washington Consensus,” wrote “[l]ittle in the record of industrial policy suggests that the state is very good at ‘picking winners’.”  Larry  Summers, wrote that government “is a crappy VC” (venture capitalist). I guess investing in the Internet, GPS, radar, jet engines, fracking, LED lighting, microwaves, networked computers, the human genome, and wireless communications was “crappy.” In a seminal article, Brookings economist Charles Schultz put the nail in the industrial policy coffin, writing “We have enough real problems without creating new ones.”

These views were not the product of empirical economic research. In fact, when economic research found that industrial policy led to faster GDP growth, economists still rejected it because it distorted the market. As when Larry Summers and Alan Auerbach did when they estimated that retaining the investment tax credit for new capital equipment would lead to more machinery investment and a larger GDP, but nonetheless government should get rid of it (which it did in the 1986 tax reform act), because, get this, it reduced housing starts. They got their wish: more housing starts and a housing bubble; less capital investment and a productivity slump.

But Krugman is right: today, the dominant neoclassical economics consensus, is flatly, completely, and demonstrably wrong. As Lord David Sainsbury writes in his outstanding new book “Windows of Opportunity: How Nations Make Wealth,” Anglo-American nations has been guided by the “market efficiency” school. The result has been a widespread unwillingness to view government roles as critical to boosting innovation, growth, and competitiveness.

It’s time for a new approach, what Sainsbury calls the “production capability” school and what Mike Lind and I call “national developmentalism.” Under this school, the key question for economic policy is how well it enables enterprises to be more innovative and efficient. Rejecting the old neoclassical doctrine in favor of the new national developmentalism is the most important economic policy task for our time.

But that doesn’t mean it will be easy to change hearts and minds. Indeed, Krugman writes that “it takes a very courageous or very reckless economist to say publicly that a doctrine that many, perhaps most, of the world’s opinion leaders have embraced is flatly wrong.”  So call me reckless, but neoclassical economics is flatly wrong, and it’s time for the Washington to embrace national developmentalism. The good news is that if this happens at least Krugman will not run out of jeremiad material for his next book.