If We Can’t Agree on a Global Minimum, Abolish the Corporate Tax 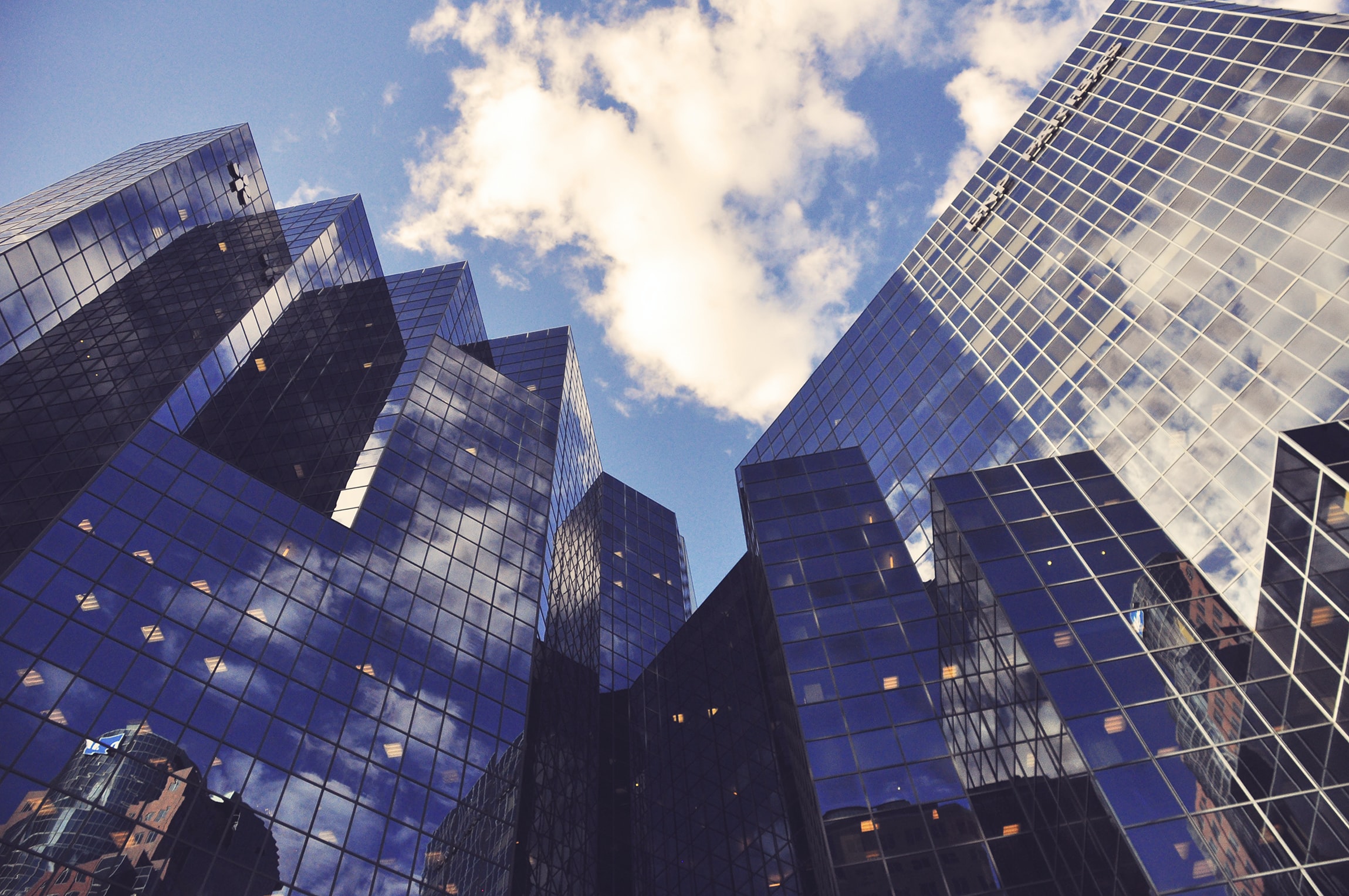 Photo by Floriane Vita on Unsplash

Along with his proposals to raise the U.S. corporate tax rate to 28% (President Trump cut it to 21% from 35%), President Biden has offered something up to his global counterparts that has been around for a while, but which no U.S. president had heretofore seriously contemplated: a global minimum corporate tax rate of 21%, which would be paid by large businesses wherever they operate. The aim is to mitigate international tax arbitrage, which is facilitated by global multinationals that book paper transactions in low-tax jurisdictions such as Ireland or the Dutch Antilles to substantially reduce their tax bills.

Of course, all of this will require a degree of global coordination that has never been seen. Unless all relevant countries go all-in on the Biden proposal, it’s an idea that will go nowhere.

If President Biden is serious about genuine tax reform, however, he doesn’t need to secure international agreement. Instead, he could introduce something even more radical on the domestic front: revisiting the concept of corporate taxation, considering it relative to more productive alternatives, or, even better, eliminating the federal corporate tax altogether.

It may come as a surprise to many readers that arguments about radically altering the concept of corporate taxation do not hail exclusively from right-wing libertarian think tanks, but also have some surprisingly progressive progenitors, who wanted to ensure an equitable tax policy with a fairer distribution of wealth and income without destroying the country’s economic dynamism and entrepreneurialism. Ultimately, Biden’s aim here should be that everyone pays their “fair share,” while also facilitating the use of fiscal policy for stabilization and growth objectives.

To begin with, it’s important to note that corporate tax revenue is hardly a big source of income for the federal government. A recent paper by economists Edward Lane and L. Randall Wray illustrates that“inflation-adjusted receipts from the corporate income tax averaged around $200 billion a year over the postwar period; thus, as a percent of GDP and total tax revenue, they have become much less important over time.” There is also the sheer cost of compliance with an increasingly complex tax structure: Lane and Wray cite a 2016 analysis by the nonpartisan Tax Foundation, which estimated “that the estimated tax compliance costs for US businesses was about $147 billion, with another $46 billion spent by owners of S-corporations.”

Even if corporate taxes were raised (as outlined in Biden’s latest infrastructure proposals) and the pool of taxable income were found in all the corporate shelters, there is potentially a better place to extract taxes that would have less of a penalty on business: a financial transactions tax could easily offset the lost revenue. A 2015 study by Professors Robert Pollin, James Heintz, and Thomas Herndon analyzed the 2015 version of Senator Bernie Sanders’s Inclusive Prosperity Act and “concluded conservatively” that the proposed financial transaction tax (FTT) could raise an additional $220 billion annually, even accounting for a projected 50% decline in trading volume and some tax avoidance as a result of introducing the FTT. This kind of tax would also have the additional benefit of curbing unnecessary financial speculation and financial rentierism. And even if one concedes that the liquidity of some financial assets would be reduced, one has to question the social utility of something like computer-generated high frequency trading, which has contributed to market meltdowns in the past. And it’s hardly likely that long-term capital provision for companies will be severely affected if the funding takes a few hours (or days), rather than a nanosecond or two.

As noted earlier, proposals to eliminate the federal corporate tax are not grounded in some Chicago school fantasy to defund the government and destroy the kinds of programs that the Biden Administration is seeking to introduce. Calls for its abolition started with the writings of former Federal Reserve Governor Beardsley Ruml (who was, for a central banker, a surprisingly progressive supporter of the New Deal). Ruml argued that corporate taxes distorted decision-making—it meant that businesses essentially were taking actions to minimize taxes rather than those that would otherwise make the best business sense.

Two of those types of actions are highly relevant today. First is the bias corporate taxes produce for debt financing over equity financing because interest can be written off as an expense, which means that corporations have an incentive to take on debt rather than to finance investment out of earnings or equity issues. Ruml noted that this could lead to excessively risky debt build-up. History has proven him 100% correct on this score.

Secondly, Ruml observed how tax arbitrage often meant relocating corporations, which could be against the national interest as jobs were shifted abroad, and valuable social capital got degraded in the process. In today’s hyper-globalized economy, higher rates on corporations encourage relocation, which then rewards a competitive race to the bottom among nations—as they slash wages and taxes to try to attract multinational corporations.

The corporate tax, Ruml argued, was ultimately paid by stockholders, employees, and consumers. That argument still applies today. Stockholders pay a portion because their returns are reduced compared to what they would be without the tax. Exactly how much of the tax is passed to owners is not known. However, note that owners also pay taxes on their income and capital gains that result from ownership. Many others have pointed to this “double taxation” from both ends of the political spectrum: the main argument being that if the corporate tax is eliminated, one also eliminates the problem of double taxation—the taxing of corporate income and distributed dividends. That said, this is less important than the fact that a tax system should not incentivize bad economic behavior. At the end of the day, if it is desirable to tax income accruing to corporations, the best solution would be to allocate all corporate profits to owners and to tax them as income through the progressive income tax.

It is impossible to know exactly who pays how much of the taxes on corporation profits. It is certain, however, that the stockholder does not pay all of it and, indeed, he may pay very little of it. This tax becomes another cost of production and gets passed along, either in higher prices or lower wages — which includes inferior work conditions.

Economist Hyman Minsky also agreed with Ruml. As Lane and Wray note, “Minsky too contended that imputing corporate income to owners, and then taxing it through a progressive income tax, would help to reduce the incentive to avoid taxes in this manner.” Again, this has nothing to do with a government’s need for revenues but rather with the equity of the tax burden.

It is true that despite the theoretical argument that much if not most of the corporate tax burden is borne by employees in the form of reduced wages or consumers in the form of higher prices, the reaction of shareholders to changes in corporate tax rates clearly suggests that they consider themselves the bearers of a substantial portion of the burden: Witness the gains in U.S. stock prices last fall as the prospect of decreased U.S. corporate tax rates became increasingly likely. On the other hand, markets are never as perfect as the economists predict, and capital (particularly in the U.S., according to the literature) tends to have a strong home country bias, the result of which is that the benefits of lower rates are not equilibrated globally.

What is less contestable, however, is that in the long run corporations strive to maintain and improve their profit margins—and do so by raising prices and/or cutting costs, including wage and benefit costs. One could just as easily argue, therefore, that markets are simply intuiting that the burden of an increase in corporate taxes is ultimately shared by consumers and the factors of production, including labor, as opposed to adversely affecting the corporations’ profitability per se.

That said, we might be able to dispense with the corporate tax if we were to adopt a flow-through treatment for all corporations or tax share gains on an accrual basis. If corporate taxes were eliminated and replaced with an ordinary income tax on the change in value (unrealized gain) of stocks of publicly traded companies and book value for private companies, and all realized gains and distributions taxed as ordinary income, life would be a lot simpler—and we wouldn’t have the anomalous scenario of Warren Buffett paying less tax than his secretary. Yes, moderate income people also own stock, but many have their stock in retirement plans that would escape the proposed new tax until distribution.

As for double taxation, this could be addressed through a dividend gross-up and tax credit for dividends received by individuals and a deduction for inter-corporate dividends (which effectively renders them tax-free)—techniques that countries such as Canada and Australia have used for many years, while the U.S. has traditionally maintained a so-called “classical” system, which means double-taxed corporate source income.

Over the last few decades, major corporations have been under tremendous pressure to avoid, evade, or shift taxes in our hypercompetitive, globalized world, in which labor and tax arbitrage is encouraged. While trying to create global industry standards and maintain global intellectual property rights, trade bodies such as the WTO do not also insist on common labor standards or tax rates.

Effective tax rates have fallen considerably over the years to the point where the corporate tax is no longer a major revenue source for governments, but simply an invitation to make our tax system a political plaything for lobbyists and oligarchs. Imputing total profits to shareholders in lieu of a corporate tax would eliminate much of the perverse economic behavior driven by domicile shifting and debt buildups. If President Biden wants to do genuine tax reform, he should stop taxing corporations altogether and tax the shareholders, who stand to gain the most from the imputed profits.