In Whom We Trust 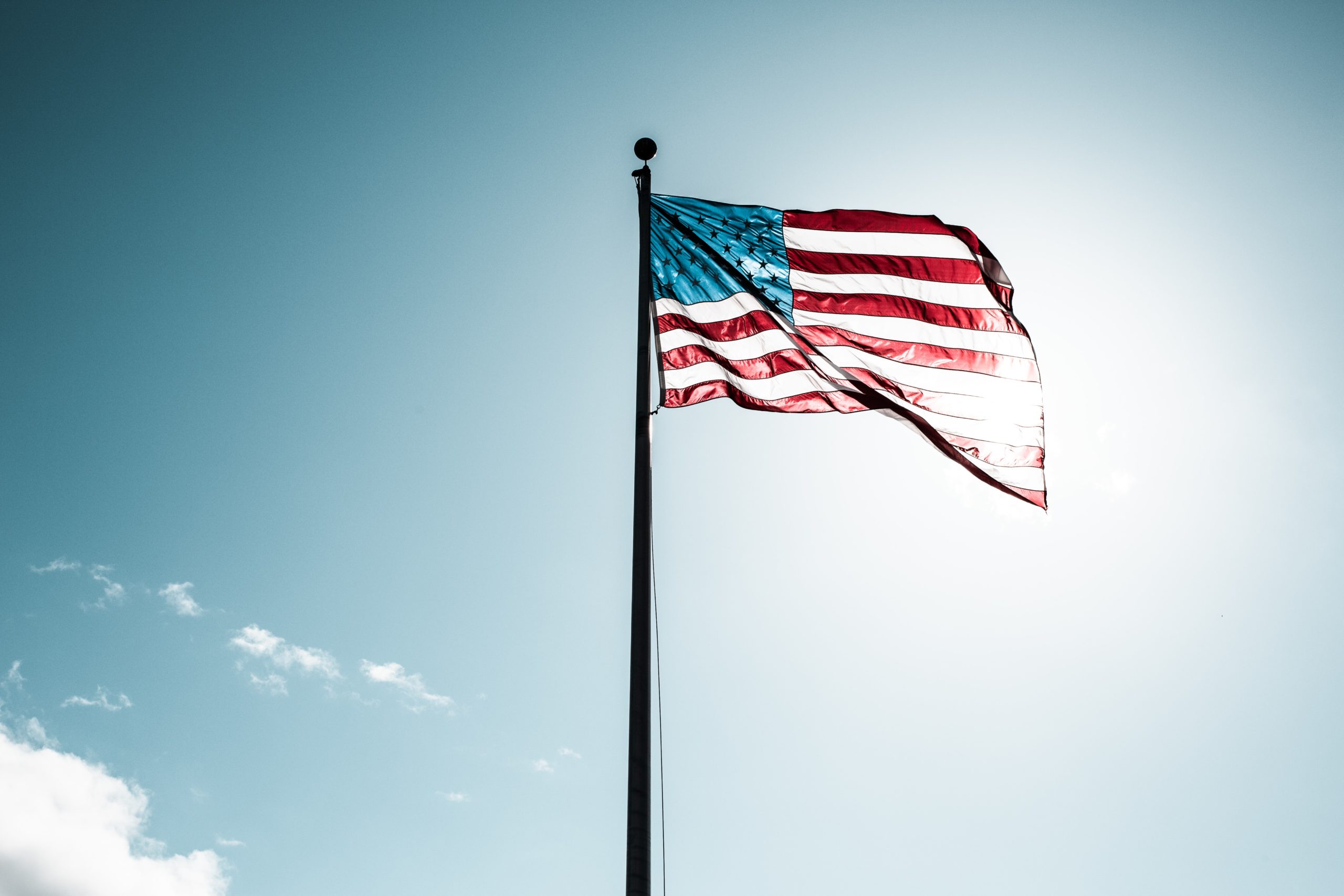 We watched the Inauguration on a laptop at our kitchen table while two toddlers nibbled chicken quesadillas and the baby fussed intermittently. As I was getting misty-eyed at JLo’s rendition of “This Land Is Your Land” and “America the Beautiful” and generally feeling a hopeful swell of patriotic sentiment (perhaps soaring highest at Amanda Gorman’s magnificent performance), my husband David’s phone buzzed with a text from a former neighbor: “RIP America. 1776 – 2021.”

While many in the country are breathing a sigh of relief, the mood about our small town in southwestern Ohio, still bedecked in Trump signs and flags, is more troubled—something David and I wrote about in a piece published last week in which we reflect on the role of loneliness in our current moment.

We’ve been hearing scattered talk about civil war for months, but after the storming of the Capitol that fear seems more widely unleashed. The weekend after January 6th my neighbor’s daughter Emily, who recently finished a CCW class, spent four and a half hours waiting in line to buy a pistol. She said that everyone is purchasing guns because “you never know what could happen.” A lot of her friends are talking about the possibility of violence and she tells me that ammo is in such demand the price has jumped from around $15 a box to $35 and is limited to one box per customer.

Emily has joined the ranks of first-time gun owners, a trend happening on the right and left, and her pistol now sits locked in a safe. As we talked, we stood outside on opposite sides of the street, socially distanced in the chilled air, the occasional car driving between us. But I could still see the creases in Emily’s forehead, a wearied expression, as she told me that she really hopes she never has to use it.

Lance, a utility locator who is married with five kids, also worries about civil war. He’s a family man, laid-back, a guy who prides himself on being an independent thinker who doesn’t just parrot the views of one party. He drives a vehicle with a blue and yellow equality bumper sticker, his wife is considering being a surrogate for a gay couple they know. He has friends, family, and coworkers of all races and thinks that people need to stop hating each other. Unlike the boogaloo bois who seek out civil war, Lance says he hopes that there are peaceful ways to resolve the tensions in our nation. But given his presuppositions about the role of government and the direction in which the country is headed, he says that civil war might be necessary as a kind of “reset.”

Like most Republicans, Lance believes there was widespread election fraud, and he is deeply upset by what he views as a direct assault on democracy. “They’re not listening to us when it comes to this voter fraud,” Lance says, explaining that the integrity of the American form of government depends on fair and free elections. “That’s what our whole democracy is founded on. You’re not even going to investigate?”

Though he is emphatic that the loss of life was tragic and unnecessary, Lance is one of the small percentage of Americans who says that they sympathize with the rioters at the Capitol. “I almost like what happened at the Capitol,” he says, explaining that the event was meant to send a message to what he views as corrupt politicians who are no longer listening to the people. “I think we’re kind of on the brink of a war with our own government.” He cites coronavirus lockdowns and mask mandates as examples of the kind of “government overreach” that “people are sick of.”

For Lance, it boils down to the integrity of American democracy. He wants the people—not corporations or politicians—to wield power. A fair and free election is therefore fundamental. But Lance has been convinced that’s not what happened.

Our current unrest then may be less a dispute about political philosophy (as much as it gets characterized that way with memes about socialism and fascism) and more about who we trust to help us interpret reality.

So it’s not that all of a sudden people don’t care about facts or they’ve drunk something that’s made them stupid. It’s that we have lost our ability to trust one another and we have lost our ability to trust any sources of information that are widely shared. It’s a great tragedy and the only way to recover that in the final analysis is, not to call each other stupid or say how come you don’t understand the facts, but to rebuild the fundamental social trust.”

(It doesn’t help that many of the more respected sources of information are behind a paywall, yet another example of how the growing class divide forms unexpected and far-extending fractures in the social landscape.)

When asked if he trusts President Trump, Lance pauses, takes a breath, and exhales loudly. “I trust him more than anyone else. But I don’t wholeheartedly trust anybody. I always keep an open eye. I always watch for things.”

Our leaders bear special responsibility. Suffering and hardship can either be the forge of national unity— as it was for the WWII generation that we are now fond of heralding as “the greatest,” or as it was when we mourned the dead of 9/11 and donned I heart NY shirts with pride—or it can be exploited by those who stoke division in order to gain power and popularity.

At bedrock I think most Americans do share the “the common objects of their love” that President Biden listed in his inaugural address—opportunity, security, liberty, dignity, the truth, among others—as well as his hope for unity, though there persists a strong skepticism about its possibility.

There is also a question about how inclusive that vision of unity is. It was good of President Biden to specifically reach out to Trump supporters in his address. His kitchen table and lying-in-bed-at-night-worrying talk makes it clear that he understands their economic anxiety. What is less clear is if he understands their cultural anxiety. I hear a lot of Trump supporters express fears that religious freedom will be undermined, that their tax dollars will fund abortion, that their daughters will be unsafe in public restrooms, that their second amendment rights will be taken away, that the government will put their kids in reeducation camps, that Christ will be kicked out of Christmas. One friend with these concerns posted on her Facebook page: “It’s so sad that I don’t feel safe here anymore . I worry to go to bed at night . I worry for my children. And I will continue until election 2024 when I can have a president agian.”

Some of these fears are hyperbolic, particularly in a nation still haunted and harried by the sin of racism, and where immigrants fear deportation and family separation. Furthermore, I know that some will see white-working-class cultural anxiety as evidence of underlying white supremacy. (Which to be clear is not the way they see it.) But whether or not the anxiety is ill-founded, it is sincerely acquired. It keeps people up at night. They worry about their kids and grandkids.

Despite deep differences that will persist, I maintain that both sides have more in common than we might think—including a zeal for the Constitution and the integrity of the American system of government. (Albeit a troubling disparity in views of what actually happened in the 2020 election.) And though the peacemakers among us are not always the loudest, start talking to people, even those who are utterly polarized, and you realize that peace is a near universal longing.

Yet given the scale of its breakdown and widespread misinformation, figuring out how to build social trust seems simultaneously too elementary (it is dependent on such simple but unquantifiable things like friendship and neighborliness) and too complex (can democracy work when citizens don’t share a sense of reality?). But we’ve got to try. Comment magazine currently has a nice issue exploring the topic of rebuilding trust, and the work of David Brooks’s Weave: The Social Fabric Project is doing the same.