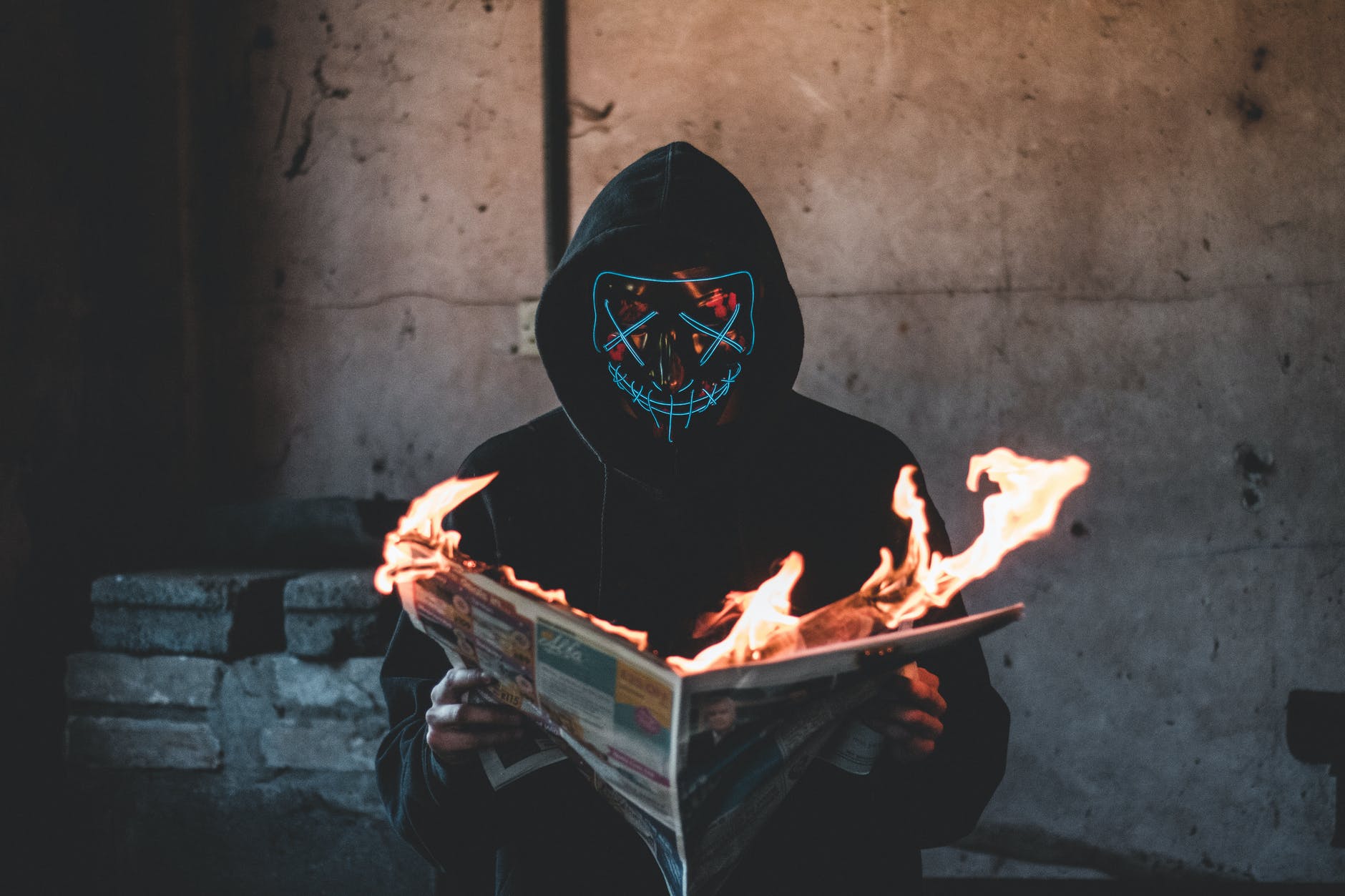 There can be no doubt that Trump gave the press the back of his hand. His refusal to kowtow to upscale media brands offended the vanity of high-level reporters, editors, and talking heads on TV. That need not have disrupted the political-ideological ecosystem. But Trump has had structural implications. He exploded the established relations of political leaders, the media, and the people.

After World War II, a centrist consensus held sway and three national networks dominated television news, which played the dominant role in filtering the news to the general public. In early 1968, CBS news anchor Walter Cronkite outlined the failures of the American effort in Vietnam. A demoralized LBJ reportedly to his aides, “When I’ve lost Cronkite, I’ve lost Middle America.” Soon thereafter Johnson decided not to run for a second term.

The rise of conservative talk radio and Fox News, and afterwards the proliferation of websites on the Internet, ended the monopoly of legacy media. At the same time, the older, more established brands became more and more one-sided, culturally and politically. During George W. Bush’s administration it was already evident that some of the most powerful entities in the Fourth Estate were functionally part of the Democratic Party.

Trump did not cause the breakup of the postwar consensus in newsrooms. He did not undermine the business model based on ad revenue, the collapse of which has all but eliminated regional newspapers and narrowed the range of political opinion filtered through mainstream media. Nor did he oversee the education of the rising generation of journalists, who are much more likely to be politically correct culture warriors than their Baby Boomer bosses. What he did was to say that press served up “fake news.”

The Founders, however much they despised journalists, recognized that the press plays a crucial role in a healthy democratic culture. Media organs are go-betweens. They ensure that citizens are reasonably well informed about matters of public important. They bruit new political ideas and offer analyses of current events.

Of equal importance is the upward flow of information. Cronkite’s turn against the Vietnam War provided LBJ with a real-time snapshot of public opinion. Leaders in a democracy need to know what’s going on in the country they lead. Anyone who disrupts these functions poses a threat to democracy.

Trump did not coin the term “fake news.” The neologism has its origins among left-leaning journalists. But Trump made “fake news” an effective epithet to discredit his critics in the eyes of his supporters. Like his derogatory nicknames for his political opponents, the term is a crude piece of political rhetoric. But it captures an important truth: Media today are not just far more partisan than they were a generation ago; they are also out of touch. More than half a million Americans have died of opioid overdoses. Globalization off-shored working class jobs. Illegal immigration aroused resentment. Wars in Iraq and Afghanistan lost the support of the people, but continued on all the same. These truths were not unknown and unreported in the last decade. But until Trump came on the scene, they were not stories emphasized or widely discussed. By and large, the fourth estate was satisfied to echo the neo-liberal consensus and improvise on identity-political themes.

As a result, when Trump won the Republican nomination and then the presidency, our ruling class was mystified. The mainstream media latched onto explanations that get nods of approval in university seminars: white backlash, hostility to diversity, fearful people duped by a demagogue. These explanations may reassure those whose complacency is challenged by populism. But they’re useless if one wishes to understand twenty-first century America.

Then, in the 2020 election, Democrats raised far more than Republicans. Well-to-do white suburbanites gave Biden the victory. Democrats won a super-majority of the wealthiest congressional districts as Republican gained ground elsewhere. Trump won a higher percentage of black and Hispanic votes than he did in 2016. What are we to make of this? The mainstream media offer little help. They remain strictly quarantined. Huddled in their ideological bubble, they avoid infection by new ideas.

Here we approach an irony in claims that Trump is a threat to democracy. In truth, threats to democratic norms come from media dysfunction. They have performed poorly and leave the public and our leaders disoriented and poorly informed. In 2018, the Pulitzer Prize for National Reporting went to the staffs of the New York Times and the Washington Post. The Pulitzer committee cited “deeply sourced” reporting “that dramatically furthered the nation’s understanding of Russian interference in the 2016 presidential election and its connections to the Trump campaign, the President-elect’s transition team and his eventual administration.” In other words, our media establishment’s highest award in journalism went to newsrooms either so incompetent or so partisan that they were duped by the Russian collusion hoax cooked up by the Clinton campaign in 2016.

“Fake news” is an exaggeration. Falsehoods are not deliberately retailed, as least not in the mainstream outlets I read. Yet there is truth in Trump’s charge. In a well functioning democratic culture, the fourth estate, taken as a whole, provides accurate information and relevant ideas. The press has not done so of late. The media’s insularity and blindness contribute to populist discontent. Indignant editorials claiming that Trump “threatens to the legitimacy of our institutions” is a classic instance of the pot calling the kettle black.

On November 3, a since deleted tweet from the New York Times asserted, “The role of declaring the winner of a presidential election in the U.S. falls to the news media.” We know the intent. “Declares” means communicating to the public the election’s outcome, not determining it. But we also feel a chill running down our spines. We no longer trust the fourth estate to communicate rather than spin.