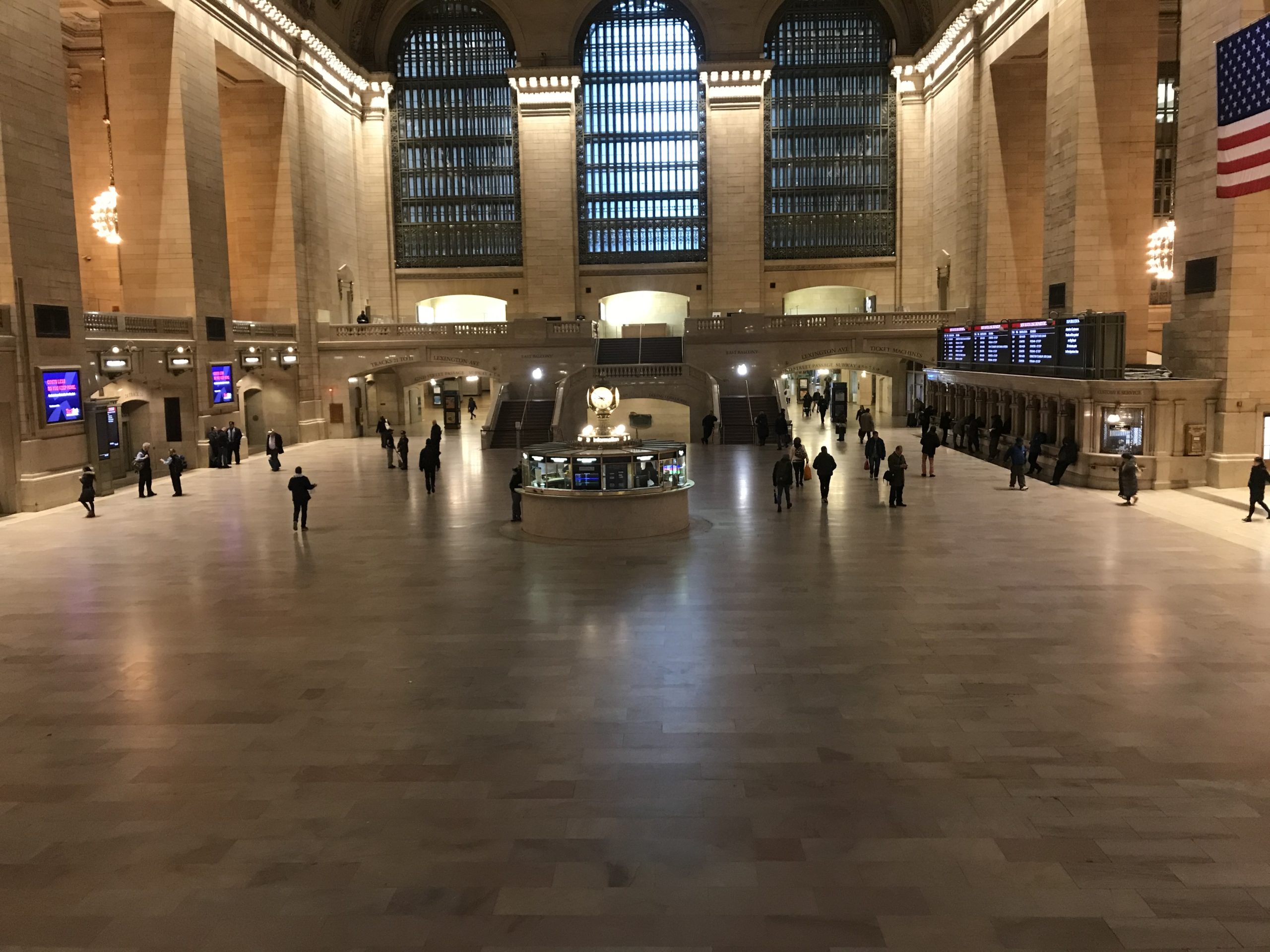 Most of us are fixed on November 3. This is understandable. Elections are important, and this one seems more important than most.

But I live in New York City. As I walk to work each day, my mind does not dwell on Trump or Biden. I go past closed hotels and empty office buildings. At what used to be rush hour, people trickle out of Grand Central Terminal. Subway cars are never full. Last week, returning to the city from JFK, I rode a mid-afternoon LIRR train from Jamaica to Penn Station. It was 15 cars long and held less than one hundred passengers.

These experiences have prompted me to reflect on changes likely to overwhelm the issues at stake in the upcoming election. Here’s one line of speculation.

As many contributors to The Commons have noted, globalization has allowed capital to engage in labor arbitrage, outsourcing low skilled jobs to low wage countries. This has contributed to wage stagnation for working-class Americans, as well as underwriting the relative indifference of our ruling class toward the moral disintegration of working-class communities.

Over the last generation, gains from this arbitrage have fueled huge increases in the wealth of the top One Percent. But gains have also been spread among well-educated “knowledge workers” who have prospered in the post-Cold War economy. Rising home prices (backstopped by Fed policy) have indemnified middle class Baby Boomers lower down the ladder. These features of the economy have made the dramatic gains among the One Percent politically sustainable.

As I walk the canyons of midtown Manhattan and contemplate the empty office buildings, I foresee the next stage of wealth concentration. The work-at-home revolution will lead to wage suppression among the professional classes. It will also suppress start-up competition and internal challenges to C-suite dominance.

Google and other companies are well suited for remote work. It’s notable that they have indicated that they will adjust wages downward. Sustaining a motivated workforce in the Bay Area is an expensive proposition. A staff of engineers and mid-level management dispersed to Boise, Idaho, and Reno, Nevada, do not require the same high wages.

More significantly, the COVID-19 movement from office buildings to work-at-home (and its enthusiastic adoption by workers) sets the stage for labor arbitrage on a global scale. Software engineers and lawyers can be in Bangalore or Bangkok just as easily as Cheyenne or Sioux Falls. Moving high-salary tasks offshore was already happening in technical areas such as radiology. We can expect this trend to accelerate dramatically in the coming decade, a direct consequences of the flight of professionals to their home offices during the pandemic.

In this next stage of globalization, capital holders will see lower labor costs, not just for factory workers but for professional staff at every level aside from top leadership (which will share in the surplus profits). Costs for office space will decline as the in-office footprint shrinks and companies shift their workplace real estate expenses from capital holders to workers.

As Peter Thiel notes, the greatest threat to capital is competition. Warren Buffet wisely observes that the best bets are companies with deep moats. In many cases, established companies face competition from firms founded by former employees. Intel was established by young engineers who thought they could do better on their own than with their employer, Fairchild Semiconductor.

Call me skeptical, but I doubt Robert Noyce and Gordon Moore would have jumped ship if they worked together by email and on video calls. New ventures involve high risks. They require extraordinary trust, which is why they are hatched around water coolers and over beers after work.

The same holds for mutinies. Were I the managing partner of a large law firm, I would NEVER allow my staff to return to their offices. The last thing the top dog wants is for ambitious young lawyers to have unmonitored conversations in office hallways.

These considerations—globalized labor markets for highly skilled workers and inauspicious conditions for start-up competitors—suggest that the Zoom economy will be extremely favorable to existing companies. This means it will be favorable to C-suite leadership and capital holders, allowing for lower labor costs and restricting profit-threatening startups. The upshot will be further concentration of wealth at the very top.

Over the last thirty years, the economic disenfranchisement of working class Americans was palliated by cheap consumer goods. Today, the business pages feature effusive reports about the quality of life benefits that flow from the work-at-home revolution. In all likelihood, those earning $150,000-$300,000 will accept wage stagnation, as did their working class brethren—at least for a while, perhaps a good while.

These considerations suggest that, no matter who wins the election next Tuesday, the migration away from offices to stay-at-home work will lead to the further concentrations of wealth. Return on investment will rise with lower labor costs and will be insulated from competition. C-suite compensation will increase accordingly. The One Percent will continue to gain a larger and larger share of the national income.

Michael Bloomberg promised to spend $100 million in Florida to ensure Trump’s defeat. It was a wonderful expression of the politics of oligarchy. If I’m right about the meaning of the empty office buildings surrounding me, we’ll see a great deal more of the same in the coming decade.