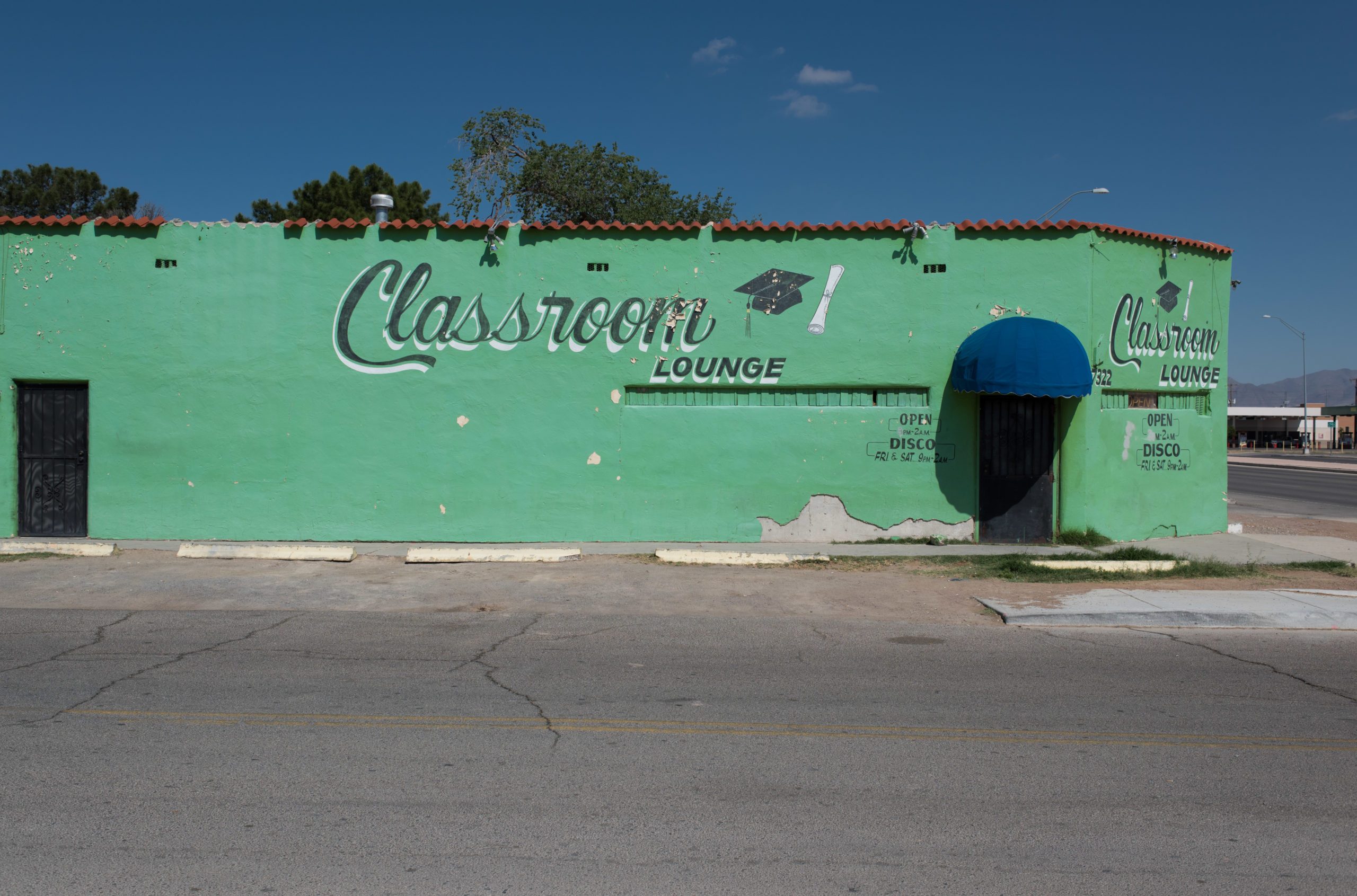 I get criticized for not talking about policy enough, so here we go: No Child Left Behind is a disaster, the spearhead of our misguided attempt to funnel everyone to college.

It has hurt the working class, because it devalues their worldview, leaving them feeling humiliated and labeled dumb hicks or lazy hoodlums. It has hurt the “aspirational professionals” by producing too many college graduates, leaving them to compete over a few high-paying high-status jobs in a few expensive cities. All while charging an arm and a leg that piles debt on them.

It has hurt everyone, with the exception of a few tenured literary critics who get increased status, and the CEOs of conglomerates, who get more resumes to choose from.

Federalization is about imposing a dominant ideology and worldview, and in the case of our educational policy it is about imposing “front rowness”— the idea that everyone should aspire to becoming a tenured professor or a widget engaged in a resume arms race with the rest of the world.

It is a system built by intellectual elites who want everyone to be like them, and humiliates everyone else. It is a system that says anything that can’t be learned in an advanced placement class isn’t that important, like being a good member of the community, or family, or church. Those things are impediments to success. Staying home to care for your parents rather than rushing off to Princeton is an unnecessary speed bump on your way to having your best career!

Those who fundamentally don’t buy into this ideology, which is most of the working class, end up sitting in the back row of whatever school, distracted and frustrated. Throwing spitballs at whoever because they don’t take easily to set theory, or Algebra, or Henry James or Nathaniel Hawthorne. Because they don’t enjoy memorizing whatever they have to memorize for the next standardized test.

They are kids who just want to learn a skill to get a job. Because they are really good with their hands and good with tinkering, always have been. Or they are really good with animals, or good at getting stuff to grow, or they have ‘always been good at caring for people, noticing when someone is a little off and need to be checked on. Like, I always been good that way, especially with my Grandma, who shines up when she sees me come to play checkers. So maybe I will go into nursing you know. But I keep getting D’s in math and history, but if I can get over that hurdle, I sure would love to be a nurse.’

What we need is an educational system that values these kids’ particular world view, their particular skill set, their particular interests, and encourages and trains them in it. The back row kids who are not great at test taking and who don’t really want to go to college. So they can stay close to their parents, grandparents, uncles, aunts, and cousins, and eventually make a decent enough wage to buy a Tundra, a home, start a family, go to church, and eventually host the weekly backyard get togethers their cousins, aunts, uncles, nieces, friends come to. All without being sneered at as a dumb, uncurious, closed-minded provincial hick or hoodlum, because Shakespeare ain’t their thing.

Right now they are sneered at, directly and indirectly. The whole system is constantly probing, measuring, and gauging them. Constantly making them jump over one standardized hurdle after another, and sneering when they fall. So when they finally put it all behind them (thank god!), if they bother to focus on politics at all, they aren’t going to embrace the same group of people pushing the same policies that made them take test after test after test, while telling them their C’s and D’s were because they needed more self discipline, more curiosity, more openness, and more interest in the scientific method. You simple minded kid, vote for me!

Ahead of them, at the front of the classroom, are the clever curious kids who love running off to the library to read whatever and memorize whatever else. For twelve years they are in heaven because we have built a system for them, that embraces them, encourages them, and then whooshes them off to college, and then more college, and then even more college! But when they eventually emerge, maybe after graduating from 19th grade, they discover that although they were the best debater in Portsmouth, Ohio, and at Kenyon College, and one of the better thinkers in grad school, they are only the 75th best debater vying for that one job in Manhattan or that one tenure-track position at Columbia, and the poorest of the 200 people vying for that third-floor walk up in Williamsburg.

So the dream that everyone from their Head Start teacher to their high school guidance counselor, to their literary or intellectual hero on YouTube urged them to follow, of running off to see the world while making a difference, isn’t going so well, and now they are deep in debt from the last masters program that was supposed to make the difference and solve all of this.

Rightfully frustrated, they are now doing what they have been trained to do all their life, which is embracing politics and arguing, loudly and forcefully, to change the world. Which mostly means tinkering with the system that produced them, rather than tearing it all down. Because that is what they know.

So they focus their energies into making the system less painful, to them and their university friends. Like getting rid of college debt, or building more affordable apartments in Williamsburg, or providing more affordable public transportation because they take the damn subway every day and it is fucking crowded.

Some of them recognize that maybe we should throw fewer resources at education, maybe we should funnel fewer people into Philosophy PhD’s, and fewer young professionals into Williamsburg. Certainly their working class Brooklyn neighbors whose rent is skyrocketing agree with that. 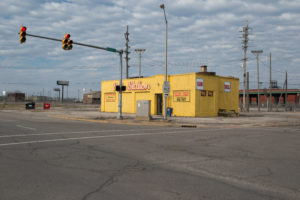 Yet it is the kids sitting in middle row I have the deepest sympathy for because they are the most harmed, and the ones you hear the least about. They are mostly working class kids who don’t really fit into the back row because they are very disciplined, eager, and want do what they are told, and especially want to do the right thing. Which now means going off to college to better themselves, so they go off to college to better themselves, regardless of the cost.

They buy into our faux educational meritocracy the most, swallowing it hook, line, and sinker. They buy the dream peddled by every successful person they have ever run across or heard, from Obama down to the middle school guidance counselor: Education is the pathway to a successful and meaningful life.

So they work super hard to get A-’s and B+’s in their classes and 80’s on standardized tests, and then take the next step and go off to the the best college available.

But they don’t really fit into the front row either, because they don’t know anybody who has ever been to college. Not their parents, or grandparents, or uncles or aunts. Not even a cousin. But all of those relatives are encouraging, even giddy about the idea. They want the best for their child, so they help them apply, to the degree they can help. And when the acceptance letter comes from that far away college with ivy covered buildings (oh my god, real ivy, just like in the movies!), they are so happy they throw a party, complete with mylar balloons, and post the picture on Facebook or Instagram.

They are a little shocked when they see that the cost is like 40K a year, which is a super lot of money, more than dad makes, but mom makes some money too, and they will figure it out, because their wonderful child is going to have the American Dream.

So they apply for loans and eight years later that child is a young adult with 100K in debt working in a government bureaucracy five hundred miles away and missing the weekly family backyard BBQs .

Or maybe it didn’t work, and they are back home in the job they would have gotten straight out of high school, but now four years behind in seniority and 20K in debt. 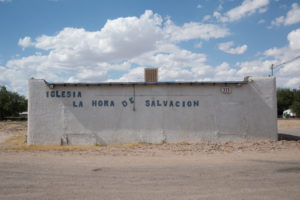 Education is wonderful, so is bettering yourself by getting as much of it as possible. But done on your terms and because you want it for your reasons. Not because you, your community, and everyone else you know, is competing with the Chinese, or the Germans, or the Indians. So you have to take countless standardized tests so you can win a golden ticket to ship off to Princeton and hang with others who are good at taking standardized tests, to then be taught more stuff, to then go to grad school to learn even more stuff, so you might, if you are lucky, get to go to San Francisco and live in an a small room hundreds of miles from your family to start in a firm trading bonds, or helping Google sue someone, or running from teaching one introductory writing course at one school to another introductory oratory course at another school, or maybe so you can write papers for a non-profit funded by a billionaire arguing that we need more education. That isn’t good.

What we have now is a top-down educational system that intellectually strip mines America and humiliates everyone. What we need is a democratic educational system that provides pathways to dignified lives for everyone. That provides Shakespeare and differential topology to those who see the beauty of each, but also provides skills to those who would rather focus on things like music, mechanics, nursing, parenting, farming, or whatever.