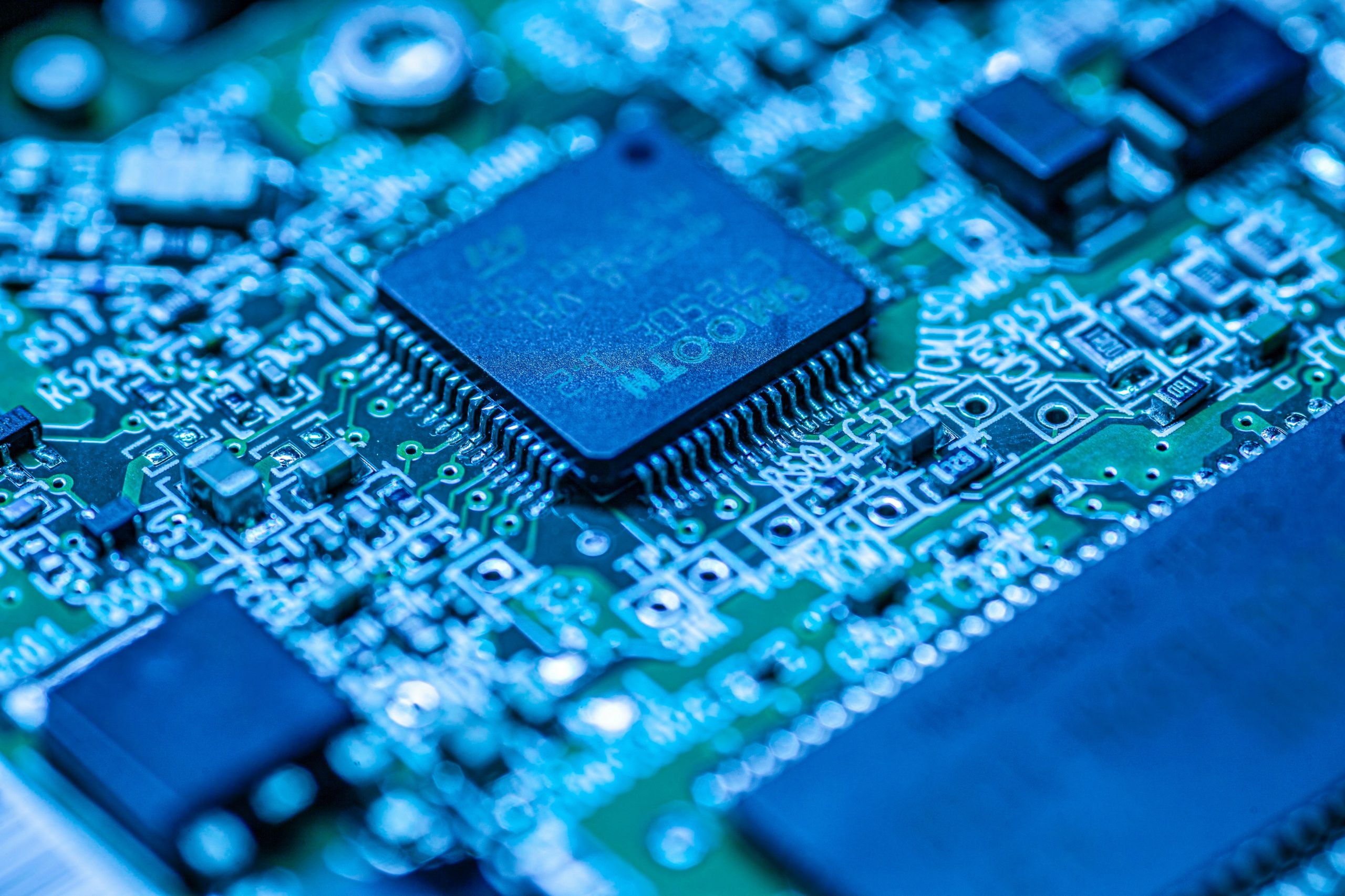 Congress finally appears poised to make progress on a competitiveness bill that focuses squarely on an especially pressing need: support for the domestic semiconductor industry. The case for doing this has been well made in numerous forums, from American Compass’s own Guide to the Semiconductor Industry and analysis at National Review to the recent Wall Street Journal op-ed by Graham Allison and Eric Schmidt to the Reagan Institute’s report on Bolstering U.S. Production for National Security and Economic Prosperity, the final report of the National Security Commission on Artificial Intelligence, and the Department of Defense’s 2022 supply chain review.

After numerous proposals, studies, and negotiations, Congress incorporated the “CHIPS Act” in the 2021 National Defense Authorization Act for FY2021. The Senate amendment incorporating the CHIPS Act passed 96–4. The question now is whether Senators will vote to finalize and fund the programs that they already approved. They should do so.

The weakness of the case against a semiconductor policy inadvertently illustrates the policy’s strength. This morning’s Wall Street Journal editorial makes this clear with counterarguments that are less arguments than an incoherent set of generic talking points.

1. The Journal begins by warning, “Taxpayers should at least know they’ll be subsidizing highly profitable companies that don’t need the help.” This is a sloppy conflation of two different issues—profitability and investment incentives. Of course, many semiconductor manufacturers are highly profitable. The policy goal here is not to boost their profits, but to alter their incentives to encourage domestic investment. “These companies make a lot of money” is not an argument against encouraging investment that would be good for America.

The Journal knows this, because it is the logic that it applies to corporate tax cuts. Such cuts go, by definition, to profitable companies—the more highly profitable, the greater the benefit. The case for them is that a lower tax rate will enhance the incentive to make investments—“make the U.S. more competitive across the globe” and “making America more welcoming to investment,” to quote a Journal editorial in favor of corporate tax cuts in 2017.

2. The Journal tries to frame the policy as a belated and unnecessary response to pandemic-related chip shortages. (“The impetus for the bill was a severe pandemic chip shortage that disrupted supply chains and raised the cost of autos and many other products.”) This is simply false. As noted above, policymakers have been working on the issue for the years, motivated by long-term trends that predate the pandemic and will persist long after. The precursor legislation to the CHIPS Act was introduced in mid-2020 with no reference to the pandemic or related shortages.

3. The Journal claims that “chip fabrication has moved to South Korea and Taiwan because many chips are commodities with low margins.” This is, again, simply false. Taiwan is the unquestioned leader in fabricating the most advanced chips, at least a generation ahead of what U.S. foundries can do—as reported in the Wall Street Journal. Just last month, Samsung began production of even more-advanced chips. Of course, there’s nothing in the Korean or Taiwanese soil that makes these places ideal for chip fabrication. There’s just decades of aggressive industrial policy that makes it about 30% cheaper to build a plant in those places rather than America, the vast majority of that gap driven by ongoing subsidies.

4. The Journal points to “$80 billion in new U.S. investments through 2025,” but much of that is contingent on exactly the policy that the Journal would abandon. For instance, Intel has warned its $20 billion Ohio investment depends on the CHIPS Act. A $5 billion GlobalWafers investment in Texas likewise hinges on it. The Journal notes that, “Samsung plans to build a $17 billion factory in Texas. TSMC has a $12 billion plant under construction in Arizona.” But as one Taiwanese official put it, “TSMC has already begun their construction in Arizona, basically because of trust. They believe the Chips Act will be passed by  the Congress.” Samsung’s investment was likewise dependent on government support.

5. The Journal tries to tar bill supporters with the accusation that they are enamored of Chinese-style planning: “One unfortunate impetus behind this bill is that, for all their talk of competing with China, many politicians believe that Beijing’s economic planning is superior to the U.S. free-market system.” But of course, the editorial includes no examples of someone making this argument, because no one has made it.What supporters do argue is that, to quote the Reagan Institute, “America must work cohesively with allies and partners to address the current challenge from state-centric economies whose industrial policies undermine [free-market] ideals and tilt the global economy in their favor.” The problem here is that “free” trade poses a threat to “free” markets when the trade is with nations that aggressively distort investment incentives. The WSJ editorial board’s market fundamentalism can’t cope with this challenge, but policymakers have to.

The Journal concludes with a cringe-worthy misunderstanding of “Sematech,” the Reagan-era industry consortium that boosted semiconductor innovation beginning in the 1980s, in response to rising Japanese competition. The Journal’s evidence is an op-ed it published last year by former Cypress Semiconductor CEO T.J. Rodgers, who wrote, “the government set up the Sematech chip consortium that ‘was obsolescent when it opened.’ But Intel innovated with more advanced chips.” Rodgers says Sematech “did zero for the industry” and demonstrates its obsolescence by noting that “layoffs started in 2002.”

Where to begin. First, Sematech began operating in the late 1980s. So, layoffs in 2002 would have been 15 years later, hardly evidence of “obsolescence when it opened.” Second, those layoffs weren’t because of obsolescence, they were the result of budget cuts after the dot-com bust. Layoffs occurred industry-wide, including at Intel, which laid off thousands of people that year despite its impressive track record of innovation. (Incidentally, Intel played a leading role in Sematech.)

Most assessments consider Sematech a success. “With a few vocal exceptions,” concludes a National Academy of Sciences report, “Sematech is widely credited within the U.S. industry with some role in stimulating a resurgence among U.S. semiconductor producers in the 1990s.” The Academy also highlights “the revealed willingness of its corporate members to continue funding Sematech at levels exceeding earlier private contributions after public subsidies ended in 1996.” That’s right—industry was investing alongside the government all along, and when the government program wound down, industry kept right on going. Those “obsolescent” layoffs of 2002 came much later.

Another positive assessment comes from MIT Technology Review, which notes a number of tangible technical benefits of the program and observes, “Sematech has become a model for how industry and government can work together to restore manufacturing industries—or help jump-start new ones.” Comically, MIT did find one vocal critic—the very same Mr. Rodgers relied upon by the Journal. “Cypress Semiconductor CEO T.J. Rodgers complained that Sematech was an ‘exclusive country club’ of large chip makers that for too long didn’t share technologies with smaller companies.” To be polite, it is hard to square his frustration that Sematech technology wasn’t being widely shared with his claim that it “did zero for the industry.” One might hypothesize some resentment from being left out.

To summarize, the Journal hangs its skepticism of semiconductor policy not working on a widely praised program that accomplished its objectives, criticized by someone who wanted to participate, on the ground that layoffs occurred during the dot-com bust. If that’s what failure looks like, let’s have some more of it.

Several issues remain unresolved in the legislation, chief among them the question of what guardrails Congress will impose on investments by the recipients of federal funding. To be clear, the federal funds themselves are incentives specifically for domestic investment. But policymakers want firms receiving the funds to be constrained from doing future business in China. The debate hinges on how tight a statutory standard to set for the types of “legacy” (i.e., less advanced) chips that can be made in China, whether to give the Commerce Department flexibility to set the standard itself, and whether all forms of support come with guardrails attached.

Restrictions on investment in China are a good idea, to be sure. The taller and stronger the guardrails, the better. But holding incentives for domestic investment hostage to tougher restrictions on foreign investment may not be wise or necessary, for two reasons:

1. People like to say “money is fungible,” but in this instance it’s not. The point of spending money on subsidies for domestic production isn’t getting resources to particular firms, it’s creating the incentive to invest. This is the opposite of a bailout, where resources go to firms regardless of their behavior, and the policy works only if the firms use those resources in certain ways. In that instance, restricting how a firm can use its resources makes sense. But here, the goal of the policy is improving the business case for building a domestic semiconductor plant. Guardrails can actually work against the short-run objective of encouraging domestic production, because their constraints make the subsidy less valuable, the business case less attractive. That’s not to say that guardrails are a bad idea—the tradeoff is worth making in the interests of advancing the longer-term goals of the policy in improving American competitiveness. But it is to say that guardrails are not what will make or break the effectiveness of the policy. Especially because…

2. The ideal guardrails would come independent of subsidies. Rather than only constrain companies that accept subsidies for domestic production, they would ideally be imposed on all companies. That would be more effective and create better incentives. The CHIPS Act is not the only or even the best opportunity to restrict semiconductor investment in China. Congress can just do it, and should.

With much legislative maneuvering still to come, policymakers should remain focused on the underlying structure and logic of the CHIPS Act, to which they’ve already given deserved support. A resurgence of investment in domestic semiconductor capacity and innovation will require significant public spending, through a vehicle sure to be imperfect. But imperfect does not mean ineffective. Anyone can find an excuse to say no to any piece of legislation, but progress on rebuilding domestic industry will depend on sufficient courage to say yes.