Potato Chips, Computer Chips: Yes, There is a Difference 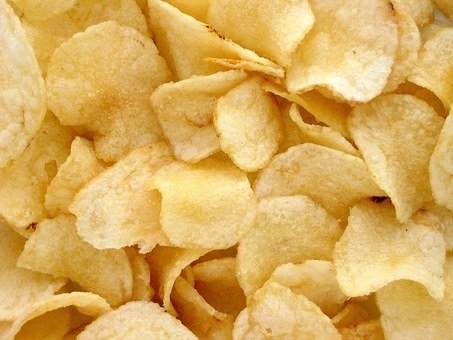 After a half century of neoclassical economics dominance, it has become a truism among most economists and policy makers that a nation’s sectoral composition doesn’t matter.

Indeed, perhaps no canard has been more damaging to the process of putting in place a national innovation and competitiveness strategy than the notion that America can not only afford to be, but actually should be, indifferent to what industries comprise the U.S. economy.

But there is a difference. Some industries, such as semiconductor microprocessors (computer chips) can experience very rapid growth and reductions in cost, spark the development of related industries, and increase the productivity of other sectors of the economy. In essence, spillover effects from computer chips make potato chip manufacturers more efficient.

Moreover, computer chips are a traded sector, much more than potato chips, which are mostly produced domestically. As such, we can lose that and other traded sector industries if other countries are more competitive.

And of course, while our soldiers may eat potato chips, they rely on advanced weaponry enabled by computer chips. If the United States continues to lose advanced technology production capability, which the Department of Defense Office of Industrial Policy has already documented, we lose our ability to field a superior defense over China.

This indifference to sectoral composition extends to manufacturing overall.  Indeed, many economists hold that manufacturing is not important. They make this claim because, like the “potato chips–computer chips” view, they believe in the “car manufacturing–car rental: what’s the difference?” view. Columbia University’s Jagdish Bhagwati goes so far as dismiss anyone who says manufacturing is important as suffering from a “manufacturing fetish.” Kenneth Green, a scholar at the American Enterprise Institute, writes that, “As long as China is selling us the products we need, the location of manufacturing isn’t really that critical for the economy.” Liberal economist James Galbraith agrees, writing that “the Chinese willingness to supply us with cheap goods is a magnificent gift.” The head of a leading international economic policy think tank in Washington would go even further. When asked how much manufacturing could America lose and still be okay, he responded, “all of it.”

But why should the Chinese continue to sell us the products we need if they are getting nothing in return except pieces of paper? The only reason they are doing so now is so that they can gain competitive advantage in these sectors later. Without a healthy manufacturing base it will be virtually impossible for the United States to balance its trade account. If Americans are going to continue to import large volumes of HDTVs, autos, and machines, eventually we must have something that other nations want to buy in exchange—that’s why it’s called “trading” and not “borrowing.” The bill we run up every year by buying more imports than selling exports will have to be paid eventually as foreign nations demand payment in real goods and services. But the longer we wait to revitalize high-value-added manufacturing the larger grows the national debt that we are passing on to our children.

And of course, hollowing out manufacturing, especially advanced manufacturing, means that U.S. adversaries like China will be able to gain a sustainable advantage over the United States, technologically, economically and militarily. Which is exactly what Xi Jinping wants.

So computer chips do matter, and U.S. economic policy should be designed around that reality.