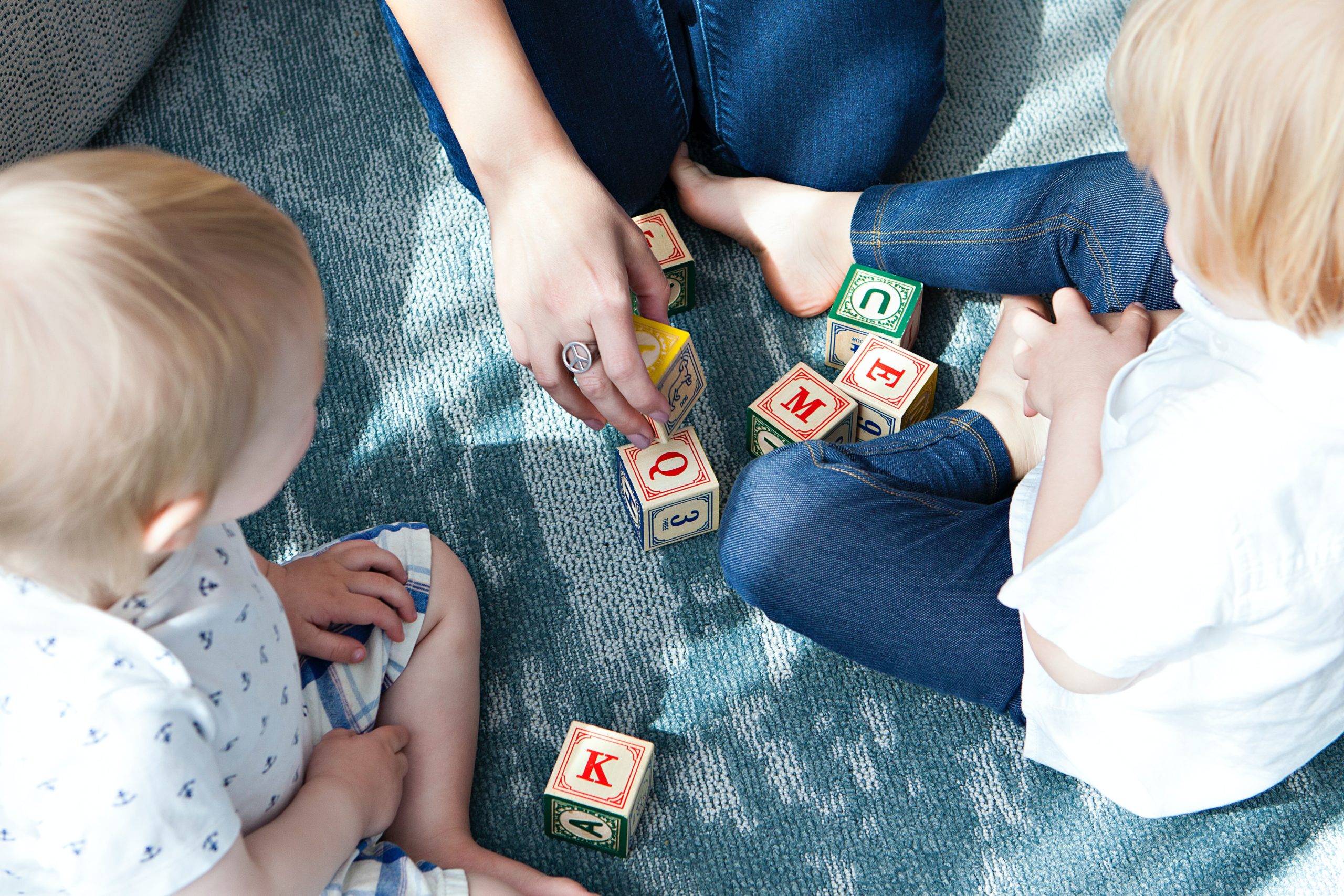 Senator Josh Hawley’s proposal this morning for a “Parent Tax Credit” is a welcome expansion of the conservative debate over family policy and, in particular, a federal benefit paid to families with children. Following on Senator Mitt Romney’s “Family Security Act” in February and the subsequent proposal from Senators Marco Rubio and Mike Lee to expand the Child Tax Credit, policymakers now have three distinct approaches to consider, with elements that might potentially be mixed and matched in various ways.

Also in February, Wells King and I offered our own proposal—the Family Income Supplemental Credit (or “Fisc”). This proposal mirrors Romney’s in many ways: it creates a new program, administered by the Social Security Administration, that pays families a monthly benefit for each child under the age of 18 (with higher amounts for children under age 6). The proposal differs from Romney’s, however, in that it is not unconditional. To ensure that families have at least some connection to the workforce, the Fisc caps a household’s total annual payment at its earnings from the prior year. To receive the benefit’s full value with two children (roughly $7,000), a parent would have had to work at least part-time at the minimum wage.

The Hawley proposal adopts this prior-year-earnings framework, as well as the Fisc’s bonus for married parents, but it increases that bonus dramatically and also changes the benefit’s value from a per-child calculation to a flat payment for any number of children.

The best way to understand the competing proposals is with reference to a few key parameters:

These decisions then dictate others: for instance a flat benefit for all children in a household cannot be based on each child’s age and must offer married parents much larger payments (lest they remain single and each claim one child as their own). A benefit calculated on the basis of tax liability is difficult to pay monthly, before the household’s liability for the year is known. A payment not calculated on the basis of earnings can be called a “tax cut,” but in reality it is a social benefit better managed by the Social Security Administration.

This chart shows how the various proposals relate to each other: 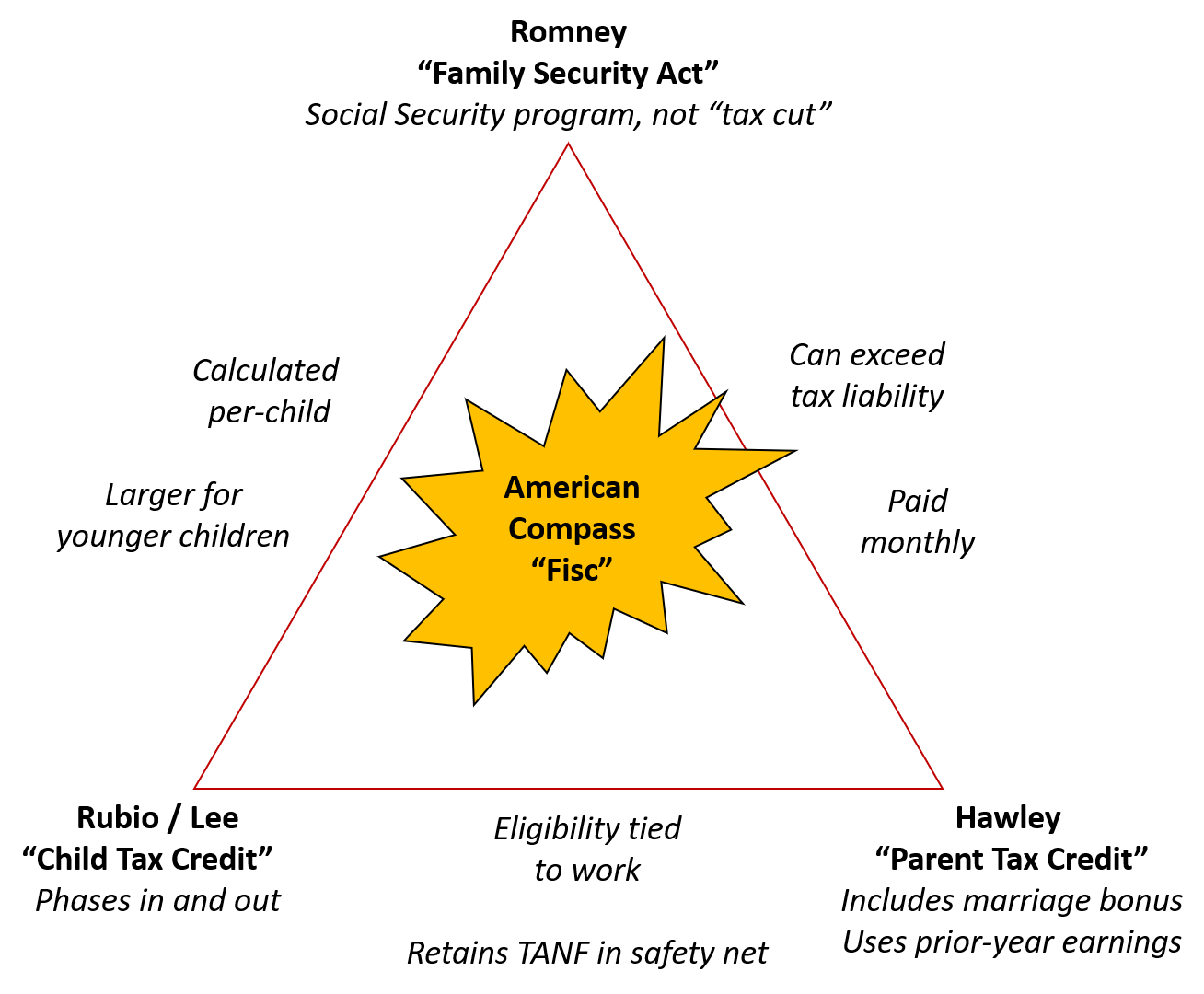 Each proposal has particular strengths, and in many cases two of the three share important characteristics. The American Compass Fisc’s design uniquely balances the tradeoffs implicit in design of family policy and incorporates the key elements of the various proposals. Like both Romney and Rubio/Lee, it uses a standard per-child formula. Like both Romney and Hawley it offers the benefit monthly and allows even low-income households to receive the full value. Like both Rubio/Lee and Hawley, it requires households to have at least some earnings of their own.

As conservatives move toward a consensus approach, the Fisc will hopefully provide common ground to build upon.