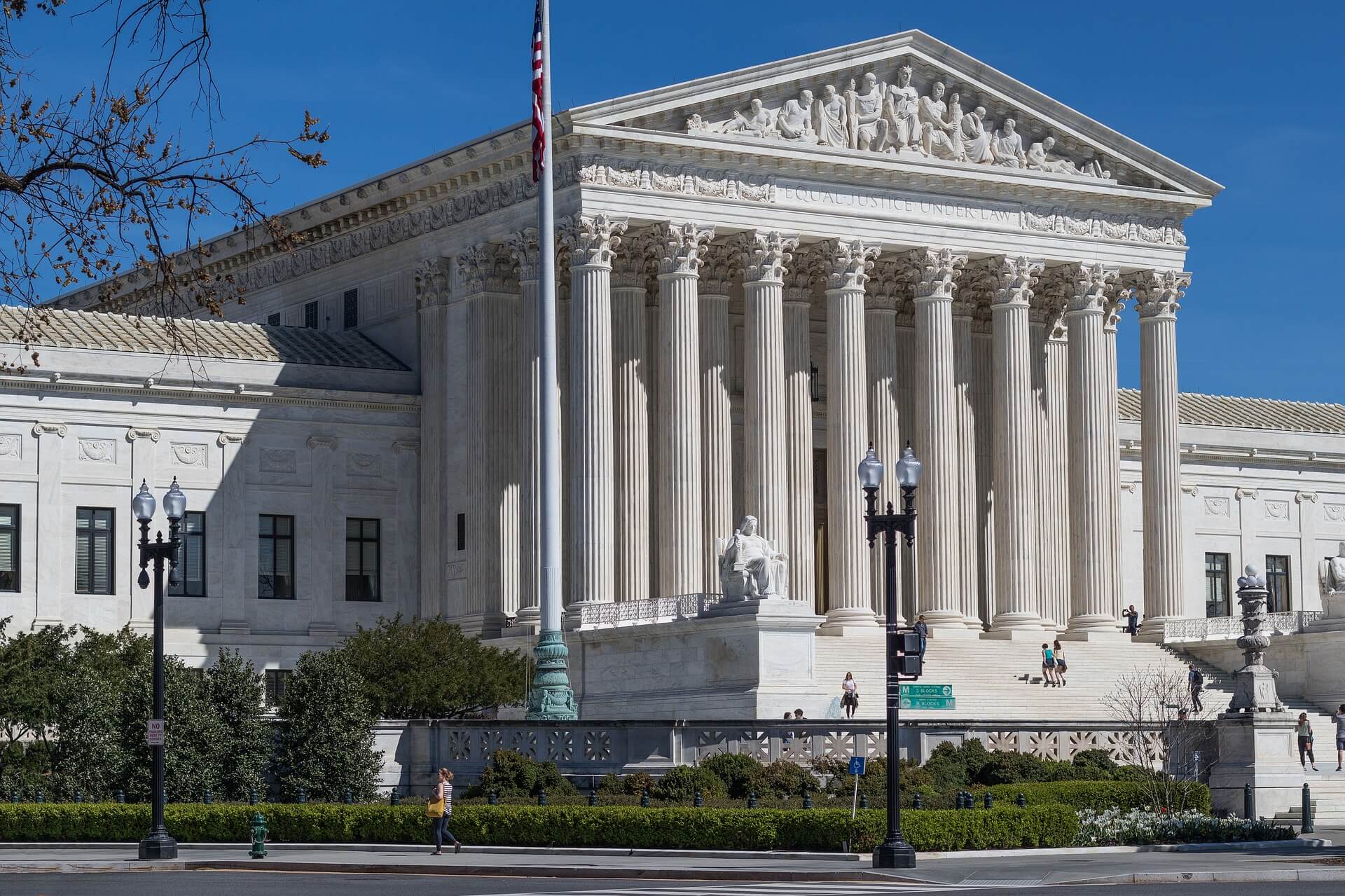 Washington Post columnist George Will has added his voice to that of Brad Thompson in decrying the rise of an un-American conservative authoritarianism, represented, among others, by such thinkers as Adrian Vermeule, Sohrab Ahmari, and yours truly.  Will and Thompson invoke the American Constitutional tradition as the cure for this “anti-American” threat from the Right.  The tradition they seek to defend, according to Thompson, is the “classical liberalism of the founding era [that] assumed individual rights to life, liberty, property, and the pursuit of happiness” and that “government must be impartial in adjudicating rival conceptions of the good life.”  Similarly, Will argues that the Constitution reflects a belief in “limited government respectful of society’s cumulative intelligence and preferences collaboratively revealed through market transactions.” The Constitution, according to Will (echoing Thompson) establishes “a regime respectful of individuals’ diverse notions of the life worth living.”  In other words, America was founded as a libertarian nation.

Were we to focus more or less exclusively on some passages in the Declaration – as Thompson does – this might be a plausible claim, since it is the Founding era’s most Lockean document.  Even then, a fair amount of scholarship has established that Jefferson’s more Lockean bent was moderated by members of the drafting Committee.  Those members understood that Christian Americans were not drawn to a Deistic and highly individualistic theory of rights, leading a number of scholars to conclude that the Declaration was really a compromise between a small number of Lockeans and the larger population of Christians (a view was advanced by R.L. Bruckberger and later echoed by the late Peter Lawler).  One need only read some of the sermons of that period to encounter views that were highly critical of the Lockean justification for revolution, preferring an ideal of Christian liberty that stressed self-governance, common good, self-sacrifice, and mutual duty.  Thompson might want to read this 1774 sermon by Nathaniel Niles on 1 Corinthians, delivered on the eve of the Revolution in Massachusetts. Niles (a member of Congress during the Founding generation) expressed a commonplace from the pulpit that connected a true form of liberty, understood as governance over one’s self-interest, to a commitment to the common good.  Invoking an ideal of liberty completely opposite to that of John Locke, he stated: “imagine a state whose members are all of a free spirit; and then attend to the glory and pleasures of liberty. The individuals are all of one mind. They unite in the same grand pursuit, the highest good of the whole.”[1]  Will and Thompson would have us believe that endorsement of a conception of liberty that orients us toward the common good was never before heard in the American tradition until the likes of Vermeule and Ahmari.  In erecting their distorted construct of American philosophy, Will and Thompson present a version of the American tradition comparable to Pravda’s efforts to color the Russian tradition as exclusively communist.

The claims of Thompson and Will require us to dismiss a vast area of thought, argument, theory and practice during the nation’s founding period that was decidedly not libertarian.  A confrontation with the far more complex and variegated philosophical and theological sources of that period, and their ongoing influence throughout much of American history, would require recognizing that such libertarianism has never been present in any actual operable political form during America’s history.  Indeed, as a school of thought, a pure form of philosophical libertarianism was not a significant presence in American history until its articulation as Social Darwinism in the early 20th century. It did not become an influential economic school of thought until the mid-twentieth century under the influence of several foreign thinkers, F. A. Hayek and von Mises (and later, Ayn Rand).  I wonder whether Thompson and Will consider themselves as dangerous members of an un-American fifth-column, influenced by a coterie of Austrians and a Russian ex-pat.

Let’s take the example of the Bill of Rights, which Thompson explicitly invokes as one of the key founding documents of the purported American libertarian tradition.  The proposal and passage of the Bill of Rights was the great victory of the so-called “Antifederalists,” a group of men who opposed the ratification of the Constitution on the grounds that it designed a political system that would lead to political centralization, the rise of judicial tyranny, the creation of a professional military that would be inclined to foreign adventurism, a commercial republic that would accumulate debt and undermine civic virtue, and the eventual hollowing out of the prerogative of states to govern themselves.  The First Amendment – forbidding Congress from the establishing of religion and free exercise thereof – is, doubtless both for Will and Thompson alike, primary proof that the Constitution was established to preclude government influence in establishing any preference for “the good life.”

This talking point by both Will and Thompson perhaps dupes people who take their understanding of the American tradition from the mid-twentieth century ACLU, what used to be a left-liberal position that has now gravitated rightward.  The Bill of Rights was in fact proposed and ratified in order not merely to forbid the government from establishing a religion, but prevent the federal government from interfering in the existing State establishments. It was Congress that was forbidden from establishing a religion, not the States. The first of the Bill of Rights was a protection of the state responsibility to protect the moral frame without which human society might descend into looting, rioting, and an orgy of violence.

Thompson lauds the State constitutions as yet more evidence of the pure libertarian founding that was indifferent to religious questions – neglecting that most of those State constitutions at the time of the Founding included a positive requirement to profess a belief in God.  Here, for instance, is the article three in the Massachusetts Constitution of 1780:

“As the happiness of a people, and the good order and preservation of civil government, essentially depend upon piety, religion and morality; and as these cannot be generally diffused through a community, but by the institution of the public worship of GOD, and of public instructions in piety, religion and morality: Therefore, to promote their happiness and to secure the good order and preservation of their government, the people of this Commonwealth have a right to invest their legislature with power to authorize and require, and the legislature shall, from time to time, authorize and require, the several towns, parishes, precincts, and other bodies-politic, or religious societies, to make suitable provision, at their own expense, for the institution of the public worship of GOD, and for the support and maintenance of public protestant teachers of piety, religion and morality, in all cases where such provision shall not be made voluntarily.”

Like many state constitutions at the time, the Massachusetts Constitution established rights of property and conscience, but also empowered the state to create and fund religious institutions and also mandated duties of worship:  “It is the right as well as the duty of all men in society, publicly, and at stated seasons to worship the Supreme Being, the great Creator and Preserver of the universe.”  Will and Thompson write these parts of the state constitutions out of the American tradition, as well as the First Amendment’s original intention of protecting these establishments, acting as if our Founding Fathers were indifferent to questions of morality, piety, and virtue, satisfied merely with market forces. By stripping away the emphasis upon duties borne by anyone who owns property, possesses guns, or expresses an opinion – duties that derive from God as much as our rights – we destroy the benefits of such rights by turning them into the narrow possessions of cramped and selfish individuals, thereby instituting among ourselves the “war of all against all.”

Until recent times, America has never been so foolish to consider itself a libertarian nation, much less had such a view advanced by so-called “conservatives.”  We have had a libertarian public policy imposed by the mainstream of each political party: libertarian economics by elites on the right, and libertarian social ethos by elites on the left.[2] Will and Thompson mistake this aberration – foisted upon an increasingly recalcitrant and unhappy public – as the sum of the American tradition, rather than an aberration and deformation.  In truncating the breadth and fullness of the American political tradition, and by mutilating it to fit into their cramped and ahistorical libertarian ideology, Will and Thompson (and their compatriots) diminish the prospects for a genuine restoration of the American tradition.  Their effort to rewrite American history in order to force a truncated libertarian ideology upon the nation is rather … un-American.

END_OF_DOCUMENT_TOKEN_TO_BE_REPLACED

If we would learn how great a tendency liberty has to produce happiness, we must consider it in such circumstances as give it an opportunity to do good.

Let us then, for once, imagine a state whose members are all of a free spirit; and then attend to the glory and pleasures of liberty. The individuals are all of one mind. They unite in the same grand pursuit, the highest good of the whole. Only suppose all the members of such a state to be acquainted with the best means of promoting their general end; and we shall seem them all moving imperfect concert. The good of the body will be their first aim. And in subservience to this, they will impartially regard the particular interests of individuals. You and I shall perfectly unite in our regard for your interests and for mine. Your interest will not be the more dear to you, nor the less so to me, because it is yours. In these circumstances, there would be no room for the emotions of any of the angry painful passions; but, on the contrary, every soft and pleasing affection of every soul, would be called forth into vigorous and harmonious exercise. Every individual would choose to move in his proper sphere, and that all others should move in theirs. This would at once constitute pure felicity, and exalted beauty. How good and how pleasant it is for brethren to dwell together in unity: Such a state of things, in the little community of a single family, must be productive of great good. But should it take place through a nation, each family would enjoy the same good from its own domestic circumstances, beside the far greater pleasure which would accrue to each individual from a consideration of the same happy condition of the whole.

This elite coalescence is represented no better than today’s two Supreme Court decisions, one which gives precedence to a corporation’s rights of property and profit (U.S. Forest Service v. Cowpasture River Preservation Association), and the other which continues to elevate sexual autonomy as paramount libertarian good that trumps all contesting claims (Bostock v. Clayton County, Georgia).