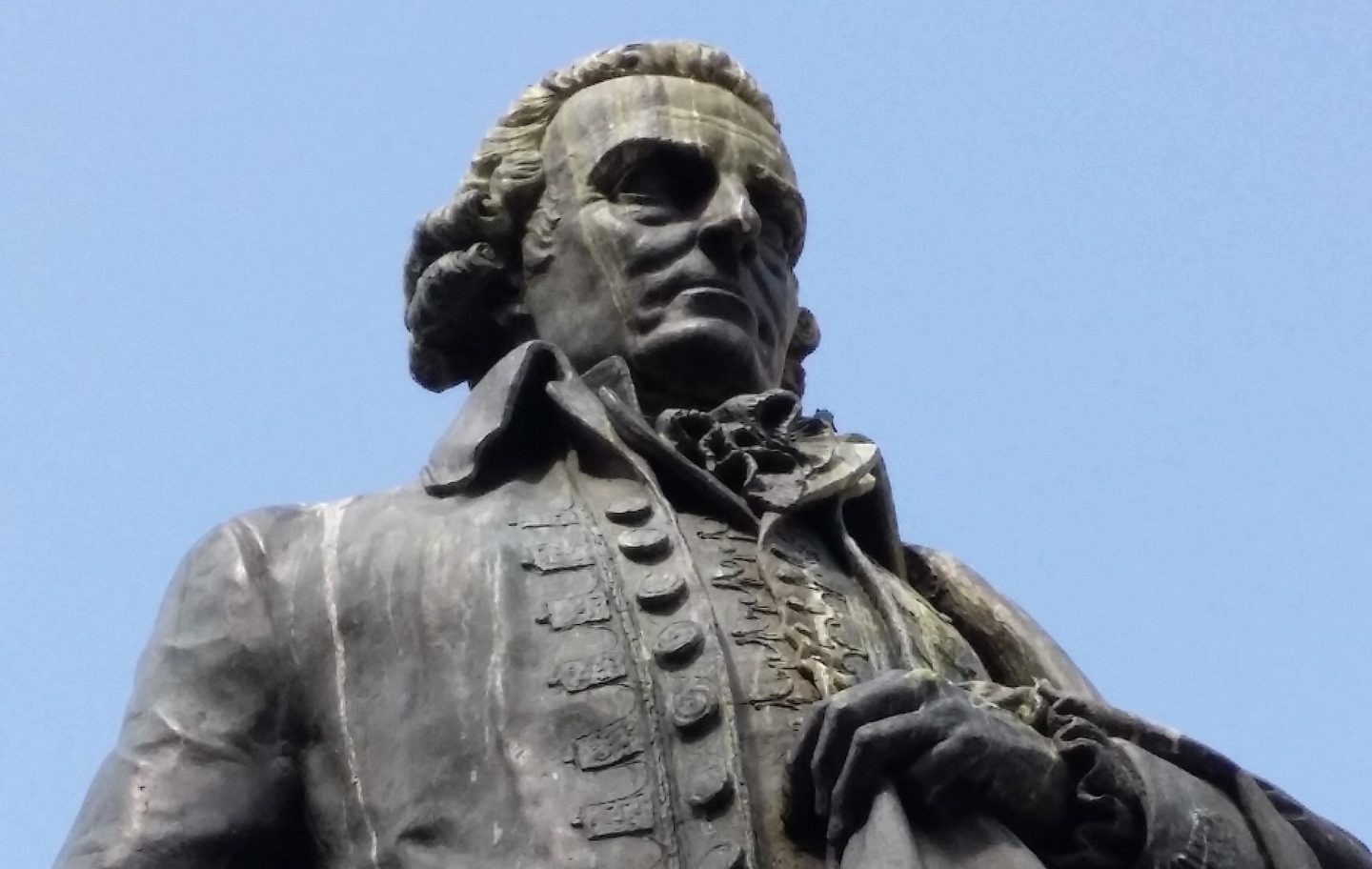 The great moral philosopher Adam Smith is often considered the founding father of the discipline of economics. Like many of today’s economists, his goals include both understanding how and why markets function as they do and making vivid the many potential advantages of markets over alternative ways of organizing economic life. The moral core of Smith’s defense of markets is the elevation of the working poor. Well-ordered market societies liberally reward market-specific virtues such as industry, prudence, self-command, and honesty. In such a society, provided that low or middle-income workers are willing to work hard, they could reasonably expect a better life for themselves and their children, with growing wealth, security, and leisure and family time. For these reasons, I call a society with rapid, broad-based gains from economic growth a Smithian Well-Ordered Society (SWO). While SWO is clearly not a comprehensive theory of justice (other things matter) it does capture widespread American beliefs – across party, race, gender, and geographical divisions – about how market societies should function. As I argue in Just Work for All, The American Dream in the 21st Century, these beliefs are part-and-parcel of our understanding of the American Dream, far more important to most Americans than the ability to “strike it rich” through our own efforts.

Perhaps at no time in history have societies more closely resembled SWO than the wealthy democratic societies of the mid-twentieth century. Focusing on the United States, from the 40s to the 70s gains (as a percentage) grew at approximately the same rate across the income spectrum. Combined with massive productivity growth, family income more than doubled at the 95th percentile, the median, and the 20th percentile. As Robert Gordon notes, workers translated these earnings into more leisure and family time, and did so with historically unprecedented economic security. The status of ordinary workers, and their central place in American society, grew along with their wealth, security, and leisure time.

For the past four decades, however, the political economy of the United States has been sliding further and further from a Smithian Well-Ordered Society toward a Winner-Take-All Society (WTA) of slower growth, rising inequality, and declining absolute mobility. There are numerous causes of this transformation. Slower economic growth contributes to rising income and wealth inequality, as the return on capital increasingly exceeds growth throughout the economy, and the ownership of capital is very highly concentrated. As Katharina Pistor highlights, the evolution of property law continues to broaden the scope and duration of private capital, while creating asset hierarchies that give priority to the most wealthy and powerful actors in times of crisis.

Unlike the manufacturing-based economic growth of much of the 20th century, an economy driven by non-rival and excludable intangible goods – including digital networks, software, finance, AI, and pharmaceuticals – enables the creators of these technologies and a small collection of high-human capital employees to collect giant rents on their use. Technological change, including advances in shipping and communication as part of a rise in mass markets, produces a highly polarized labor market, with high demand for some workers and a large class of lower-skilled workers more or less frozen out of the income gains from economic growth. Even when we compare workers of comparable education and training, we find that small differences in skill, networks, family wealth, and luck lead to giant differences in reward.

As a result, we now have a society where the gains from productivity are highly concentrated, rather than Smith’s vision of rapid, broad-based gains that further the wealth, security, and status of ordinary workers. For those born in the 1940s the rate of absolute mobility – the likelihood that a person will be wealthier than their parents – peaked at over 90%. For those born in the 90s it is around 50%, with numerous trends pointing to greater decline in the future. These trends also swamp the economic impact of gains in education and legal recognition for most African Americans, exacerbating the racial wealth divide and extending the reach of racial injustice. Whole communities have largely been left out of recent gains from economic growth, leading to a rapid rise in hopelessness and what Anne Case and Angus Deaton call deaths of despair. Covid-19 threatens to pour gasoline on these winner-take-all fires, further concentrating wealth and power in the hands of those able to best withstand, and even profit from, the pandemic-driven economic crisis. Even as individuals and businesses across the United States accrue record-breaking debt to try to stay alive during the crisis, companies like Amazon, Walmart, and Facebook enjoy record-breaking profits.

Given this transformation, the inevitable and fundamental question is how can we renew the American Dream after Covid-19? The most basic lesson of my work is that we need to move careful normative analysis of the distributive implications of reform to the forefront of economic and policy evaluations. Americans can no longer assume that productivity growth through labor-replacing technology will inevitably lead to widespread gains in our quality of life. Instead, we need to explore every avenue for countering the tendency for automation, digitization, and artificial intelligence to create a winner-take-all economy, including reforms to intellectual property and antitrust laws to challenge concentrations of economic power.

The availability of educational opportunities for our children, including higher education, is central to most American’s conception of a middle-class life. In a winner-take-all economy, however, even if we succeed in continuing to raise the absolute capabilities of much of the population, absolutely talented relative losers will still be left out of much of the gains of growth. Expecting a select few of the best and brightest to leave for education and work in a handful of high productivity hubs, moreover, will not help communities around the country devastated by the chronic shortage of good jobs. For these reasons, making the American Dream a reality in the 21st Century depends not only on enabling children from lower and middle-income families to go to college without student loan debt being an anchor on the rest of their lives, but also on creating a good jobs economy where a middle-class life does not depend on a four-year degree.

To help create good jobs, Americans should make a long-term commitment to restoring, modernizing, and maintaining our formerly world-class infrastructure, providing quality employment for workers without a college degree, and public transportation that makes a wider range of economic opportunities available to workers and entrepreneurs. Few if any Americans hold as ideal a political economy where parents are expected to work all hours in multiple jobs to meet the needs of their children, or must leave family and community behind to find a better labor market. While we shouldn’t treat the status quo as inevitable, at present the expansion of public provision of childcare raises the income and security of working families and facilitates their ability to move in search of better employment opportunities (which often means losing access to trusted family and friends who could help care for children).

When viewed through the lens of SWO, the evolution of American tax policy is a moral disaster. The transition from SWO to WTA in the United States has been aided and abetted by the steady shifting of the burdens of taxation from wealthier to working-class Americans, as the rates of taxation on the income (including realized capital gains) and corporate profits of wealthiest Americans have been repeatedly slashed and partially replaced by higher payroll, residential property, and consumption taxes. When the dominant model of economic growth for decades has been the pursuit of historic corporate profits and capitalization while desolating middle-class jobs in manufacturing and other industries, simply giving the highly-concentrated ownership of these corporations more money to invest is unlikely to do much to renew the American Dream. Whenever possible, we should replace taxes on labor with taxes that target urban land rents and monopolistic profits, while combating tax evasion and making our taxation in general more progressive.

Readers may not endorse every policy I propose (here or in the book) but the moral of the story is clear: we need to move workers to the center of our economic policy, including finding innovative ways to give them a greater voice. “Regulation in favor of the workman,” Smith argues, “is always just and equitable.” This declaration from history’s most famous proponent of free markets reflects a basic feature of political economy: markets are at all times and places shaped by the laws and institutions that humans create for them. SWO depends upon collective action to counterbalance the structural advantages of wealthy landlords and merchants, who in Smith’s view are liable to use these advantages to shape market institutions to their particular benefit. In the American status quo, this means working with those we disagree with on other issues to demand legislation in favor of the worker, such that candidates for both major parties will face electoral irrelevance if they fail to support such legislation. The American Dream after Covid-19 depends upon it.

END_OF_DOCUMENT_TOKEN_TO_BE_REPLACED

Joshua Preiss is Professor of Philosophy, Director of Philosophy, Politics, and Economics at Minnesota State University, Mankato, and author of Just Work for All, The American Dream in the 21st Century.