What Republicans Can Learn from the UK’s Conservative Party 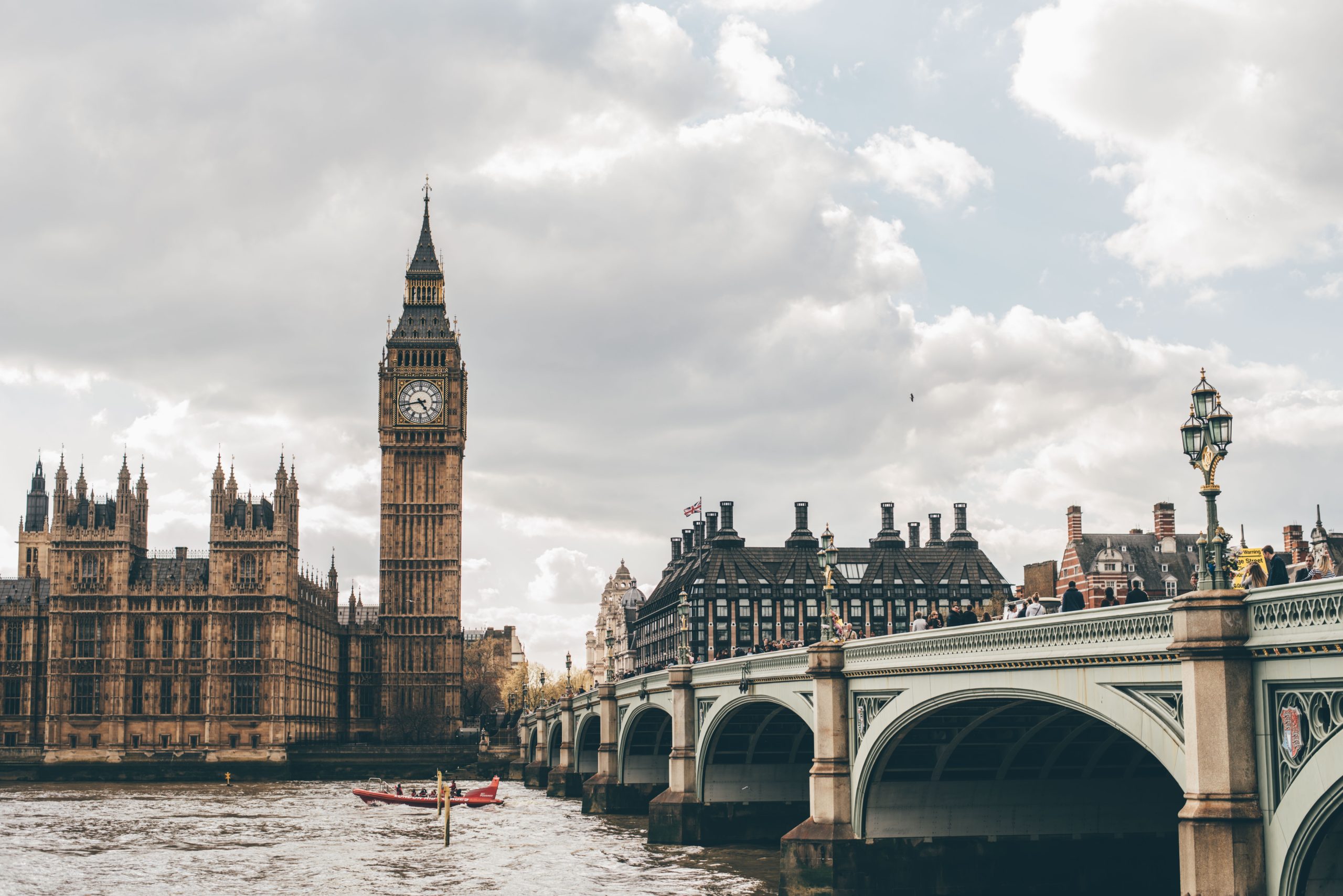 Photo by Eva Dang on Unsplash

Political trends in the U.S. and United Kingdom have mirrored each other for decades—and Britain’s recent local elections (and the Hartlepool by-election) are no exception. Predictably, there has been much discussion of the stunning collapse of working-class support in areas that have long been staunchly pro-Labour and the implications for the Democratic Party across the pond. Less discussed but potentially more significant, however, are the lessons the GOP might draw from their Conservative counterparts in the UK.

The Labour Party/Democratic Party parallel is an interesting narrative (one which I have analyzed in the past), but in many ways, it’s already dated: Labour’s latest electoral fiasco was one of a series of setbacks that the party has sustained over the past decade, as it has steadily slouched toward rump minority party status. The party hasn’t won a national election in over 15 years. By contrast, for all the Democrats’ failings in American politics, the party has remained a viable electoral force, and since 2020 now controls (albeit narrowly) all three branches of government. The Democrats have their problems, but they can still win elections.

By contrast, as the big loser in 2020, the GOP should consider what it can learn from Britain’s Conservative Party, which offers a compelling policy matrix: championing the nation-state, embracing industrial policy (coincident with the prioritization of skill-based immigration policies), supporting redistribution to struggling regions, and counterposing a robust cultural conservatism to “woke leftism.” Given the trade fallout from Brexit and Boris Johnson’s disastrous early response to the COVID-19 pandemic (even with the recent success of the vaccination program, the UK’s cumulative death rate remains one of the highest in the world), one would have thought that the recent elections would represent a perfect time for the British electorate to collectively wrap the Tories’ knuckles. That didn’t happen. For all of the manifest flaws of the Conservative government and the well-documented mendacity of its leader (who in many respects puts Bill Clinton to shame), the Tories did well in the local elections and won the Hartlepool by-election, with a Conservative MP elected for the first time in the current constituency’s history.

Thus, the narrative of these elections became one of Labour’s “woke leftism” overriding bread-and-butter working-class issues, ultimately torpedoing the Labour Party’s election chances, and superseding any perceived shortcomings of Prime Minister Johnson and his government. Indeed, there is now much talk of a decade-long premiership after the Tories’ historic victories in Labour’s former heartlands.

At the same time, Johnson’s continued “leveling up” promises (reiterated after the recent election results) to target the depressed postindustrial (and historically Labour-supporting) regions such as the Midlands and northern England (as opposed to the more affluent south) remain immensely popular. The Conservatives retain considerable national appeal with all but the professional managerial class and London’s metropolitan elites. Johnson was helped further by the successful rollout of COVID-19 vaccines, which in the short term has buttressed the notion of the Conservatives as a party of New Deal-style state intervention and successful national industrial policy.

In short, there is much for the Republican Party to learn from the Tories. But they are, thus far, blowing the opportunity, as the writer Andrew Sullivan recently noted [paywall]:

By clinging to a broadly toxic figure like Trump, and orienting their strategy around his unappeasable vanity, the GOP is flubbing one of its biggest political opportunities in years: to craft redistributionist policies for the mass of working Americans, and to defend the legacy of the West, its values and traditions, against the most radical left assault since the late 1960s.

Former British Prime Minister Tony Blair made a similarly astute observation about right-wing parties in the context of recent electoral success: “The Conservative parties of Western politics have adapted and adjusted … by and large they’re finding a new economic and cultural coalition.”

For all of his political toxicity, even Donald Trump was able to accelerate this process in the U.S. during the 2016 election, but failed to follow through when in office, as I have previously noted:

When Donald Trump unexpectedly won in 2016, he did not campaign as a traditional Republican. To capitalize on his political breakthrough in the Rust Belt, Steve Bannon, then Trump’s chief domestic policy adviser, pushed the president to raise taxes on the wealthyand embark on a big program of infrastructure reconstruction. The political logic was to consolidate Trump’s gains with those very working-class voters who provided him with his margin of victory. We know now that Trump rejected this advice, as the president instead embraced Paul Ryan’s austerity politics, attacking existing health care plans and government social welfare programs, all the while promoting corporate tax ‘reform’ the benefits of which skewed heavily toward the top tier.

To be fair, some GOP leaders are starting to break from the right’s prevailing orthodoxies. Senator Marco Rubio, for one, has been championing a new kind of blue-collar conservatism that is supportive of unions (an increasingly popular position), the “dignity of work,” and even a bit of economic redistribution (in order to save capitalism from itself). In 2019, Rubio specifically cited Catholic social thought in support of labor unions. More recently, in a speech to the Republican Study Committee, Rubio made the case against the party’s traditional embrace of market fundamentalism, challenging “the orthodoxy that the market’s always right” and pushing for an embrace of “common-good capitalism.”

Rubio is not alone. Senator Mike Lee recently joined him to propose an expansion of the Child Tax Credit (CTC), while Senator Mitt Romney has outlined an even more generous proposal that would especially help low-income families with children. Significantly, Romney proposes making his child allowance permanent by completely eliminating the State and Local Tax (SALT) deduction. From the perspective of tax equity, this is far more progressive than proposals championed by many Democrats, including Speaker Nancy Pelosi, whose plan to retroactively lift a limit on state and local tax deductions would largely funnel money to relatively high earners. That’s quite a role reversal: Romney is proposing a substantial progressive tax increase to finance a new spending program; by contrast, Pelosi looks like she is embracing a variant of “trickle-down economics.”

Romney and other Republicans have also focused on the U.S.-Mexico border. Immigration is rapidly becoming an electoral liability for the Democrats, whose focus increasingly resembles a de facto version of the Koch family’s advocacy of open borders. Their emphasis has been on decriminalizing illegal entry and extending public benefits to undocumented immigrants, as well as reversing the decision to adjudicate asylum claims in Mexico (a concession that Trump secured from the Lopez-Obrador administration). Together, these incentivize additional illegal immigration, Biden’s protestations to the contrary notwithstanding.

Some progressives are pushing Biden further in this direction: rather than emphasize the sanctity of the nation-state, they are making a full-fledged case for open borders. That opens up considerable political space for the GOP, which can make the case that on immigration they are not being racist, but in fact stand closer to the old proposals of the late Democratic Congresswoman Barbara Jordan or the Reverend Theodore Hesburgh, former president of Notre Dame University.

Likewise on cultural issues, young activists within both the Labour and Democratic Parties continue to espouse controversial views on family, race, and gender. In this, they are backed by numerous mega-corporations and Wall Street investment banks, which have abandoned neutrality in the culture wars. The likes of JPMorgan Chase, Goldman Sachs, and virtually every social media company in Silicon Valley are embracing political censorship and supporting boycotts to punish state and local governments whose policies on civil rights and gender identity differ from those on the political left.

These are all placebo versions of reform that will minimally affect the lives of working-class Americans, even as they appease the collective conscience of corporate America. When it comes to structural economic changes that might damage the positions of our elites—whether by sharing economic power through increased unionization, supporting immigration restrictions that would tighten the labor market, or acceding to some degree of government oversight for social media—these same “woke” corporations remain mute (or stand in active opposition).

This creates a political opportunity for the Republicans. Much as their British Conservative counterparts have begun to challenge the “wokenfolk” on these issues, the left’s contentious cultural views could leave the GOP in a strong position (pace Sullivan) to “appeal to those minorities-within-minorities, [who] are turned off by left-condescension, and who still cherish the hard work, traditional values and individual opportunities that are obscured by the ludicrous description of America in 2021 as a form of ‘white supremacy.’ Mock and defy the language police. Defend trans rights without adopting absurd gender ideology.”

The electoral success of the British Conservative Party illustrates that there is a viable future template for the Republican Party. The GOP would do well to heed Boris Johnson’s remaking of the British electoral map and extricate itself from a narrative of stolen elections that has little basis in reality. There are signs that this is starting to happen. While Johnson’s playbook is by no means perfect, many elements of his party’s platform could provide pointers to the GOP as they seek comparable success. But that will first entail behaving again like a real political party backstopped by a principled and coherent set of policies, rather than a mere cult of personality.