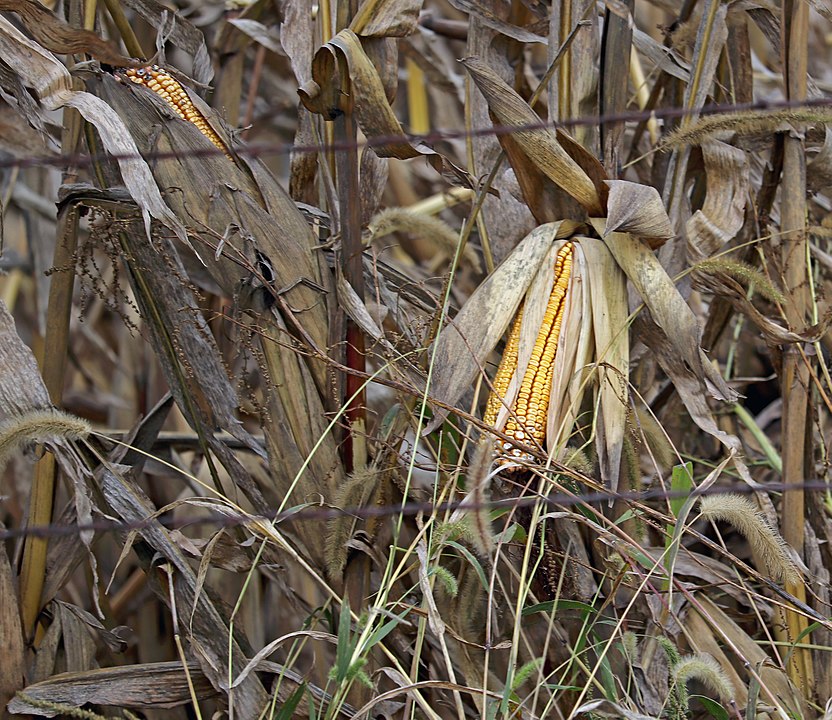 Now Abel was a keeper of sheep, but Cain was a tiller of the ground. And there have been ranchers, and there have been farmers, ever since. And whatever you think of pastoralism, or of the consequences of the agricultural revolution, there have been both good keepers of herds and good tillers of the earth, and are still.

And in the process of time it came to pass that Cain brought an offering of the fruit of the ground to the Lord. And though it is backbreaking labor by the sweat of the brow, farmers have been, indeed, a picture of Eden in the world, and in their best work gardeners as Adam was a gardener, aware of their own earthly origins and earthy in their calendar, living close to the land, shaped by and shaping it in turn. And Abel also brought of the firstborn of his flock and of their fat. There have always been herdsmen, high creatures among the low creatures, shepherds like the Lord, ready to leave the 99 in care in pursuit of the one. Who doesn’t love a cowboy?

And the Lord respected Abel and his offering, but He did not respect Cain and his offering. And Cain was very angry, and his countenance fell. In pursuit of the relief of man’s estate, the farm and the homestead have been sundered. The economy of the Greek household, the Frankish feudal order, the English country squire, the American pioneer—the story of the western world’s political liberties has also been the story of independent agrarianism, citizen farmers, epitomized in Cincinnatus and Washington. But every step towards our industrialized agriculture, with its corporate centralization and chemical-dependent monocultures, has been a turn away from that tradition, each tread a growing echo of the ancient despotisms of the Fertile Crescent and pre-Columbian Mesoamerica.

So the Lord said to Cain, “Why are you angry? And why has your countenance fallen? Proud sons of Nebraska and daughters of Iowa will snort, indignant at this. “We’re farmers, still,” they’ll mutter. Barely. Maybe. I hope so. Is it farming to be a sharecropper for Bill Gates and other financial investors? Is driving a computerized combine for Bayer and Monsanto farming? Is it farming to harvest one kind of corn, one kind of soy, and nothing else? If you do well, will you not be accepted? And if you do not do well, sin lies at the door. And its desire is for you, but you should rule over it.” It hasn’t always been this way, and doesn’t have to be, as wise men such as Wendell Berry have reminded us. And don’t say we do this because the world must be fed, when something like a quarter of America’s corn goes to ethanol, and when time and again the replacement of indiginous agricultural methods with modern standardized processes has led to drops in productivity.

Now Cain talked with Abel his brother; and it came to pass, when they were in the field, that Cain rose up against Abel his brother and killed him. Ethanol is not the only byproduct of our agriculture’s industrialization. Now we factory-farm animals, too. Did you read Charlotte’s Web as a child? That’s not how it goes anymore. Pigs live in crates never to see daylight. Chickens,  piled upon each other, dirtied and diseased, are rinsed in chlorine to kill what cruelty has let fester. Cows are fed what’s left over from the ethanol and the vegetable oils; they eat what runs off the crop fields to seep into the water and grow into the grass, and so they become fat and sad like the people who eat them in turn.

Then the Lord said to Cain, “Where is Abel your brother?” When the farmers are not farmers and the shepherds are not shepherds we are hurting ourselves, human beings and Americans. We have every right to husband animals and till the earth for our food. We have been given dominion, and we have been given a beautiful and bountiful continent. He said, “I do not know. Am I my brother’s keeper?” But with each right there is a duty, and the way we treat the land and the way we treat our flocks and herds shapes us. The damage we do damages us. Our cruelty makes us cruel, our laziness makes us lazy, the farther we stray from harmony with the rest of creation the more lost we will find ourselves.

For too long we have let memories we cherish—of farms and farmers, of homesteads and pioneers, of cowboys on the range and Native Americans hunting the great herds—disguise how much we have lost and abandoned. No one would vote against a Farm Bill. No one hates farmers, right? Only those crazy libs care so much about animals. You’re not one of them, are you? And so we continue to stray.