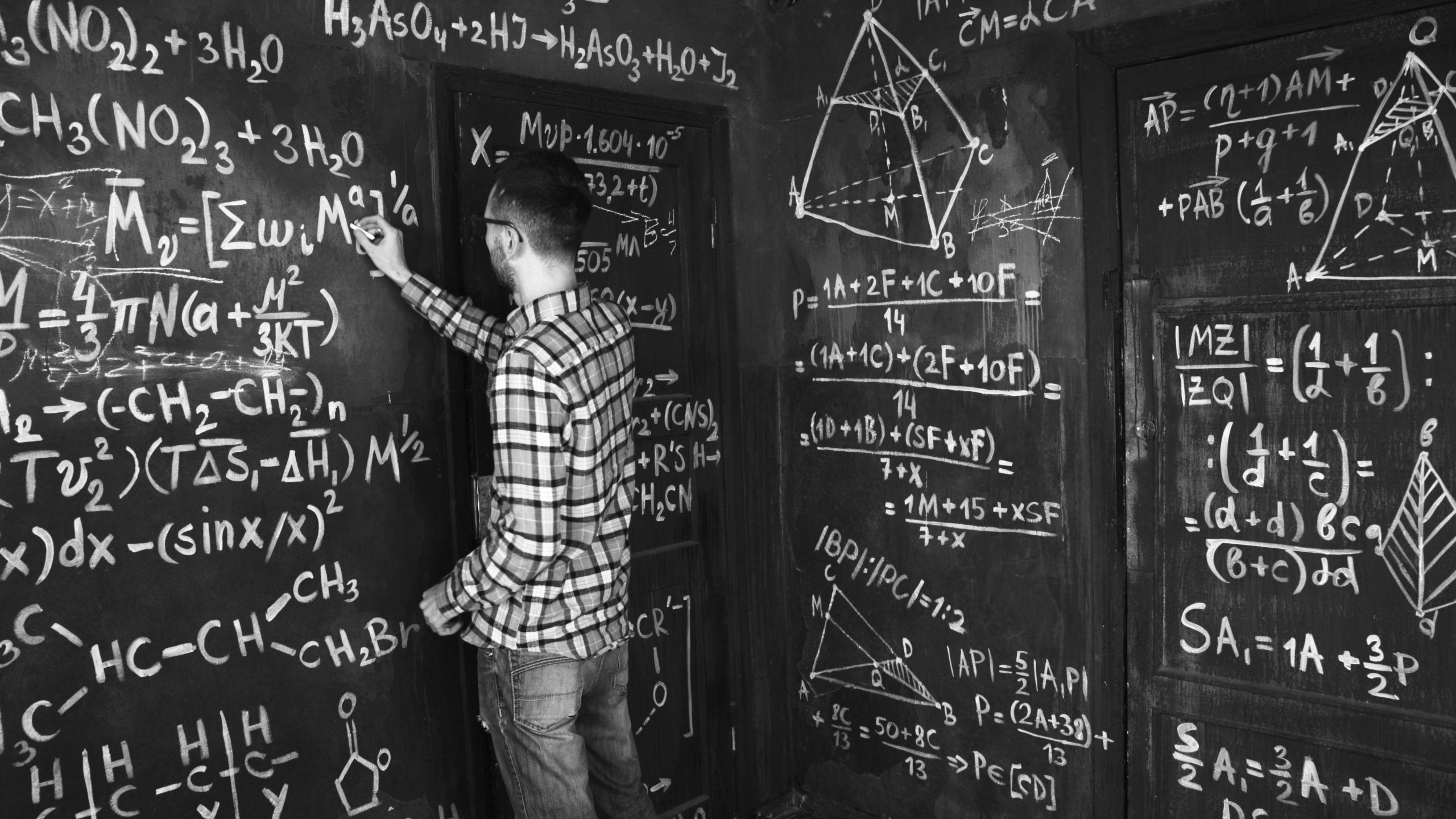 The rebuttal delivered by Jon Lovitz’s Michael Dukakis, in his debate with Dana Carvey’s George H. W. Bush, is one of Saturday Night Live’s most famous political punchlines: “I can’t believe I’m losing to this guy.” The New York City audience went nuts—neither could they believe Dukakis was losing to Bush. But, of course, the joke here was on Dukakis. That he could not understand why he was losing; and that his only response was to say so; pinpointed the oblivious candidate’s failings.

This sketch popped into my mind while reading Stan Veuger’s reply to my essay, “Searching for Capitalism in the Wreckage of Globalization.” Veuger seems dismayed that anyone would take seriously my own writings, which “struggle with relatively well-known facts about economics and the economy.” He thinks I am prone to conspiracy theories. He suggests I “read a book” or “reach out to someone with advanced training in economics.” His coterie of American Enterprise Institute (AEI) colleagues eats all this up (“just splendid,” “so much slicing and dicing,” “helluva takedown”). Yet he mostly succeeds in illustrating why the “center-right heavyweight economic policy community,” to use the term coined by Michael Strain, AEI’s director of economic policy studies, is losing ground so quickly in the globalization debate.

The basic quandary for economists in this debate is that they stake their claims to expertise and deference on their field’s purported rigor, but they can uphold their own standards only under artificial conditions inapplicable to policymaking. As a result, their work’s defensibility bears an inverse relationship to its relevance. They’ve built a formidable wall around their home turf, but the battles of the day are going on way over there. When they venture into the fray, they find themselves ill-equipped and exposed.

Feeling this tension acutely, Veuger’s first move is to retreat as quickly as possible. Notwithstanding the many examples of prominent economists (and The Economist) building their case for globalization on the work of Adam Smith and David Ricardo, Veuger disavows any such efforts. Without addressing these examples, providing any evidence of economic policy debates proceeding on some other basis, or taking his own profession to task, he asserts: “Modern economic theory in general, and trade theory in particular, is not built on quotations from 18th-century books. … No Smith or Ricardo quotes to support the optimality of the free-market equilibrium. The role their works play for modern economists is that of sources of both inspiration (rarely) and rhetorical flourish (more frequently).”

In doing so, he leaves an awful lot of good men out on the field. For instance, in response to my observation that “rather than an easy win-win for all involved, trade policy presents a variation on the prisoner’s dilemma,” AEI’s Strain has written: “Cass himself is prisoner to a misconception, for he does not understand the model he is criticizing. That model does not ignore the possibility of a prisoner’s dilemma but rather denies that it exists. After all, the classical case for free trade was developed in a mercantilist world, and it argued that free trade almost always benefits the country adopting it, regardless of the trade policies of other nations.”

“The classical case for free trade” is not a “rhetorical flourish” here, it is the argument, and Strain clearly thinks it’s a winner.

Or take another of Veuger’s AEI colleagues, Glenn Hubbard, who recently published what he calls “a love letter to Adam Smith.” The book, The Wall and the Bridge, “promotes the benefits of an open economy,” per the publisher, by “taking Adam Smith’s logic to Youngstown.”  In a chapter titled “Adam Smith Schools Today’s Commentators,” Hubbard writes, “Smith offered killer arguments against mercantilism’s walls and tinkering over 200 years ago,” which “with some subsequent contemporary tuning up, remain spot-on.”

To be clear, I applaud Veuger for abandoning these positions. I’m just not sure the flight from his own institution, its most influential representatives, and their most prominent arguments, is quite the riposte he thinks.

Having bravely led the retreat from one problem, Veuger is still left with the other: the ground he is prepared to defend is not especially useful. Rather than relying on Adam Smith, says Veuger, economists are producing formal proofs of theorems like, “If there is a vector p which equates supply and demand for X*, then X* is optimal.” Again to his credit, he is quick to concede that “the optimality result above relies on assumptions that may not be realistic.” And in defense of the exercise, he notes that “those assumptions are explicitly spelled out in the article.”

But while admirable, acknowledging upfront the inapplicability of an optimality result still leaves it inapplicable. The proof has about as much relevance to policymaking as the proof that “Diophantine equations that give rise to surfaces with two or more holes have only finite many solutions in Gaussian integers with no common factors.” In other words, it is mathematical abstraction that may advance human knowledge in ways that someday find practical applications, but it doesn’t give useful guidance to policymakers.

Veuger comes closest to a useful application of economics near the end of his reply, when he asserts that “the U.S. capital stock would be smaller under Mr. Cass’s preferred policies, rather than greater,” if America had not accumulated such massive trade deficits, “because overseas residents currently finance a good chunk of [the stock].” But look closely and Veuger has wandered far beyond his walls to get into the fight. He is offering what economists call a “partial equilibrium” analysis—one that considers only the effects within one market while holding all else constant. Yes, if the U.S. had run a much smaller trade deficit, and nothing else changed, its net capital stock would be lower. That’s a good exam answer, but it’s not how the world works.

In reality, much else would have changed too. If the U.S. had pursued policies that made domestic production more attractive, what investment would have occurred? How would employment and productivity trends have changed? What would the cost of capital have been? The federal deficit? These are questions that policymakers should consider, and that Veuger’s model cannot answer. His conclusion is just another “result [that] relies on assumptions that may not be realistic.”

Note also that Veuger’s use of a partial equilibrium analysis when it serves his purpose conflicts directly with the typical emphasis by globalization’s proponents on thinking holistically and over the long run. His argument takes the same form as “U.S. employment would be lower under Mr. Veuger’s preferred policies, rather than greater, because many American manufacturing jobs would be offshored.” Economists would not accept that assessment. Yet their commitment to considering the long-run, general equilibrium under various policy conditions seems mysteriously to vanish whenever they can identify a short-run cost of a policy they dislike.

The common thread in these analytical errors, made generally by economists and illustrated helpfully by Veuger, is that they blur the line between (a) what economists know, and (b) what they want to be known for. Policymakers have discovered the perils of this blurring, they are paying attention to it, and they are rightly expanding the scope of their own thinking beyond what has proven to be quite poor economic advice. Economists who have taken for granted their own supremacy in such debates, and lost sight of their discipline’s limitations, may want to recalibrate while anyone is still listening.

Indeed, I can’t help concluding with a bemused grin at Veuger’s concern that the work we are doing at American Compass is “isolated from America’s mainstream intellectual life.” I’m just not sure a comment written at our invitation, published alongside other comments from numerous disciplines and across the political spectrum, is the right place to lament our isolation. Perhaps after spending long enough in a bubble, one comes to see the bubble as the world, and the outside world as trapped.