The New Right, in contradistinction to the liberalized Hayekian governing mentality that American Compass’s Oren Cass has called “Let the Market Rip,” is unafraid to wield the levers of political power in the service of good political order. Here at Compass, while we often disagree among ourselves as to specific economic policy disputes, there is an overarching appreciation of precisely that sentiment—of a distinctly economic political statecraft and a willingness to reject “do-nothing economics” for carefully targeted economic planning initiatives. Industrial policy and the concomitant reshoring of supply chains make for a perfect archetype, with a bevy of hands-on, activist micro-policy possibilities.

The New Right is broader than the confines of the “dismal science,” though. For the movement to be what it truly aspires to be, it must touch upon every facet of our political, legal, and civic lives. And not only must it touch upon each of these disparate areas, but there must be alignment such that the various moving parts congeal and develop into a robust, comprehensive whole. Each part necessarily interrelates with its coordinate parts; to view merely an economic, cultural, foreign policy, or legal sliver in isolation is to risk missing the big picture. It is to risk missing the art of politics qua politics.

In an essay last May depicting the outlines of what a New Right-oriented constitutionalism might look like, “Common Good Originalism,” I expressly connected my salvo to this broader project:

The “New Right,” broadly opposed to the pre-2016 “dead consensus” and arrayed, with Sohrab Ahmari, “Against David French-Ism,”  has fueled a major intellectual ferment. Baby-faced senators like Josh Hawley and Tom Cotton now openly challenge neoliberal consensus. Marco Rubio now touts the merits of “common good capitalism.” Think tankers like Oren Cass aim to restore a conservative economic order unconstrained by “market fundamentalism.” Nationalism and an appreciation for the virtues of sovereignty are on the ascendant.

The upshot of “common good originalism” is a rejection of an interpretive methodology of “strict constructionism,” most frequently associated with the Founding-era Virginians, Thomas Jefferson and James Madison, in favor of the jurisprudential outlook of Alexander Hamilton, Edmund Burke’s heir apparent on American soil. Hamilton, a favorite of economic nationalists and Compass leaders, rejected, as Adrian Vermeule put it in 2015, a legal “straitjacket,” preferring instead a “comfortable garment that allows flexibility while retaining its basic shape.” For instance, Hamilton preferred a more expansive constitutional construction, ranging from the hotly disputed Necessary and Proper Clause to executive branch war powers, that would permit political actors in the two political branches to more ably wield political power to promote good political order in the service of the public good. During the Founding-era Pacificus-Helvidius debates of 1793-1794, for instance, Hamilton took the “comfortable garment” position—contra Madison’s constricting “straitjacket”—that President George Washington’s unilateral Neutrality Proclamation of 1793 was constitutional, notwithstanding rivalrous congressional prerogatives pertaining to treaty-making and war declaration.

This more expansive, Burkean/Hamiltonian, common good-oriented jurisprudence, still rooted in the constitutional text, is—contra decades of erroneous “conservative” fawning over the great “strict constructionist” Virginians—our true Anglo-American conservative inheritance, dating back to the English common law tradition. It was validated by Chief Justice John Marshall in the 1819 case of McCulloch v. Maryland, which upheld the constitutionality of a national bank, and reached its apogee during the presidency of that great American nationalist hero, Abraham Lincoln. And it is no coincidence that the men—Hamilton, Marshall, Lincoln, and so forth—so closely connected to this jurisprudence are the same men so closely intertwined with Compass’s economic priorities. As Compass’s Wells King has observed, “From his very first campaign manifesto in 1832, Lincoln confessed that ‘my politics are short and sweet. …I am in favor of national bank…in favor of the internal improvements system and a high protective tariff.’” Such an economic portfolio, especially with respect to a national bank and internal improvements, might be imperiled by an exceedingly cramped, Jeffersonian view of the scope of the national government’s constitutionally permissible political power.

Unfortunately, much of contemporary “conservative” jurisprudence fits within an unsatisfying dichotomy: either strictly amoral, value-neutral, and positivist on the one hand, or overly liberalized and individual autonomy-maximizing, on the other hand. My basic contention is that neither jurisprudence aptly represents our true Anglo-American inheritance, and that a rediscovery of and recommitment to that inheritance would best complement the missions of Compass and like-minded New Right organizations: to ably wield political power to promote good political order in the service of the public good. It is difficult, to take but one example, to reconcile the sort of “strict” Jeffersonian/Madisonian originalist jurisprudence with the legal regime required for a national labor relations paradigm of sectoral bargaining.

In my capacity as a research fellow at the Edmund Burke Foundation, and also through various Federalist Society events, I am now working to more deeply and meaningfully flesh out this jurisprudence—a jurisprudence befitting the New Right by embracing the very best of our past. Consider this “Commons” post an early-stage effort to promote an interdisciplinary New Right—and an open plea for others with a legal background to join me. 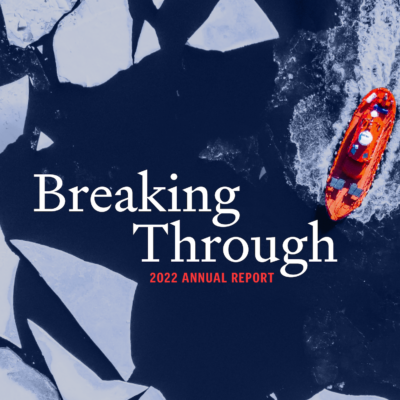