When you talk to residents of these communities the dreams and hopes you hear in well to do neighborhoods is replaced by a listing of fears, frustrations, and wrongs they have suffered at the hands of authorities.

As as a white outsider you also hear an intense cynicism and skepticism that can tip into a paranoia, “Why you here? You are a cop, right? We seen some strange white men driving around, pulling people over and taking them away. Disappearing them. You part of that?”

It is a paranoia that is justified. The ad hoc street memorials to the dead that dot these neighborhoods are a physical reminder of that. Lamp posts surrounded by votive candles, Hennessy bottles, stuffed animals, and Mylar balloons, whose level of deflation is a time stamp on the death.

In Milwaukee’s North Side one of those memorials is to Sylville Smith who was shot dead in 2016 by a police officer. Sylville had run from a traffic stop and was killed a few blocks away. The peaceful protests that followed turned violent past midnight. Months later the impact of Sylville’s death is a burned-out gas station and a street memorial with completely deflated Mylar balloons. And a lot more frustration, cynicism, and anger. 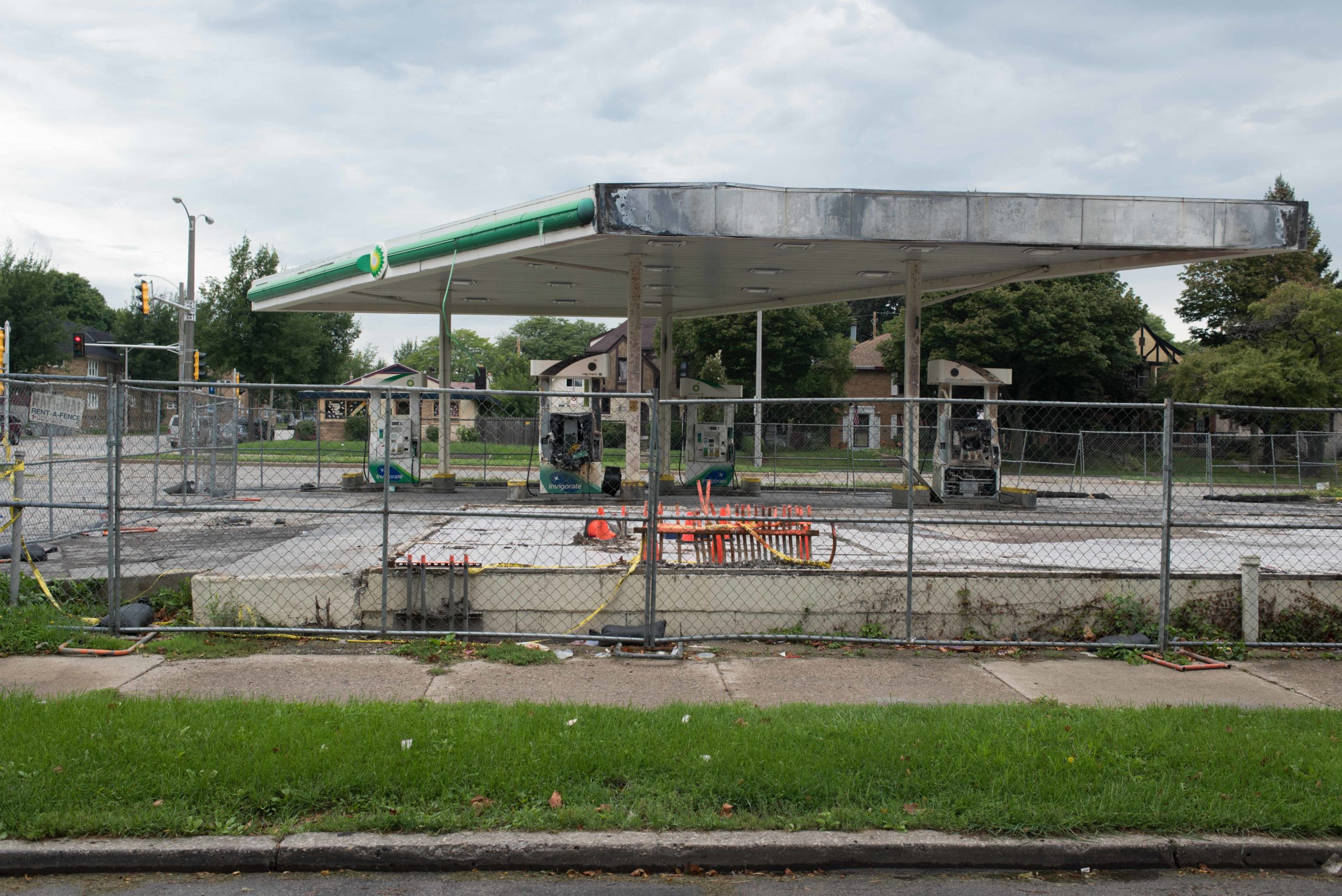 A local community organizer, R Jackson, stands in front of the burned out gas station. He talks for an hour, detailing the over policing, over regulation, and over enforcement of those regulations the neighborhood has to endure. The web of regulations and a heavy-handed enforcement that falls hardest on the working class, especially blacks. “Police are constantly humiliating the young people here. Everyone in this neighborhood had been demeaned.”

A younger man explains, “Look. My dad is a cop, so I see both sides. But for us, for black kids, being outside is dangerous. One slip-up, one deviation, and we are incarcerated, or worse. We have no choice. We cannot do anything out of the norm presented to us. It is a kind of slavery of expectations.”

In these neighborhoods residents are constantly stopped, frisked, monitored, pulled over, prosecuted, and jailed. Nuisance tickets (jaywalking, possession of X, selling Y without a license, doing Z without proper permits) are thrown at people like candy at a parade. It is just normal to have to deal with this stuff.

The authorities, from top to bottom, from politicians in DC to cops on the street, assume the worst about the poor, and especially about poor blacks.

The decay of Milwaukee’s North Side is one of those consequences. It lost good jobs as factories moved across the country, or overseas to places with lower labor cost. It is hardly alone though. That has happened in communities across the country. Black communities, white communities, it doesn’t matter. The entire working class has been hit. If a community had stable jobs that people could walk straight out of high school into, and build a family around, that community has probably been devastated.

R Jackson again: “Milwaukee had lots of factories. A O Smith made car parts. All my friends’ fathers worked there. Those friends also had fathers in their lives. They stayed around because there was jobs. When I came back from the Navy, the jobs were gone, and my friends had changed. Many of them were into drugs – using and selling. We used to just hang out and play b-ball. Never worried about violence. High paying jobs have been replaced by service jobs or no jobs.”

The instability that resulted, the drugs and violence that followed, didn’t result in the business and political community questioning their own selfishness and the policy resulting from it. They didn’t question if perhaps putting profits above all else was tearing apart the fabric of the Nation. 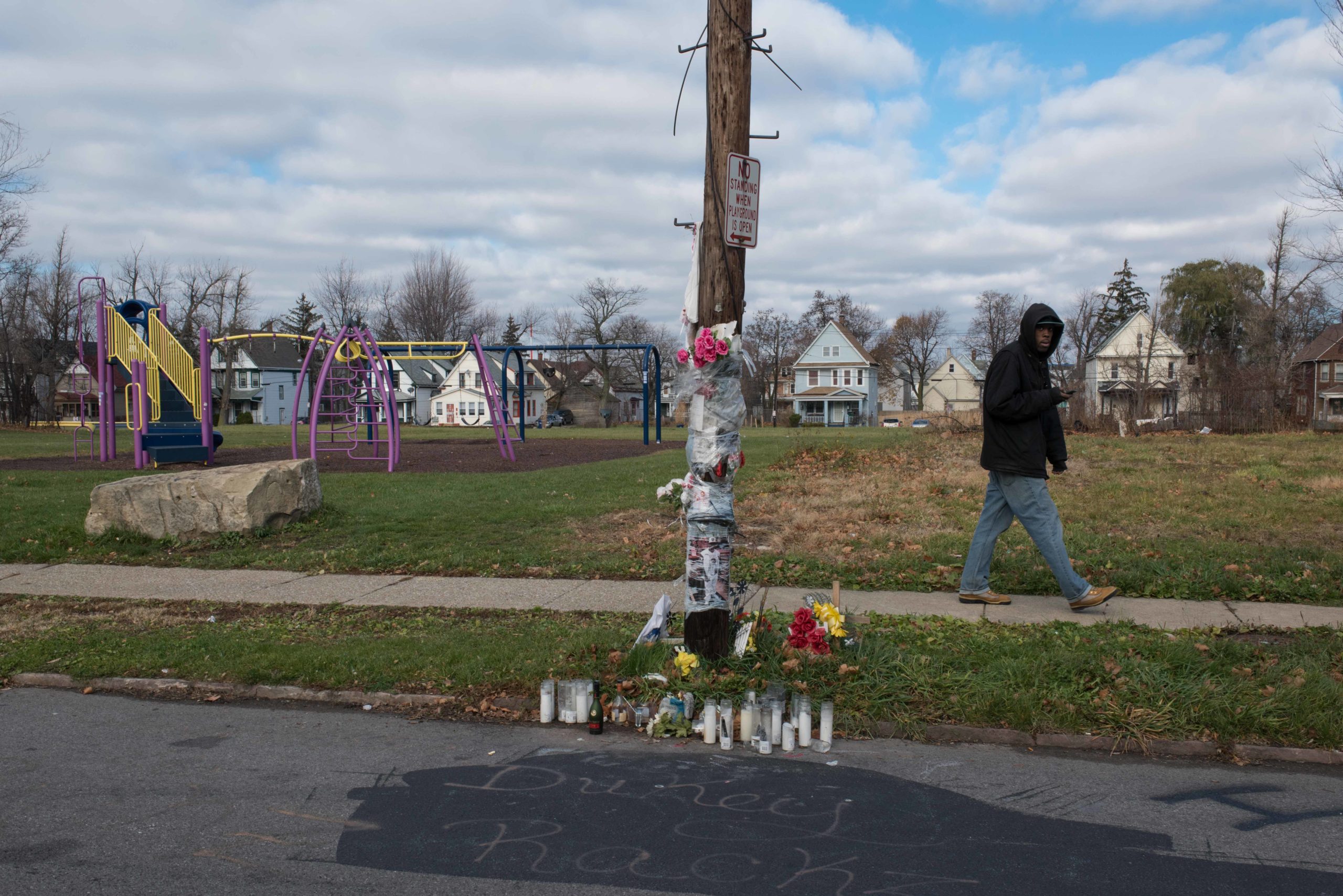 Rather the political class and the donors who support them, responded by over-regulating the communities hardest hit. They further empowered the state to get into the business of hassling, incarcerating, and humiliating the lower classes, especially the very poor, especially blacks. They embraced the Broken Windows theory, throwing waves of police to deal with the resulting frustration and chaos, resulting in even more frustration.

So while us elites have gotten richer off the profits of a business community unchained and under regulated, under the theory that individual liberty, especially when applied to businesses, is collectively beneficial, poorer Americans have been subjected to over regulation, an increased state and police scrutiny, under the theory that individual liberty is collectively corrosive.

The justification from the political status quo that has constructed this stunningly and deeply unfair system is to blame the working class, and how they live. To say the “culture of the poor is broken.” The classic blame someone else for my exact sins tactic.

What is really going on is a selfishness and hypocrisy writ large, resulting in a two-tiered reality — Libertarianism for me but Authoritarianism for thee.

So it isn’t surprising to see why the residents of these communities, who are on the short end of this massive hypocrisy, who have to live with this absurdly unfair system, are frustrated enough to rage against the status quo. To embrace the reckless and profane. To maybe vote for someone who promises to break the system and empower them, or if they don’t have that option or trust it, go out and try to break the system themselves.

The only surprise is that it doesn’t happen more often.

What Happened: The Trump Presidency in Review

Ross Douthat, Rachel Bovard, Oren Cass, and Arthur Bloom discuss what happened: the degree to which personnel is policy, how the economy performed during the Trump presidency, and what a forward-looking, post-Trump agenda should encompass.

What Next: A Multi-Ethnic, Working-Class Conservatism

Senator Marco Rubio and Congressman Anthony Gonzalez join American Compass executive director Oren Cass for a conversation about how to build a conservative agenda that appeals to a multi-ethnic, working-class base.

A conversation about the post-pandemic U.S. economy, hosted by City College of New York’s Colin Powell School for Civic and Global Leadership