It is easy for the right to look at excesses from the current protest, or the incoherence of some protestors, and dismiss them in total. They don’t know their history! They are yelling about capitalism from an iPhone! Defund the police! Crazy!

That is a mistake. The Black Lives Matter movement isn’t simply about the content of the rage, but the amount. Which is deep, wide, and justified, and if not understood and addressed, will get worse.

Understanding it means understanding the poor black communities it emerged from, which have suffered so much for so long, under Democratic and Republican rule, in both times of boom and bust.

Blacks in America, especially those without a college degree, are tired of being stigmatized, humiliated, mocked, blamed, over-analyzed, then promised hope or change, only to be tossed one measly targeted tax credit after another.

After the advances of the civil rights movement, it was supposed to be different. Yet over the last decades, working class blacks have suffered all the wrongs of their white counterparts — the loss of good jobs, the decline of their cities as the factories fled, watching as newer immigrants pass them by, only to be told, ‘well, go get educated or rent a U-haul’ — and then a lot more.

They can’t easily ride the education escalator out, or rent the U-haul. Instead they have to stay as their white neighbors leave, their communities decay, and then sit quietly as they get blamed for that decay.

Said Rubin, 84, a lifelong resident of Gary, Indiana, “When the jobs left, the whites could move, and they did. But we blacks didn’t have a choice. They wouldn’t let us in to their new neighborhoods with the good jobs, or if they let us, we sure as hell couldn’t afford it. Then to make it worse, when we looked at the nice houses they left behind, we couldn’t buy them because the banks wouldn’t lend us money.”

Living in these communities means knowing someone who made it out. One of the few who snatched a lifeline the meritocracy throws the poor. Who got a “proper education,” fled to a better neighborhood, only to look back and shake their head. Why are you still living in that dirty old hood, wasting your time playing hoops and video games? Still going to that silly church? Pull up your pants! Stop that music! Speak proper English! Study poetry and science like I did!

The only chance they have to become obscenely rich in our country, which only seems to value the obscenely rich, was bluntly told to me in Baltimore, “The three H’s: Hip-Hop, Hoops, or Hookin.”

Working-class blacks want what everyone else wants, which is a version of the American Dream: To work a decent job, have enough money to buy a home, start a family, and then see their kids and grandkids do the same. All while being otherwise left alone to pray, bowl, hunt, watch sports, or do whatever else they like to do. But that is out of reach for most of them now, and knowing that is frustrating as hell. 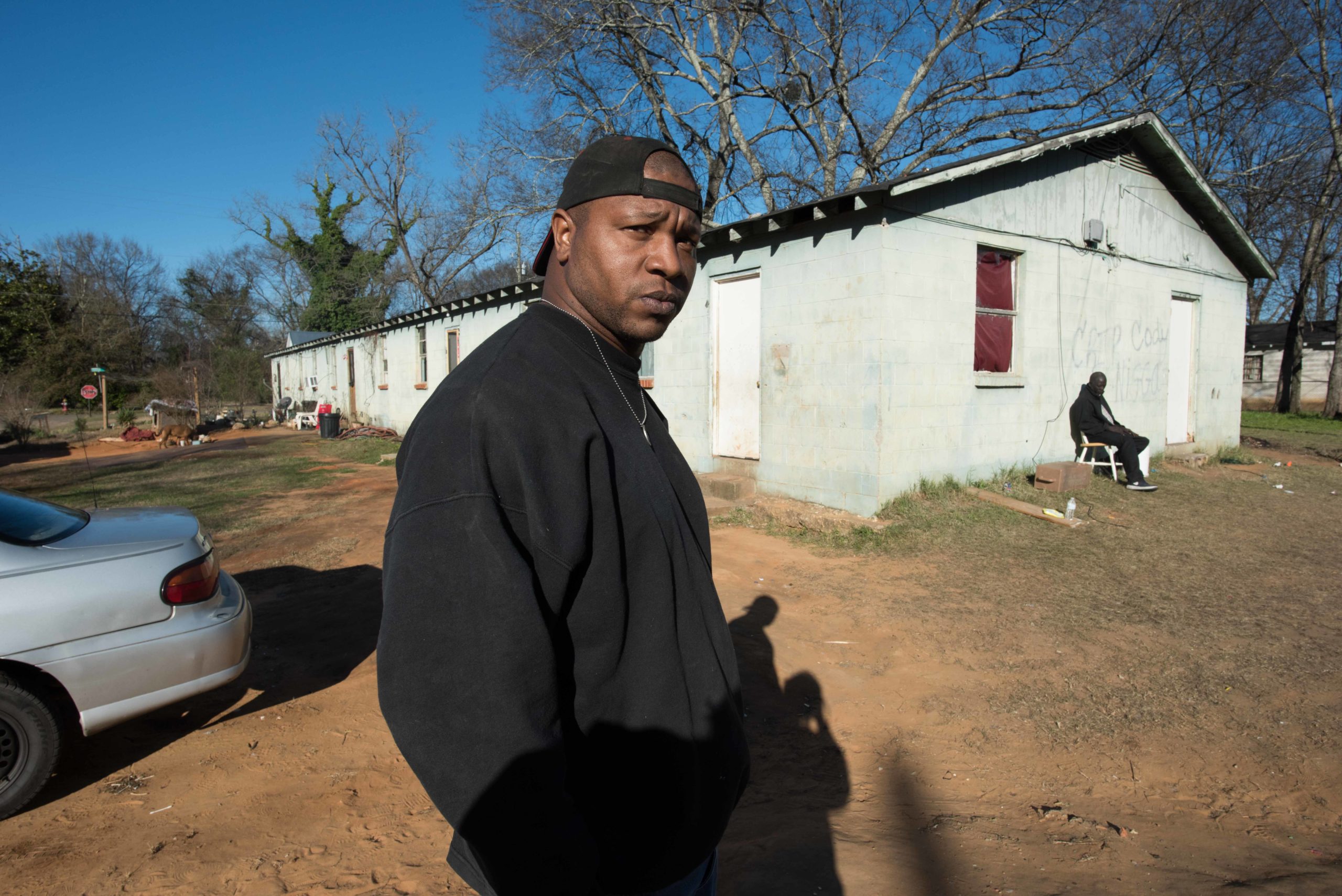 Knowing you won’t be taken seriously if you complain, adds to the rage. If you are living in a Baton Rouge housing project, surrounded by crime and poverty, the New York Times isn’t going to print your pain. You don’t have the credentials or even know the narrow language elites require to listen. So you protest, or riot, or maybe even loot.

All of this reminds me of 2016. Then it was working-class whites channeling their anger and frustration into Trump and his wink wink nudge nudge racism. They knew something was deeply wrong and unfair, they were just not sure exactly what. Trump however, told them he understood and would fix it, so they globbed onto him, some because of his racism, some despite it. The movement eventually pulled in some wealthier whites who saw an opportunity to ride a political wave.

Then it was the left who looked at the roughness from those rallies, or the incoherence of some of his voters, and dismissed them in total. That was a mistake, because again, it wasn’t about the lyrics, but the volume.

A big difference now is that large segments of the establishment — corporate America, the media, and academics — approve of the BLM protests, almost to a level of turning them sacred. Trump and his voters found little establishment support beyond a few CEOs eager for a tax cut, or getting a pet project passed.

The result is the BLM protests have swollen well beyond their origins, pulling in more and more people, often wealthier, educated, and white. Some joined because of an understanding and empathy, others, like Fortune 500 marketing teams looking to make a buck, are opportunistically riding this political wave.

That should worry the working class and back row blacks that started all of this. The BLM movement risks being co-opted by a group of elites, who if they ever thought of poor blacks before, it was as cheap labor, or a concerning datapoint in a spreadsheet, or a vote they need every few years.

These elites are going to turn down the volume and rewrite the lyrics, to make this moment about them, turning it corporate, eventually watering it down into a plastic wrist band they can wear, or a book they can write. A diversity day at a company that evicts poor blacks. The failed American Dream, rebooted, with the exact same software, but sporting a snazzy new BLM logo. 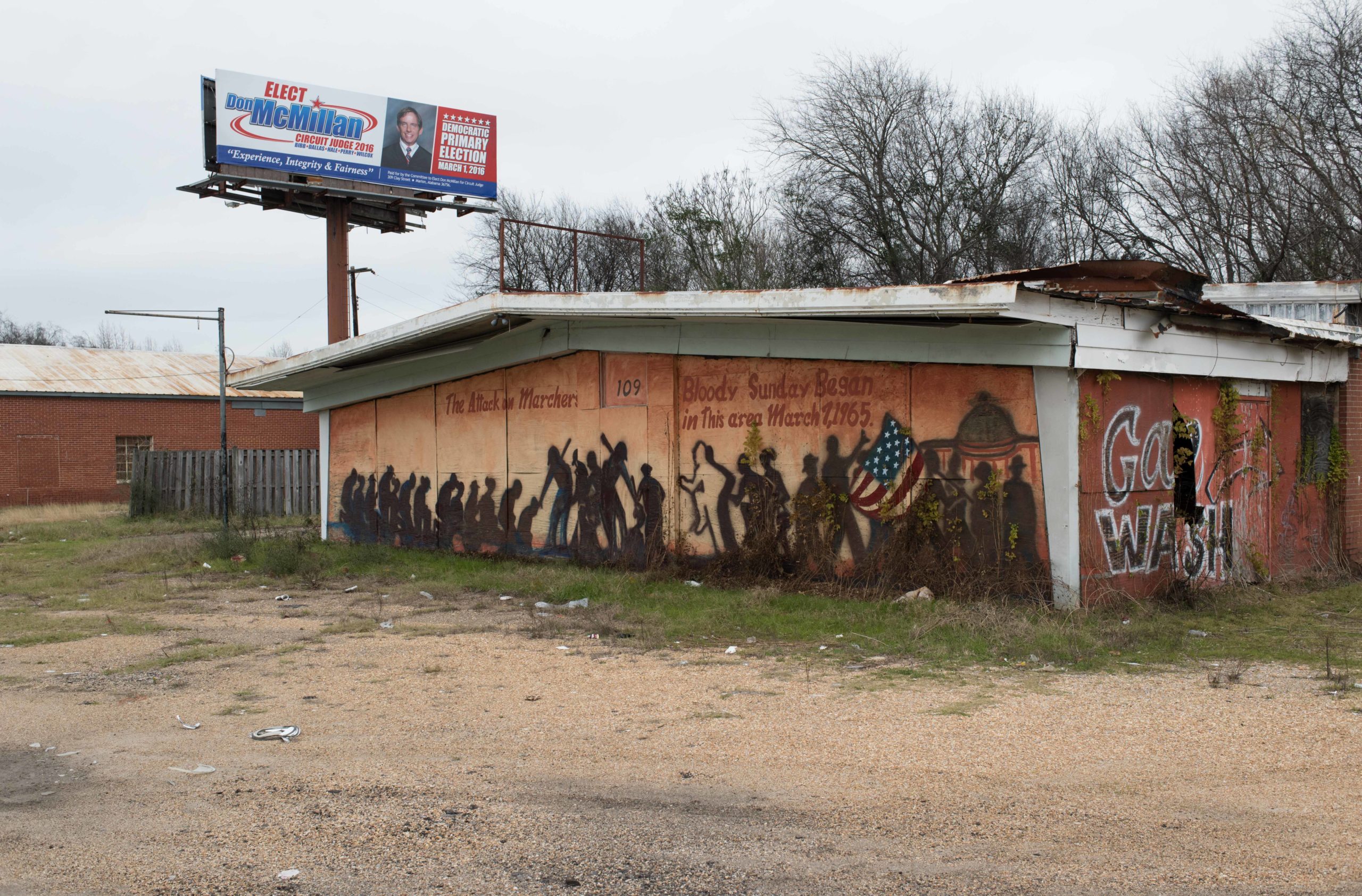 That is one of the lessons from Selma, a place elevated to sacred status, but whose reality is a reminder our country has failed working-class blacks. Every year the same set of elites who are now taking a knee while wearing kente cloth, or proudly posting “Black Lives Matter” on their Twitter homepage, flock for a photo op on a bridge in Selma.

Blocks away is the reality of Selma: An overwhelmingly black town filled with poverty, pain, and frustration. One where crime is ten times the national average, gangs rule, and one of the few jobs available to residents is scrapping bricks forged by slaves to be used in far away fancy restaurants they will never eat in.

In the words of a 52-year-old man who spent his life in Selma, whose daily reality is decay, frustration, and rage, “All the factories that used to be here closed… they all picked up and moved when we elected a black mayor…. Selma ain’t like that movie. There everyone is working together and putting the past behind them. But the reality is Selma has been left behind, and folks certainly are not working together.”

The elites killed the Trump movement by actively fighting it. They are going to kill BLM by actively loving it.

In the spirit of the holidays, this episode of Policy in Brief focuses on the family and what public policy can do to support this vital institution.

Republicans: Our Future Is Not With Free Markets. It’s With the Working Class

Help working families with the costs of raising children