Calling on the Wrong Profession: Time to Listen Less to Economists 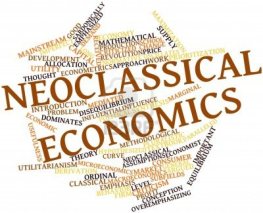 As hard as it is to believe, there was a time – before the New Deal – when economists were largely treated like any other interest group, occasionally saying something interesting, but usually ignored by policymakers.

All that changed when Keynesian economics started to be seen to the solution of business cycle downturns, and then after the War with rapid expansion of economics graduate school enrollments. Quite quickly, what become known as neoclassical economics established its intellectual monopoly where only they were allowed to pontificate on economic matters. Neoclassical economists became the priesthood with the power to bless or curse any and all economic ideas, backed up with the ability to intellectually excommunicate non-believers.

At one level this made some sense as some issues, like setting interest rates, require economic analysis.  But the problem with the profession’s monopoly on economic policy is that neoclassical economics is a discipline that largely studies one thing: price-mediated markets.  As John Kenneth Galbraith once wrote, “an economist without a price system is like a priest without a divine being.” For them, there is no problem that prices can’t solve. Want less carbon pollution; tax it. Want more jobs, lower the minimum wage.  Want more trade, get rid of tariffs. In short, neoclassical economics views the economy as a vast marketplace, generating billions of price signals and exchanges daily to achieve the most efficient allocation of goods and services

The problem is that price-mediated markets are central to efficiently allocating existing production, but are deficient at generating innovation. The central task of economic policy — at least once the COVID recession is over — is not managing the business cycle or boosting allocation efficiency; it’s driving a robust rate of introduction of new products, production processes  and business models. This has less to do with prices and more to do with institutions, for-profit and non-profit, that support the fastest possible rate of technological innovation and progress.

Yet, as leading Schumpeterian economics scholars (economists who focus on innovation) Richard Lipsey and Ken Carlaw write, market forces alone are woefully inadequate to generate needed rates of innovation. They highlight two factors in particular that make this so: pervasive uncertainty and the fact that technology innovations enable other innovations and that firms usually can’t plan for or benefit from these spillovers. As they write: “The fact that invention and innovation are fraught with uncertainties upsets the idea that the private sector will allocate resources, including R&D, in a socially optimal way.”

Economists say these things because they know that their profession has very little of use to offer the policy maker seeking all three of these things, other than to say, “get prices right.” Don’t look over there at real firms, industries and institutions; look here at the magic price wand we have.

Yet, scholars who study how industry and technology work, have shown that policy can boost productivity. Scholars like William Baumol, Lipsey and Carlaw, Richard Nelson, and Paul Romer have shown that innovation can be understood and policies to advance it identified. And anyone who looks at the real economy and the economic challenge from China knows that competitiveness is an important realty that won’t be solved by getting prices right.

As such, it’s time for Washington to end its cult of economics and start to approach economic problems for what they are: institutional, sectoral and firm problems. That means starting to call on the advice of technology policy researchers, business administration scholars, planners and others who actually study and understand the real economy.