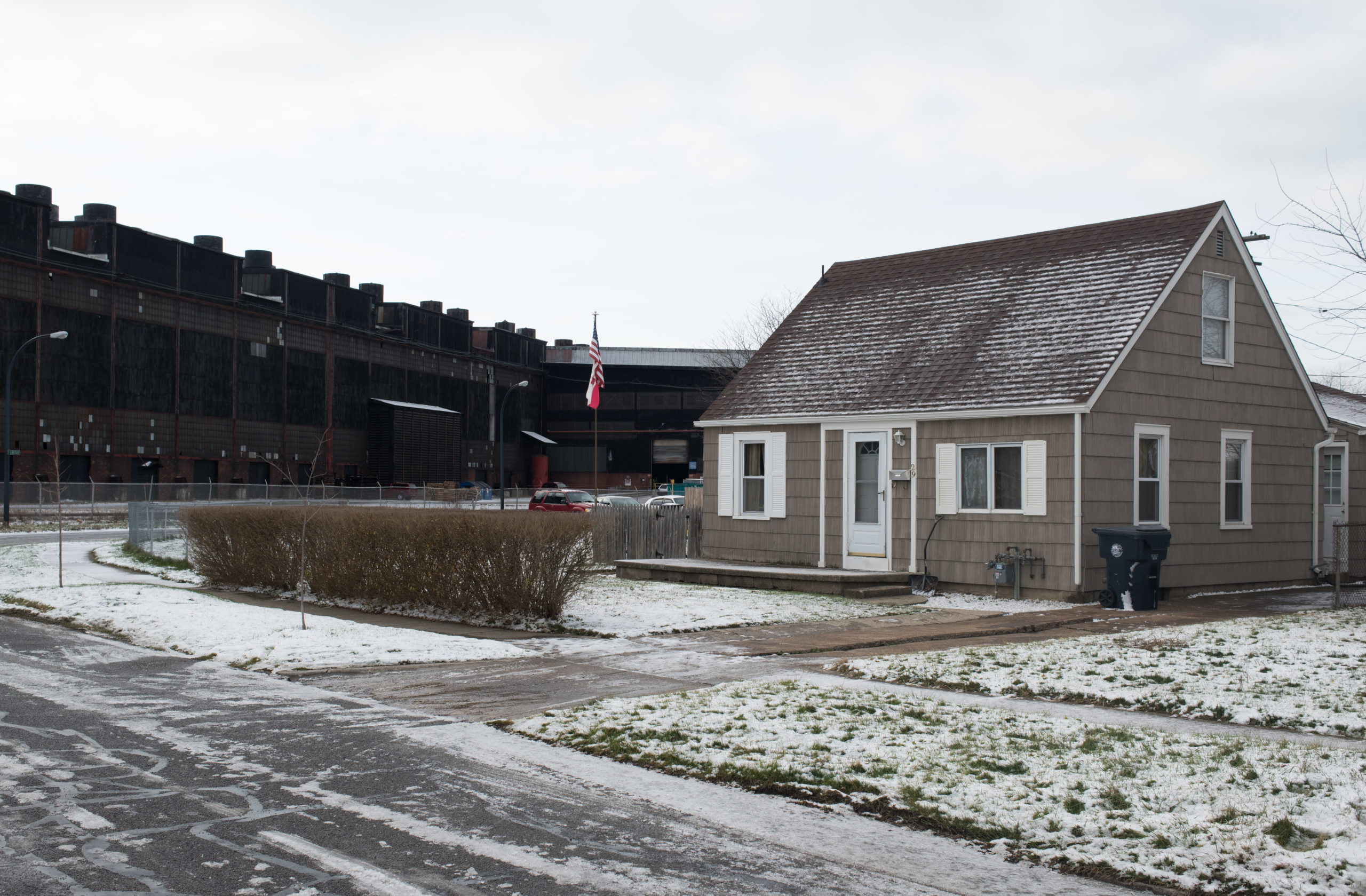 After spending eight years driving four hundred thousand miles to take 60,000 pictures of working class Americans, I could easily write a Labor Day essay on the dignity of work, topped by a photo of a man dirty from work, leaning on his well cared for F150 with a back-rack, silver tool box, two bright yellow cylindrical Igloo coolers, and pissing Calvin mud-flaps.

To remind readers that manual labor in the US is under appreciated, both culturally and economically.

I have plenty of those pictures and manual labor is under appreciated. Yet as a photographer you realize the more meaningful stories come from the times you don’t take pictures. Where the moment reveals itself without you intruding, and the story lies beneath a smothering banality, rather than being an easy stereotype.

I saw plenty of workplace scenes like that, because for many Americans work is something to endure, rather than celebrate, and if there is dignity in it, it is from a required resiliency.

Like in a McDonald’s in the poorest county in North Carolina, where a young woman who works the overnight shift comes in at 11 pm with her pajama-ed seven year old, places him and a knockoff iPad in the booth closest to the counter, gives him a quick meal. After an hour of watching videos, he lays the length of the bench and sleeps while his mom works. Throughout the night the other workers spend their fifteen minute breaks across from him, flipping through their phones, and checking to make sure he is okay.   When asked if she does this regularly, she says something to the effect of ‘My momma usually watches him, but she is currently disposed. His daddy? He is locked up, again.’

Or the young man and older women working the afternoon shift alone in a Louisiana Waffle House, her serving, him on the grill, gossiping about work to pass the time. After he complains about everything and everybody for ten minutes, ending with a threat to quit, she matter of factly asks him, “Well, what do you want with your life?”, to which he responds, “Job that pays enough to get a home, have a family, and do my hobbies.” 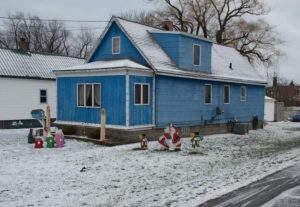 Or the elderly man who comes to the El Paso McDonald’s each day wearing the same stetson hat, worn and dirty three-piece suit, carrying a plastic shopping bag. He gets a small coffee, opens the shopping bag, pulls out a phone and a stack of worn papers listing names, numbers, and other info, then sits for eight hours calling clients to see if they want or need more insurance. “Hey, Pedro. This is Miguel. I hope your mother is doing fine. Oh. I am really sorry to hear that. I know this isn’t the best time to talk about life insurance, but when is…..oh ok. I will put you down as a call back in two weeks. Thanks.”

None of his calls seem to bring a sale, yet for weeks he does this, working his way through the list, slowly scratching out each name after each call.

Or the woman sitting at a folding table in the parking lot of a gas station of a tiny mountain town collecting signatures to strengthen or loosen work rules for felons. It could have been either because the only jobs in town are in a massive meat packing plant. Food processing is one of the few workplaces that will hire people with criminal records, and so the town has a large share of felons who found the town on chat boards dedicated to navigating a limited post-prison world.

The town also has an oddly large number of taco stands for a county that is 97% white, since the town is one third Latino because immigrants are the only other group willing to do the work of cutting up chickens and turning scraps into nugget slurry. 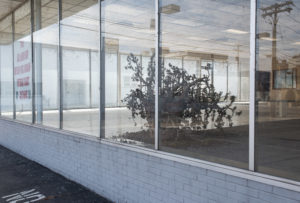 These are the images I have of work and workers in America. It doesn’t take place in cinematographic settings and the work doesn’t define who they are. Not by them at least. Work is something to endure, and most do endure it, with an impressive resiliency.

Our technocratic class, politicians, and the elite media rarely see this, and if they did most would be hard pressed to understand it, because their resume and career define who they are. They are careerists, so they assume everyone else must be a careerist, and they look at everyone else working, including the guy in dirty clothes driving the F150, and assume he is a careerist as well, just one in a different and mostly icky career.

Or if they do acknowledge careerism isn’t for everyone, they end up romanticizing manual labor, because they are also policy people and believe with enough changes all work can be made uplifting, when the reality is a lot of work just sucks, and is drudgery, no matter how it is structured.  They do this because the alternative is too uncomfortable: That their comfort and lifestyle requires the labor of people who are not enjoying the laboring. At all.

Our elites misunderstand work, and how most people deal with work, so they assume something must be wrong with the people who want to live a life without being dedicated to building a resume, and then writing a poem, or singing a song, or whatever, about their job or the dignity of work. Or something is wrong with our public policy when it doesn’t turn everyone into the happiest most efficient worker they could be. 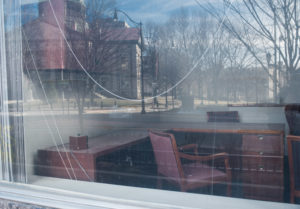 Yes there are some lazy people out there, but most everyone is hard working, and tries the best they can. Yes there is something wrong with our policy, but it is mostly that it can’t imagine some people don’t define themselves only through their work and that some work really really sucks, and at best is endured.

Many Americans see work as a thing to deal with, that hopefully gives them enough stability or money to have a shot at being who they really are. Which is a good father, or a good mother, or a Bucs fan, or great golfer, or a rising dirt track racer, or the person who throws the best block parties, or a reliable singer in the church choir, or a competitive BBQ-er, or a good solid friend that will do anything to help out anyone else, or someone ‘keeping their head above water and doing it without losing their cool because it is easy to lose your cool in this crazy world.’

That doesn’t mean they don’t want to be good at their job, but that there are a lot of hard jobs because life is hard, and a lot of people would rather focus their energies on being good at their lives.

Work is only a part of that, let’s not try to make it the only part.