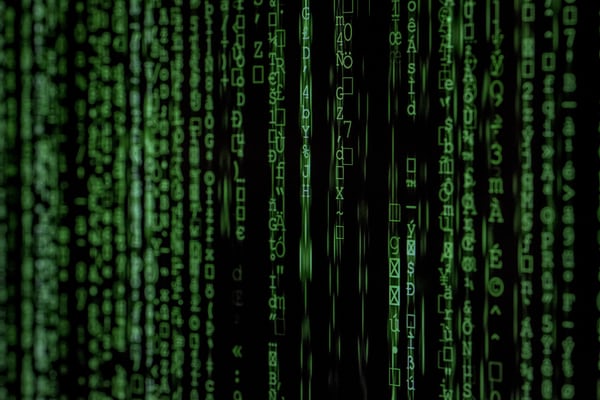 If you’re an average working person, going about your life, trying to put the next meal on your table, and happen to listen to the media and pundits talk about technology, your natural response is probably to vote a straight Luddite ticket in the next election.

People are being fed a steady diet of techno-revolution diatribes that would rightly freak out most people; at least most people who don’t possess a graduate degree and who travel around to Davos-like settings talking about what’s gone wrong with the “masses.”

One can hardly read a story about technology without hearing how the pace of change is not only accelerating, it’s exponential. Just Google the term and you get things like: “how to prepare for a world of exponential change,” “how exponential change is upon us all,” and even “how to profit from the growth of exponential technologies”. Most people are still trying to figure out how to use their smart TVs: now we are telling them the pace of change will be exponential. It’s a wonder they don’t go out and smash their printers like in the classic movie Office Space.

The reality is that pace of technological change is no faster than in prior periods. I would challenge anyone to claim that the today’s change is faster than change from 1890 to 1910, when skyscrapers, cars, steel, electricity, the camera and other technologies burst onto scene.

Not only is change supposedly accelerating, but it’s transforming the world into something completely different. We hear we are in a “Second Machine Age,” that will lead to “wrenching change.” World Economic Forum head Klaus Schwab promises that we are entering a “Fourth Industrial Revolution” that “will affect the very essence of our human experience.” I don’t know about you, but I don’t like wrenching change, and don’t want the essence of my human experience to be affected.

The reality is that these new technologies–5G, internet of things, autonomous systems, gene editing, and AI–while important, are evolutionary. Yes, they are key to growth and change, like all past technologies since the 1770s have been, but they are not leading to revolutionary transformations.

It would be one thing if these radical technology changes just gave us “Princess Leah” holographic phones –many people, especially Star Wars fans, could get behind that – but no, your job is likely to transformed and even eliminated.  Many pundits, and even presidential candidates like Andrew Yang and Bill DeBlasio, tell us that technology is coming for our jobs, with bread lines the result, unless everyone gets on the dole with universal basic income. Sign me up.

But thankfully many tech “visionaries” are not so pessimistic. The World Economic Forum–the modern day Paul Revere of warnings about technological change–thankfully tells us that in the next five year only half of all workers will require “upskilling or reskilling to prepare for changing and new jobs.” That’s a huge relief; I thought I’d be out of work. Now at least if I go back to school and learn computer science, maybe I’ll be okay. Given that many workers are happy to have left behind mind-numbing school environments, telling them that the only way they can stay employed is to go back to school is not exactly comforting.

The reality is that these estimates, as most estimates from the “futures-porn industry” (a cottage industry or individuals and organizations making vastly overstated claims about the future to satisfy our need for simple and cool explanations), are vastly exaggerated.

This is not to say that there are will not be challenges, including labor adjustment, from new technologies, as there always has been. Nor is it to say that we will not need to boost education and worker retraining programs.

But no, other than folks wanting to beef up their Ted Talk stats, no one benefits from exaggerating the pace of change or the challenges. It certainly isn’t leading policy makers to do more to help people faced with tech change. But it is leading many to work to slow down technology with bans, heavy-handed regulation, aggressive antitrust, or taxes. Who wouldn’t want to slow technologies that threaten our very essence?

But let’s be clear: slowing down tech innovation would be hurt average American workers the most. So lets stop the techno-revolution talk.

END_OF_DOCUMENT_TOKEN_TO_BE_REPLACED

Lost in the Super Market offers a useful point-counterpoint guide to thinking about the challenges that the United States faces as it considers how to regulate the digital economy. As with many important questions, those on opposite poles in this debate make valid points that policymakers of all political persuasions would do well to consider. […]

Are we the passive victims of rapacious technology? Or fully knowledgeable about how technology works and in control of its role in our lives? That’s a central tension of many of today’s tech policy debates, including the “Lost in the Super Market” essays: if data-driven services, sticky online content, and digital labor markets are surreptitiously […]