The cap on cars from Japan, the rescue of Detroit, and the birth of an industry in the American South

In 1980, Japanese automakers were trouncing Detroit’s “Big Three” in the American car market. After decades of intensive state support, Japanese firms had developed the world’s most efficient production processes and made the highest-quality cars. Without the time and resources to retool, American automakers risked bankruptcy and mass layoffs. President Ronald Reagan negotiated a quota on Japanese imports that stemmed competition for four years, bought Detroit time to retool, and spurred massive foreign investment in a new manufacturing base in the South that created hundreds of thousands of American jobs.

International economic competition defies free-market dogma. According to market fundamentalists, free markets are supposed to create incentives and competitive pressures that spur productivity and innovation. Active efforts by policymakers are supposed to backfire.

The Japanese auto industry, insulated from foreign competition and subsidized by the state, was not a catastrophic failure, but a global leader in quality and innovation. America’s open market did not foster more resilient, productive, or innovative firms; it exposed them to near-fatal import competition. Only when American policymakers stepped in did the domestic manufacturing base improve and grow.

Trade barriers create new incentives for investment. Cars made in America were exempt from the import quota, which led Japanese automakers to invest in U.S.-based assembly facilities.

Production is a function of past policy and investment choices. Once assembly moved onshore, Japanese firms had incentives to onshore the rest of their value chain—production, research, and design—and they’ve chosen to continue their American investments long after the import quota was lifted.

Within a decade, the import quota generated:

Today, Honda and Toyota have among the highest domestic content of cars sold in America.

After four decades of aggressive public support from its Ministry of International Trade and Industry (MITI)—direct subsidies, tax breaks, cheap loans, and information-sharing—Japan had built an automotive juggernaut by the 1970s with the world’s most efficient production processes and its highest-quality cars.1Robert E. Cole and Taizo Yakushiji, “The American and Japanese Auto Industries in Transition: Report of the Joint U.S.-Japan Automotive Study,” University of Michigan Center for Japanese Studies (1984), 37. Its top automaker, Toyota, had perfected its management of material to the point that its inventory costs were only a tenth of General Motors’.2Joseph M. Callahan, “The Metamorphosis of an Industry,” Automotive Industries (June 1983), 16. American automotive engineers awarded many more top product-quality honors to Japanese automakers than to American ones.3Ronald Schiller, “Can America Win the Car War?” Reader’s Digest (January 6, 1981), 72. Over the decade, the Japanese industry improved its productivity at 4.3% annually—three times the American rate of progress.

Whereas American firms competed in a free and open market, Japan had insulated its automakers from foreign competition. On top of the aggressive government support it provided to its own producers, high tariffs kept imports uncompetitive, while onerous standards made it virtually impossible for foreign firms to build operations in Japan.4Stephen D. Cohen, “The Route to Japan’s Voluntary Export Restraints on Automobiles: An Analysis of the U.S. Government’s Decision-Making Process in 1981,” Working Paper No. 20. American tolerance for such an imbalanced arrangement was a feature of Cold War-era trade policy and had long been a source of frustration for American auto executives.5Carl H. Tong and Allen L. Bures, “The Voluntary Export Restraint (VER) Agreement with Japan on Automobiles in the 1980s,” Essays in Economic and Business History (2003), 58.

From 1970 to 1976, Japanese cars tripled their sales volume in the United States to more than 1 million units and 8% market share.6American Compass analysis of data from Automotive News and Steven Berry et al., “Voluntary Export Restraints on Automobiles: Evaluating a Trade Policy,” The American Economic Review (June 1999). Then came the decade’s second oil crisis. In the wake of the Iranian Revolution in Spring 1979, as oil prices more than doubled, American consumers lost their taste for American-made “gas guzzlers” and switched en masse to smaller, more fuel-efficient cars.7Carl H. Tong and Allen L. Bures, “The Voluntary Export Restraint (VER) Agreement with Japan on Automobiles in the 1980s,” Essays in Economic and Business History (2003), 53. In 1980, nearly two out of every three new automobiles sold were small or compact cars, up from fewer than half in 1978.8Stephen D. Cohen, “The Route to Japan’s Voluntary Export Restraints on Automobiles: An Analysis of the U.S. Government’s Decision-Making Process in 1981,” Working Paper No. 20.

Small, fuel-efficient cars were a Japanese specialty and the American automakers, unable to quickly retool, quickly lost ground. Japanese automakers reached 21% market share in 1980,9American Compass analysis of data from Steven Berry et al., “Voluntary Export Restraints on Automobiles: Evaluating a Trade Policy,” The American Economic Review (June 1999). at which point they were exporting nearly two million cars annually to the U.S.—more than they were selling in their home market.10Douglas R. Nelson, “The Political Economy of U.S. Automobile Protection,” The Political Economy of American Trade Policy (January 1996), 161. That year, the Big Three American automakers suffered a $6.2 billion loss,11The US. Motor Vehicle and Equipment Industry since 1958, U.S. Department of Commerce (May 1985), 137. after an average of $4.4 billion in annual profits during the previous decade.12Ibid. In the span of two years, Big Three sales had plummeted 30%, to their lowest level since 1961.13Stephen D. Cohen, “The Route to Japan’s Voluntary Export Restraints on Automobiles: An Analysis of the U.S. Government’s Decision-Making Process in 1981,” Working Paper No. 20. Chrysler was on the verge of bankruptcy,14William Proxmire, “The Case Against Bailing Out Chrysler,” The New York Times (October 21, 1979). and over 100,000 auto factory workers had been laid off.15Christopher J. Singleton, “Auto industry jobs in the 1980’s: a decade of transition,” Monthly Labor Review (February 1992), 19.

Backed by the threat of an outright import quota, President Reagan negotiated a “voluntary export restraint” (VER) with Japan’s Ministry of International Trade and Industry (MITI). Japan agreed to limit its auto exports to the United States to 1.68 million, the level from 1979, for three years beginning in 1981. It was the economic equivalent of an import quota.

In the near term, the quota reduced the sales of Japanese cars by 20%16American Compass analysis of data from Automotive News, the U.S. Department of Commerce, and the U.S. International Trade Commission. and raised prices for consumers by an average of 8%, costing American consumers an additional $5.1 billion.17American Compass analysis of U.S. International Trade Commission data. Calculated based on the differences between the actual and estimated total volume and average price of Japanese automobiles sold in the U.S. from 1981 to 1984. But within the decade it had prompted nearly three times that much in foreign direct investment18American Compass analysis of U.S. Department of Commerce data. and brought 26,600 new auto-assembly jobs to the American South and Midwest.19Brett C. Smith, “Japanese Automotive Supplier Investment Directory,” University of Michigan Transportation Research Institute (October 1991). The investment in assembly plants spurred Japanese automakers to onshore more of their value chains, including component manufacturing and materials, which created 101,700 American jobs by 1991.20Ibid.

The quota set no limit on the number of vehicles Japanese automakers could sell in America, only on how many they could export to the country. Cars built in the U.S. were exempt. As a result, the Japanese automakers had new incentives to invest in U.S.-based manufacturing capacity. In 1980, there were no Japanese auto assembly plants in the U.S. Within a decade of Reagan’s action, every major Japanese automaker—Toyota, Honda, Nissan, Mazda, Mitsubishi, Isuzu, and Subaru—began assembling cars in America.21Mike Arnholt and Tim Keenan, “Foreign invasion: imports, transplants change auto industry forever,” Wards Auto (May 1, 1996).

Because of the quota, Japanese competition no longer posed the threat to American workers that Japanese imports once did. Once assembly moved onshore, Japanese automakers employed American workers and began to onshore the rest of their value chain, including parts production, research, and design. Many Japanese cars became American-made cars, and the share of American-made cars sold in the U.S. held steady.24American Compass analysis of Automotive News data.

Long after the quota had lifted, Japanese automakers continued to invest in the United States, building production and research facilities in more than 28 states.25Emiko Jozuka, “How Honda survived a trade war with the US and won over Americans,” CNN (June 26, 2019). Today, Toyotas and Hondas are not only assembled in America, but also consistently rank among the cars with the highest American content.26American Compass analysis of Cars.com data. 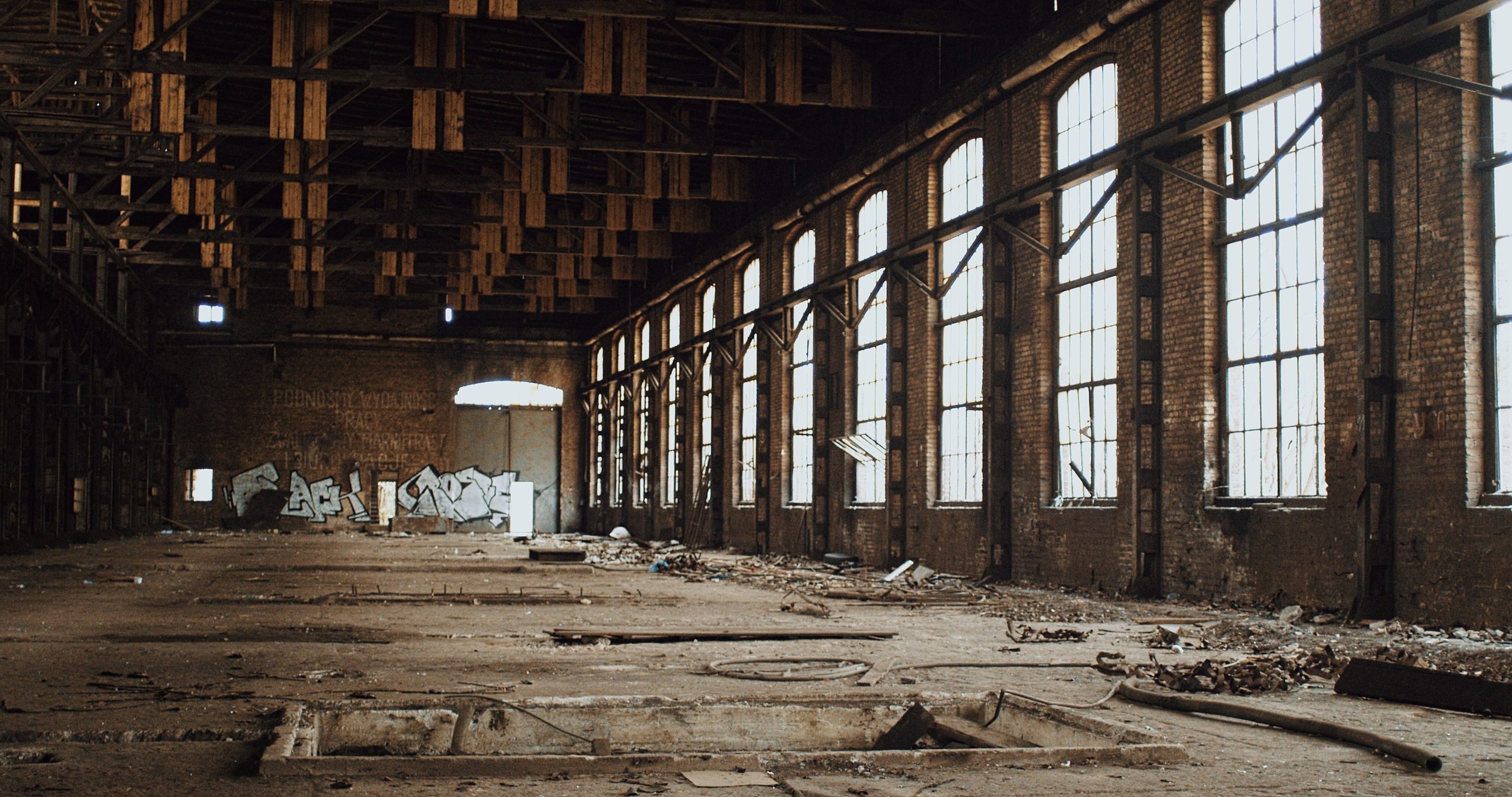