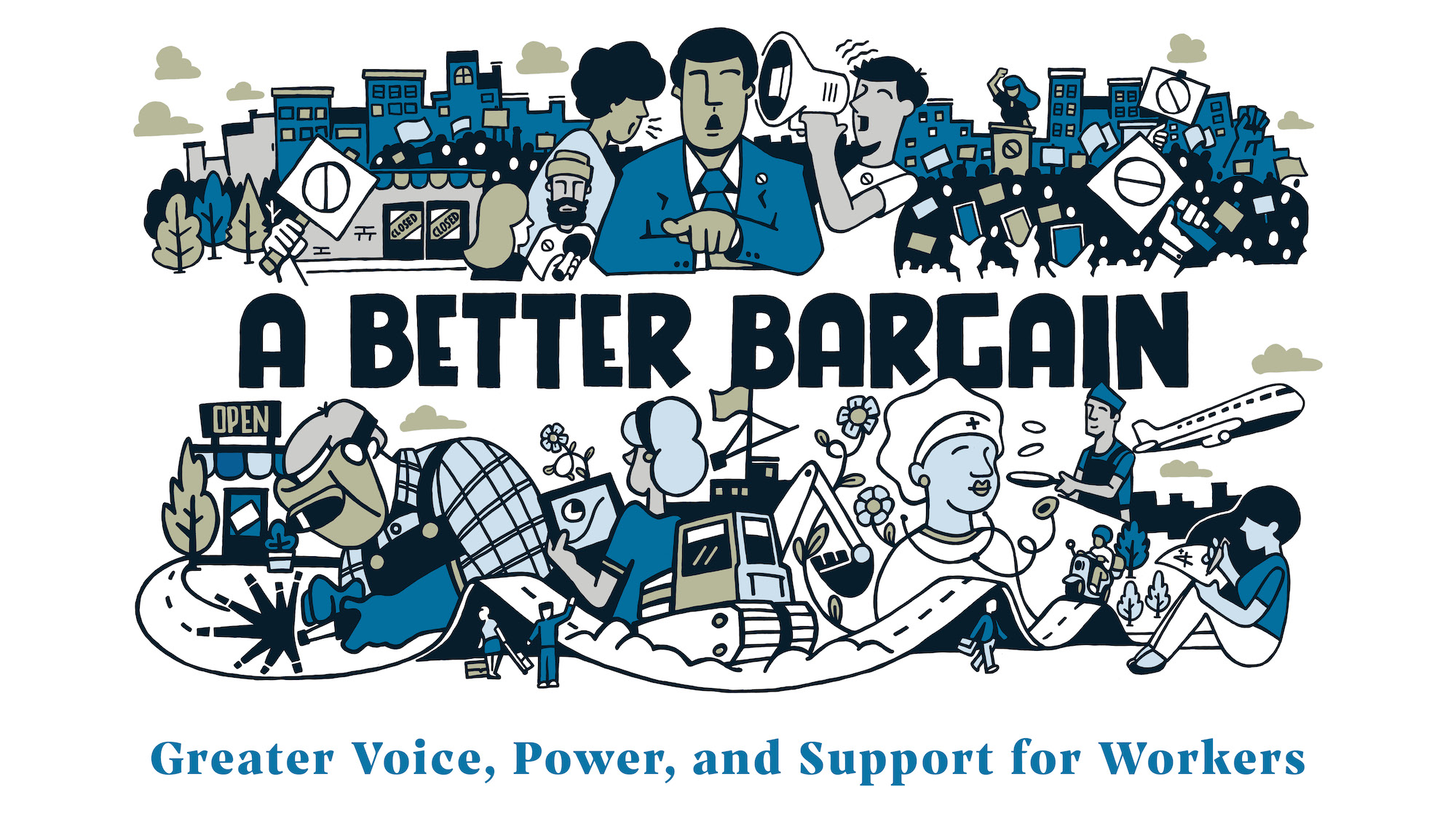 The demise of America’s labor movement has been a great loss for the nation. Unions as they operate today have faded toward irrelevance for good reason, but reformers across the political spectrum have begun to consider how best to recover the idea of organized labor and the indispensable role it plays in a well-functioning market economy and a healthy society. Many potential legal and economic arrangements exist beyond the dysfunctional system created by the National Labor Relations Act in the 1930s.

This Collection builds on last year’s A Seat at the Table, beginning with a major survey of worker attitudes: Not What They Bargained For. That survey reveals the extent to which working-class Americans feel alienated from the labor movement and the degree to which union involvement in politics is to blame. It also highlights what workers do want: cooperative labor-management relations and concrete economic benefits. Building on these findings, the Collection then presents three Better Bargains—approaches to reforming labor law that would require concessions from all sides but lay the groundwork for the labor movement’s renewal. These cover a range of issues, including works councils, board representation, sectoral bargaining, federal regulation, political spending, training, and benefits. Each could be the starting point for genuine progress on behalf of workers.

Not What They Bargained For: A Survey of American Workers

The Better Bargain Survey explores workers’ attitudes about their jobs and organized labor; their appetite for greater support, voice, and power in the workplace; and their reactions to political messages and policy reforms

A Better Bargain: Worker Power in the Labor Market