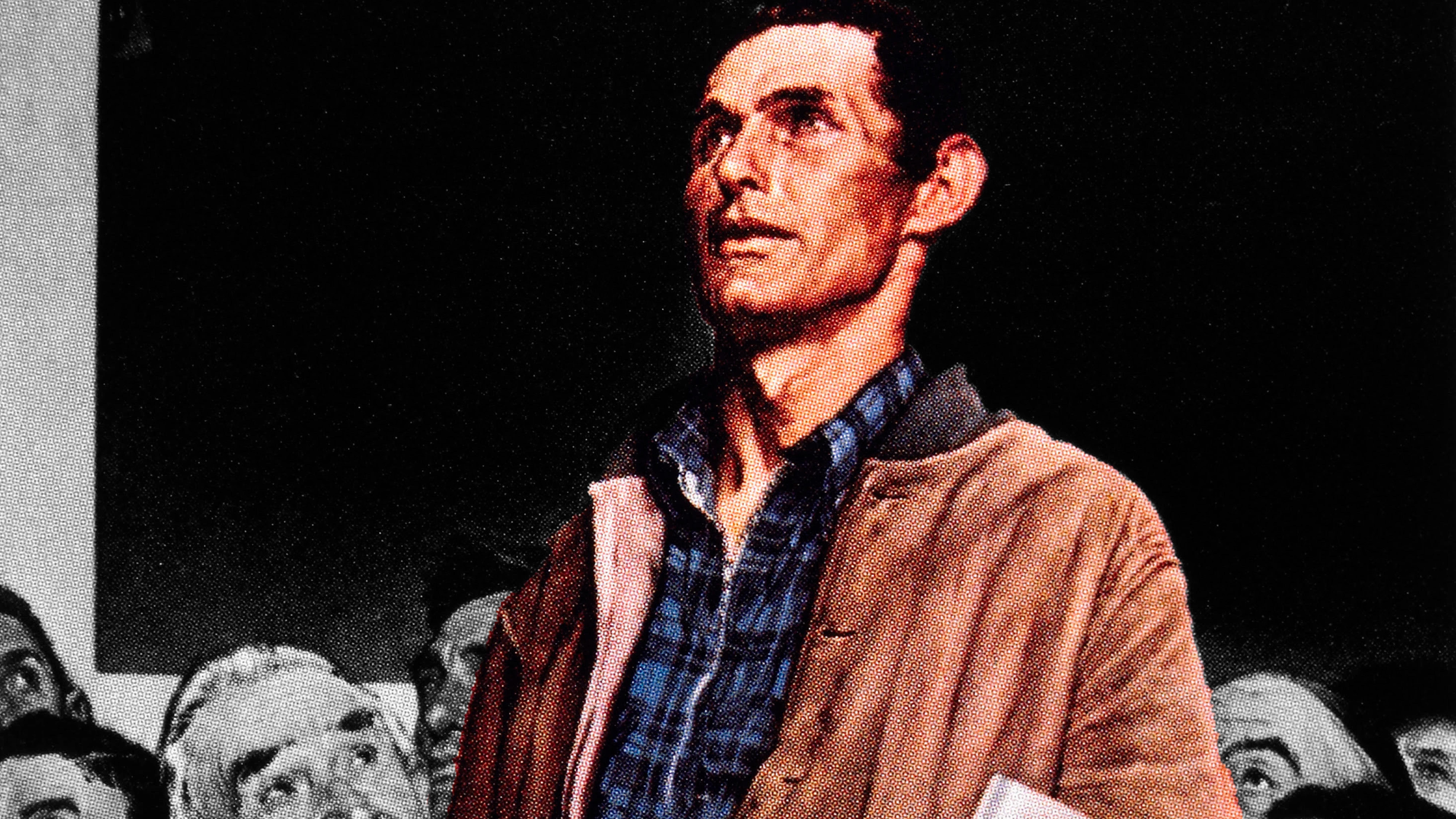 Today’s public square is too often closed to those without a narrow set of credentials. Politicians and pundits in Washington are consumed with ideological battles far removed from the day-to-day concerns of American workers and their families, and often seem incapable of even understanding them. Our policy debates are poorer for it, our policymakers less informed, and our fellow citizens excluded.

The Edgerton Essays are a joint project of American Compass and the Ethics and Public Policy Center, featuring working-class Americans sharing their perspectives on what they wish policymakers knew about the challenges facing their families and communities. The goal of the essays goal is to help inform policymakers and pundits about what matters most and why to the vast majority of Americans who have no day-to-day connection to our political debates, focusing especially on those who have not earned a college degree.

The Edgerton Essays are named for Norman Rockwell’s famous 1943 painting, “Freedom of Speech.” Rockwell depicted Jim Edgerton, a farmer in their small town, rising to speak and being respectfully listened to by his neighbors. That respectful, democratic spirit is too often missing today, and what we’re hoping to cultivate with this series.

The problem is not that government is doing too much or too little, but rather that it is utterly failing in those key tasks that must rightfully be its focus.

The Relationships That Don’t Fit on a Spreadsheet

A few nights ago, several of my six (mostly grown) children were around the dinner table, reminiscing about the days when their maternal grandparents would care for them. Their fondest memories were the little moments you’d think would have gone unnoticed: “Nana knew exactly how much milk to pour in my bowl of Cheerios,” said […]

The new American Compass “Home Building” blueprint on policies for buttressing the American family was thrilling to read, and it reminded me of the earnestness and passion of me and my friends 35 years ago. I sense a reawakening of that same youthful excitement and energy for supporting families from writers like Lyman Stone, Patrick […]

6 a.m. is much too early for this tired mama. But nonetheless, I hear that little pitter-patter of onesie-covered feet coming down the hall into our room. With a soft “Mom, can I have a banana?” my day begins, whether I’m ready for it or not. A few minutes later, my husband is out the […]

Lots of people have been talking about “family policy.” Let’s not forget that family policy starts with mothers. More than half of new mothers experience the “baby blues,” but for some, it becomes even more serious. I know firsthand. In 2014, I had my first daughter. I managed to stay upbeat, though worn out from […]

It would be nice if politicians did their job and represented us. Half the time I don’t even know if they know the first thing about the places they claim to represent, much less the people who live here. What is the point of having a democracy if nobody will listen to you? Lawmakers worry […]

There’s an easy way to tell when politicians think we’re idiots. They have this way of dancing around the answer when they are asked a question, when even a simple “yes” or “no” would do the trick. But instead, they give us the song and dance and start distracting us by going into subjects that are completely […]

What I Wish Our Politicians Knew

The recent post by Guy Stickney got me thinking about why it’s so hard for politicians to discuss things openly and honestly—and why we have a hard time doing it, too. Politics never used to pique my interest—maybe because my parents endured World War II, and I experienced those tragic, tumultuous days of the Vietnam […]

Politicians today are out of step with the many elderly—like me—who live on Social Security alone. They propose spending tax dollars on cancelling student loans or health care for illegal immigrants or other proposals that aren’t really “needs.” Meanwhile, this money comes out of the pockets of hardworking Americans, many of whom may depend on […]

Take a deep breath and hold it for ten seconds. Imagine doing that over and over again, 31,536,000 times, not knowing where your children were. That’s ten years—or as long as my daughter was separated from her two disabled sons after their non-custodial father abducted them. But when she went to the police, they barely provided […]

COVID’s Toll on the American Dream

The American Dream—people have hung on to those three little words for decades, passed them down for generations. But it’s hard to see how we can believe in the dream right now. To me, the American Dream is having a well-paying job, having good health insurance, earning benefits for your family, and being a meaningful […]

How Essential Are the ‘Email Job’ Caste?

Despite the impact of “Stupid-19,” life rolls on in a very essential fashion for myself and many other workers. In my case, I work in energy distribution, and here in the cold northeast, the “propane must flow” if homes were to be kept warm this past winter, and some level of comfort is to be […]

Improvise, adapt, and overcome. The instructors at Marine Corps Recruit Training drilled those three words into the heads of my friends and myself back in 2010. It’s a pretty linear concept on a battlefield. But what do you do when asked to apply this to chasing the American Dream? It’s ironic—that dream we’re all chasing, […]

These essays captured the unfiltered thoughts of working-class Americans in all their complicated diversity.