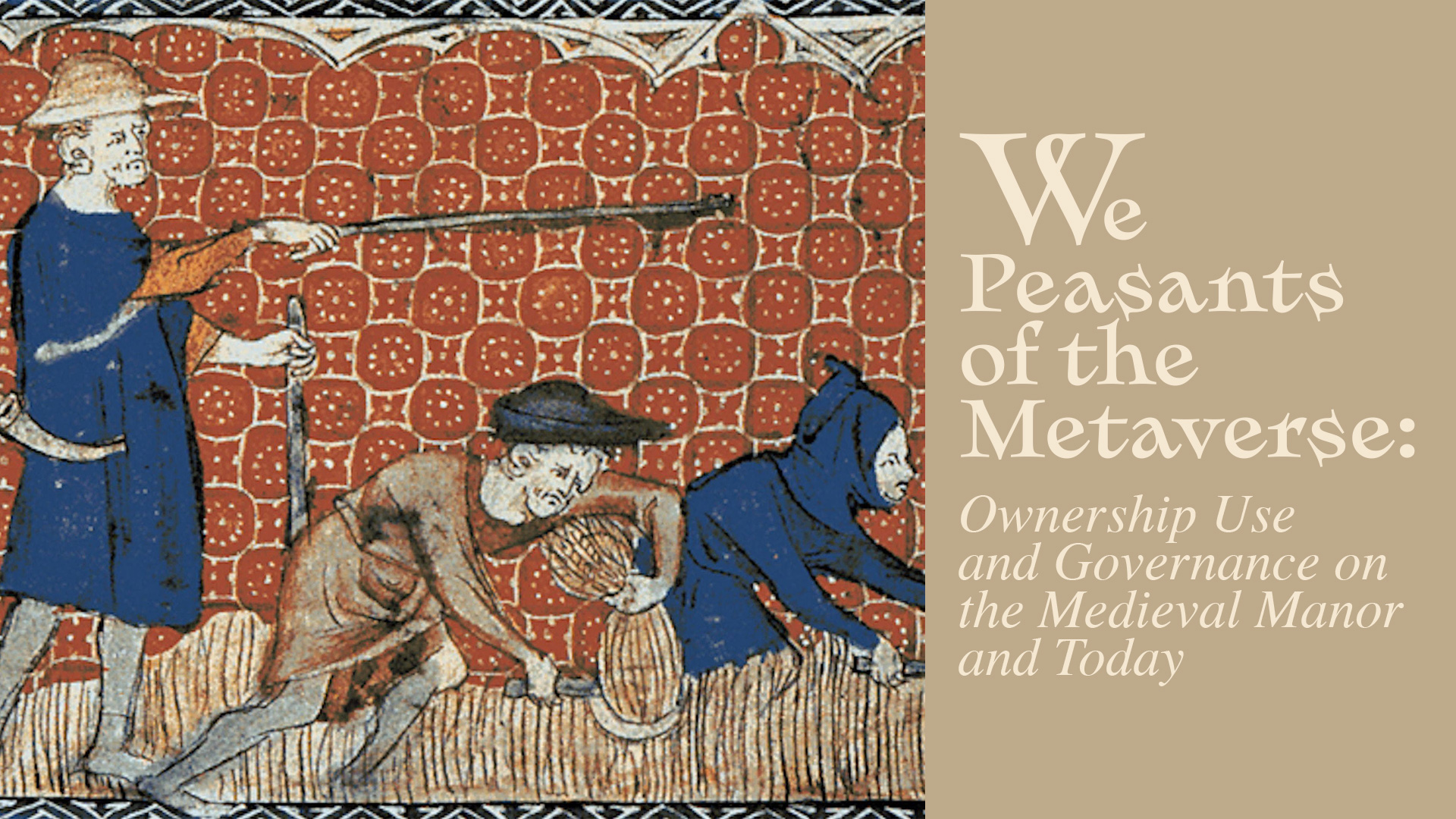 Silicon Valley’s techno-optimists insist loudly on two contradictory points. On one hand, they celebrate the Internet and its associated innovations with phrases like “paradigm shift” and “creative destruction,” and celebrate themselves as the visionaries leading humanity into (unironically) a Brave New World. On the other, they reject the need for new public regulation, insisting that the legal frameworks of past eras are perfectly adequate to the task. Both cannot be true.

Our laws have always evolved in response to the challenges posed by new forms of technology and their associated economic activities. Sometimes this evolution takes the form of small changes—redefining a category to include a new entry, or adding another action to the list of those deemed impermissible—but across eras there has also been the introduction of entirely new kinds of laws, tasks for public programs, and modes of regulation. Cars are not just horses with wheels. The stock market is not just another bazaar. Joint-stock corporations are not just family farms with extra paperwork. Air pollution is not just a series of oxen trespassing on that great big field in the sky. Corporate law, securities regulation, environmental protection, traffic rules, and antitrust all had to be developed by policymakers in response to novel problems.

We have reached that stage with social media. As American Compass policy director Chris Griswold argued in a recent National Affairs essay, perhaps the best analog for the debate over social media’s toxic effects in children are the debates of a century ago over child labor:

The subject matter of child-welfare debates changes over time as technological progress presents new challenges, but the contours remain eerily fixed. On one side stands the well-being of children; on the other, a range of economic interests and ideological commitments that insist on deference. Child labor’s prevalence in the 19th century was a consequence of that era’s industrial revolution, which obviated traditional agriculture’s demand for size and muscle. Much smaller bodies could operate industrial machines — an innovation that afforded a new opportunity for converting childhood into economic surplus.

But more broadly, a question remains of what social media platforms are. Is a user a customer? An employee? Who owns an account? Who has what rights to speak and what obligations to moderate? We have been trying in vain to impose some combination of British common law, American constitutional protections, and 1990s telecommunications regulation on these things that look sort of, maybe like corporations. But why should we expect this product of innovation and profit-seeking to look like the others that we already have?

In this week’s Compass Point, We Peasants of the Metaverse, Brad Littlejohn argues that the closest analog to the modern social media platform is the medieval feudal manor. Users are, more than anything, peasants. And while peasantry surely had its downsides, it also comes with a different conception of property rights and protections than we are accustomed to in the modern economy.

Twitter provides its users with broad, varied, and often highly productive use rights. Whereas the basic and most indispensable resource for the premodern peasant was food, in our more privileged age we can take this for granted; it is attention that we crave above all. … Like the medieval peasant whose physical survival demanded a patch of ground he could call his own and cultivate, most of us are desperate for online spaces in which to cultivate our own personae, present curated snapshots of our lives, and promote our opinions and interests. If you want attention and connection in the digital world, you may be able to scrabble out a living with a handful of followers in the rocky soil of the unclaimed hinterlands, such as a self-hosted blog, but if you want prime real estate, you’ll need to settle on the estate of some dominus or other.

The government might issue a ten-year charter to a Twitter or Facebook to operate as just the kind of monopoly it is. Barons like Musk could purchase these licenses and enjoy the profits over their periods of ownership, but they would also accept the risk of revocation for dereliction of duty and face an impending application for renewal. Alternatively, or in addition, charters might dictate different governing structures, as in the English charters establishing the American colonies. Shareholders could retain their claim to the residual profits of a platform, but users could elect the board of directors.

What I love most about the essay is how it reminds us that there is nothing timeless, immutable, or inevitable about the late 20th century’s economic structures. The past had ones that looked so different we struggle even to comprehend them, within legal structures that we barely have the vocabulary to describe. The future will have structures equally different, and we may already have arrived there—in which case, we’d better start figuring out how to talk about them.