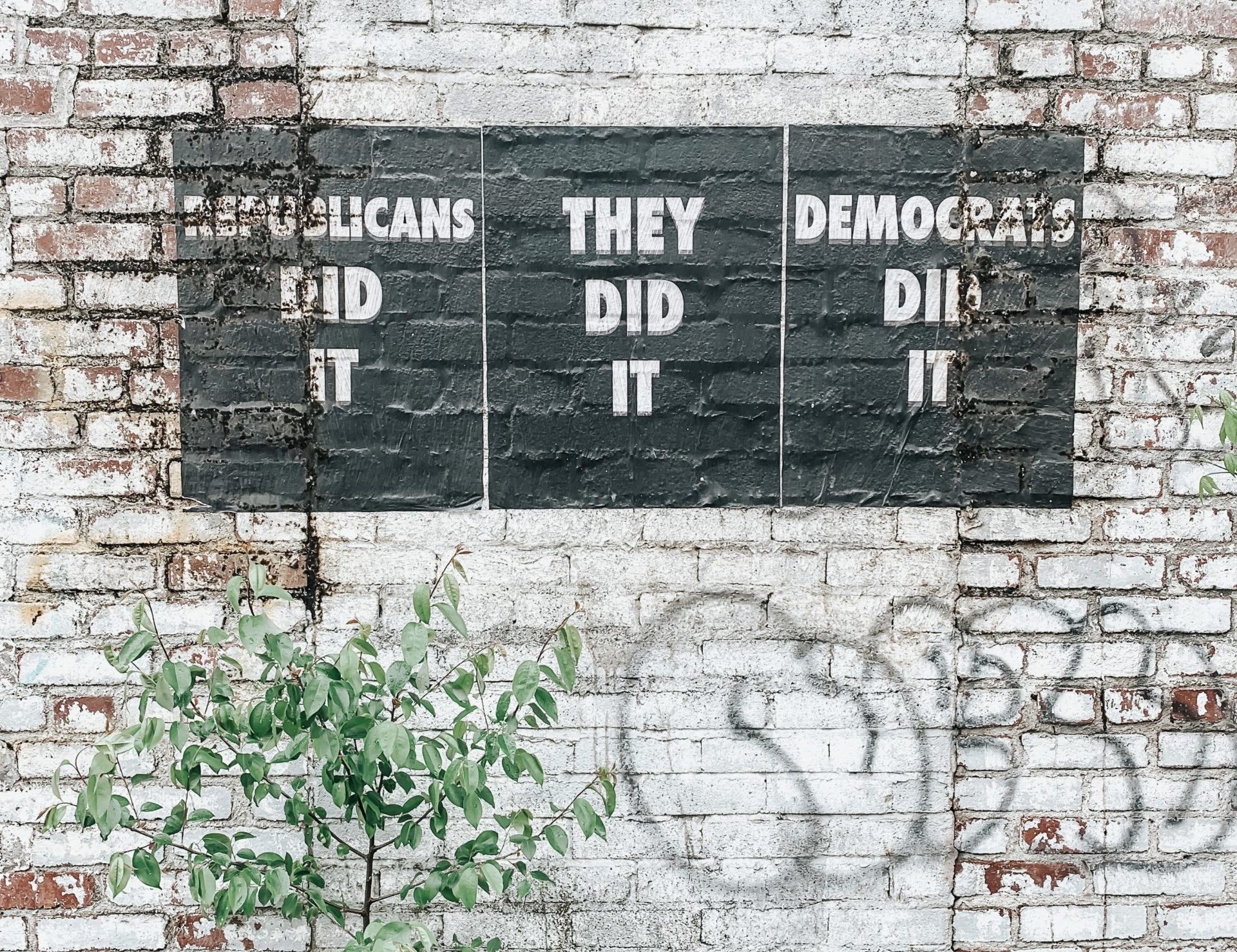 Photo by Derick McKinney on Unsplash

There’s an easy way to tell when politicians think we’re idiots. They have this way of dancing around the answer when they are asked a question, when even a simple “yes” or “no” would do the trick. But instead, they give us the song and dance and start distracting us by going into subjects that are completely off-topic. Is the economy good? Do masks work? Does our country need military bases all over the world? Hey, look over there—it’s a shiny object.

And the media falls for it every time. Oh, sure, the reporters could ask better questions and keep the people informed so that we could make a change the next time an election rolls around. But no, they fall for the bait. And the American people end up distracted from the issues that really matter.

Think about all the mistakes we’ve made overseas that no one pays any attention to. Think about the last time you heard any politician take responsibility for his or her mistakes.

One prime example of this came during the Iraq War. President Bush made one key mistake when they caught Saddam Hussein: he fired the entire Iraqi army, which meant that all of a sudden there were thousands of trained men with weapons and without paychecks. And you think you can take over and set up a new government? That’s where all the insurgents came from.

Yet how many empty promises did we hear over the years? And continue to hear? President Obama and President Biden want to pull us out of a Republican war in the Middle East, and for good reason. But the insurgents have been biding their time for our departure, and when we pull out early, they’ll think they’ve won. Maybe they have. After all, why are we leaving under cover of darkness? Is it because we lost and there are conditions? (Heck, if I was part of a group that kicked the a** of a superpower the likes of which the world has never known, I’d be wanting to impose some conditions on them, too.)

I can’t help thinking about all the time and money and lives that were wasted in a part of the world where people have been fighting for as long as I can remember, and will continue to fight even after we leave. Yet did anyone ever tell us the truth? Or did we just hear about how “we have to fight them over there so we don’t end up fighting them here”? Give me a break.

And the money keeps going to endless wars instead of feeding hungry families at home, all the while causing children overseas to grow up hating the U.S. Some of the children who grew up hating us are now the ones fighting us.

The least our leaders could do is be honest with us. One of my friends, a Ukrainian named Alex, told me he was with a woman here in the U.S., and in the middle of the night, he needed some booze. He drove to the store but they wouldn’t sell it to him—it wasn’t allowed. He said, “I didn’t have the freedom to buy alcohol at three in the morning—this country is not free. But at least we have food!”

And I think we all feel that way sometimes. At least we have some things to be grateful for. But our elected politicians treat us like idiots who can’t handle our own decisions or deserve to know the truth. Until that changes, America won’t be free.

END_OF_DOCUMENT_TOKEN_TO_BE_REPLACED See more from this series

Guy Stickney is an artist and skateboarder who lives in western Washington. He plays guitar every day and really enjoys what he does; he has also written some short stories under the pen name Goose Punk.