Should There be Legal and Ethical Limits to National Developmentalism? 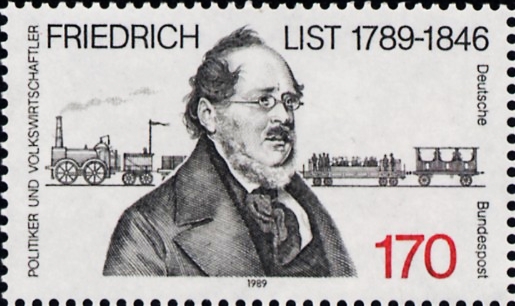 ITIF recently released a report about how “innovation mercantilist” policies were instrumental in enabling China to dominate the global telecom equipment industry, and how that rise came at the expense of global innovation in this industry.

A typical response to the report was along the lines of “So what. The United States had industrial policies too.” In other words, the implication was that once you go down the Listian path of national developmentalism, any and all policies are valid and not open to criticism.

As my thoughtful colleague Marshall Auerbach writes in The Commons, “The analysis is characterized by a certain implicit bias against Chinese mercantilism, a bias that many champions of free trade naturally share.”  He is right.  Most free traders are incapable or unwilling to make a distinction between “good” and “bad” industrial policy. Neoclassical economists routinely paint industrial policy as one step away from handing the reins of the economy over to a state planning committee like the Soviet Gosplan.

But Marshall goes on to write that:

“But what Beijing is doing is nothing new: in his mid-19th century work, National System of Political Economy, the German economist, Friedrich List, provided numerous examples of how state policies characterized by selective sectoral protectionism, and subsidy repeatedly succeeded in driving economic development. Economist and market practitioner Bill Janeway observed that List’s insights have been “put to repeated and successful use: by Japan beginning in the last decades of the nineteenth century, then by the emergent Asian Tigers in the second half of the twentieth century and now by China.'”

There are two big differences between what the Asian Tigers did and what China is doing now. First, the Asian Tigers made most of their gains before the World Trade Organization regime was put in place in 1995.  Now any nation that wants the privileges WTO membership brings has an obligation to at least pretend to abide by WTO rules. This means, among other things, not subsidizing exports, not stealing IP, not tying market access to technology transfer, not treating foreign and domestic companies differently , and not manipulating currency manipulation (which is not allowed for IMF members, although the IMF refuses to enforce this rule). Most, but not all, of China’s developmental policies violate WTO.  If China is not willing to abide by its commitments, it should withdraw from the agreement.

Second, in contrast to China, the Asian Tigers at least attempted to play fair. Neither Taiwan nor Korea systemically stole foreign intellectual property; they licensed it.  Neither brought sham lawsuits against foreign companies doing business there in order to extort them. Neither engaged in “wolf warrior” diplomacy to force other nations into submission on trade matters. And the scope of their more legitimate policies, like subsidizing infant industries, paled in comparison to China’s.

So, let’s be clear, when a national developmentalist – which I am – criticizes unfair and corrupt Chinese economic and trade practices, let’s not assume that the alternative is free market fundamentalism.  It’s possible for a nation to embrace Listian policies without going to the dark side. There is nothing wrong with a nation wanting to build up its advanced, traded sectors.  But that doesn’t mean that everything is legitimate and should be tolerated. Going down this path is a move toward global anarchy.