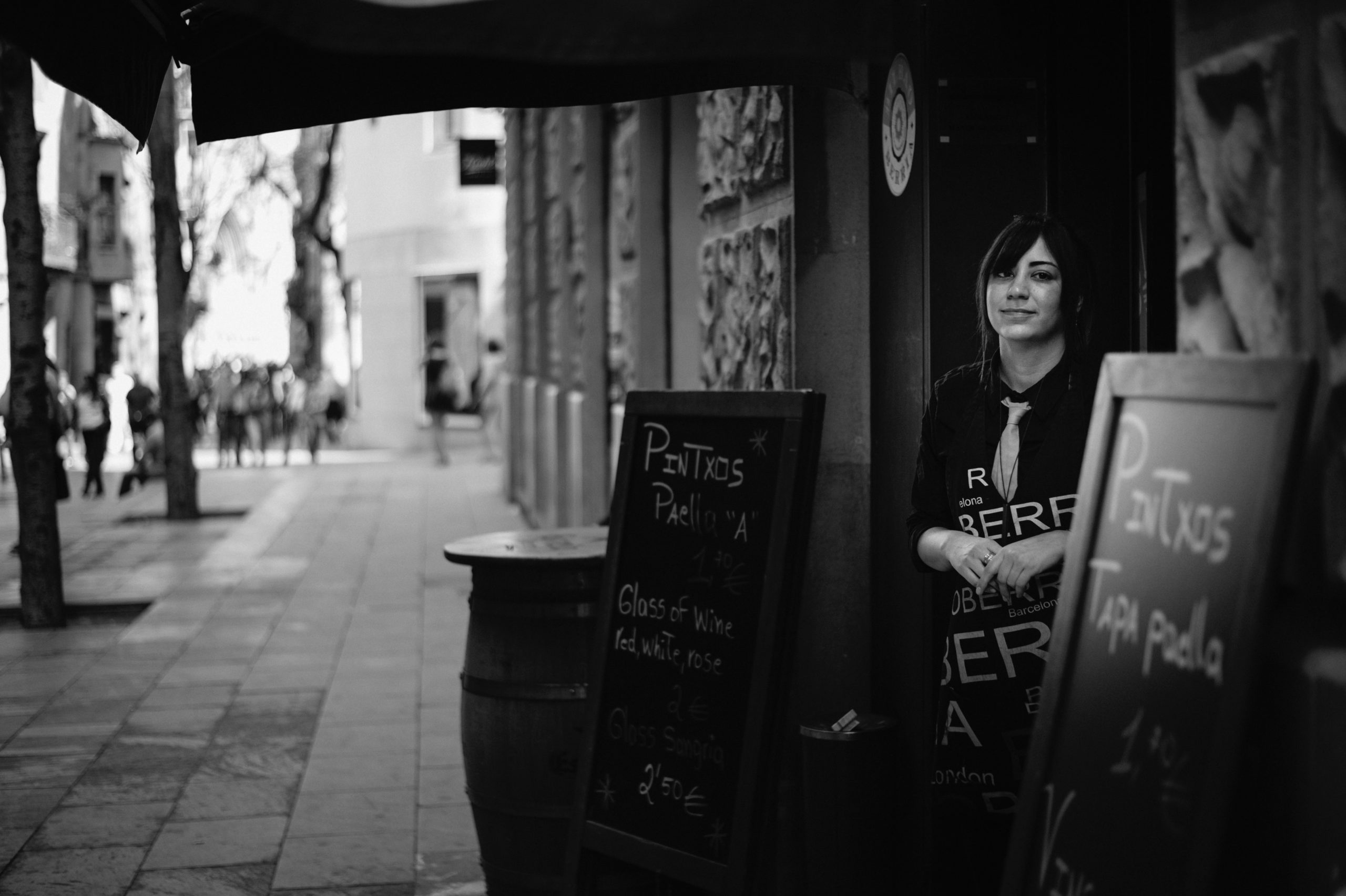 Gina, a single mother of three in southwestern Ohio, recently told me that being a mom saved her from despair and addiction. “It’s my life. It’s everything to me. It’s the reason I wake up every day.”  Other poor and working class women I’ve interviewed hold a similarly high view of motherhood connecting it closely to their identity and saying things like, “Being a mother to [my kids] makes me feel like I’m here for a reason,” and, “That’s kind of the biggest point in life. More than falling in love, more than your house, more than your money, more than anything is keeping your family alive, keeping the world going. That’s what you’re put on this earth to do.”

But what is less discussed is how many of these women also value work outside of the home, even though they are less likely to have “careers” and more likely to work service jobs at restaurants or retail stores. It’s true that the work preferences of women are diverse, and that most women with children say they prefer to not work full-time. But according to the New York Times, from 2015 to 2019 the share of young single mothers in the workforce jumped about four percentage points, a trend driven by those without college degrees. While the share of married and cohabiting mothers who are employed has fallen since the late 1990s to less than 65 percent, the share of single mothers in the labor force is at the same level as it was then, at 80 percent.

Brittney, a single mom of four and lead driver and shift manager at a pizza restaurant, joined the full-time workforce three years ago. She told me: “I don’t think that I was meant to not have income coming in and just sit at home. I’d go stir crazy. I don’t know if I would be a good stay-at-home-mom.” She bases her work schedule around school hours and says that because of a past history of opioid addiction, employment is essential to her wellbeing. “I have to discipline myself and have structure in my life. With my mental health it will just take a turn for the worse [if I’m not working]. It might sound boring but to me the same old, same old is good for me.”

Gina is almost as emphatic about the importance of work as she is about being a mom. “I love to work. I am a hard worker. Like I said, I want to build an empire. I want my children to have not a worry when they get older. I want them to not have to worry about nothing. People should want to work.” At her previous job as assistant general manager at a fast food restaurant she worked Monday through Friday from 7:00 a.m. to 5 p.m. “I’d prefer to work full-time,” Gina told me, saying that she doesn’t want her kids to ever feel insecure like she did as a kid who was in and out of homeless shelters and foster care.

Gina connects work outside the home with her role as mom within it. Her responsibility to provide for her children gives her the ambition she needs to succeed in the workplace.

“I have three children. I do not want to be a crew member the rest of my life. I have an empire I need to build. I don’t want my children to ever be like me and be homeless living under a bridge. I don’t want my child to say ‘I’ve got nowhere to go.’ I want my child to be like, ‘You know what, I’m going to call my mom because I do have somewhere to go.’ I need to have stability for the rest of my life for my kids. I’ve got to keep building. I’ve got to keep moving forward.”

It makes sense that mothers who must work outside the home due to financial necessity would tend to frame outside employment not as something that competes with motherhood, but as an important aspect of their role as mother. This is especially true for single mothers, who must act as primary breadwinner and primary caregiver.

Cortney, an unmarried mother of two, sees employment as an extension of motherhood and the workplace another sphere in which she acts as mother: “Even when you’re at work—like your motherly instincts—it’s still there.” Yet she appreciates her work as a cashier at a dollar store as “a break” from the tasks at home. “When I’m at work it’s like my free time and I’m getting paid for it. It’s quieter. I mean, there’s kids that come in and out, but they’re not mine. It’s like a home away from home but you’re getting paid to do that.” For single moms without a co-parent to share in the childrearing, paid work outside the home can feel like a respite.

An important caveat: many of the moms I’ve interviewed say that they wish they’d had better support in the postpartum months. Brittney told me about how she went back to work and put her now-four-year-old son in daycare at six weeks old. “Like I said, working is important to me. Working is important but I definitely would have liked to have more time with him.”

Single moms also value flexible work environments and need to be able to take time off work to care for sick kids or to address other medical or educational needs. One single mother I know quit her job as a waitress because her son was acting out at school and struggling academically. Once she was able to be home to help him with homework and spend time with him instead of waiting tables in the evenings, his grades and behavior improved.

During a working mom’s life, there are seasons when work needs to take the backseat and parenting take priority—and public policy aimed at strengthening families through ties to work and marriage ought to account for this. While it makes sense for the government to incentivize work among nonparents, it’s less clear what benefit there is to increasing work hours of parents, who are doing socially valuable work in the home, as demographer Lyman Stone points out.

There’s also something strange about a conversation that sometimes fixates on increasing the labor force participation of a group of mothers that, when compared with their married and cohabiting peers, is already disproportionately attached to the workforce. It seems unrealistic to expect poor single moms to balance work and family without the resources married middle and upper class moms have, and in a low-wage economy in which full-time work does not produce wages sufficient to live on. (The difficulty of this balance, even for more affluent moms, is made obvious by the sheer amount of self-help books, podcasts, conferences, and other services marketed to working moms.)

I can say from personal experience that middle and upper class stay-at-home moms are deluged with messages about self-care and how being a mom is the hardest job in the world. The message that poor moms hear is different: you’re lazy unless you get a job—er, make that two jobs. It’s a challenge that many of them attempt with the conviction that to provide financially for their kids is their responsibility. It’s what motherhood means when there’s no father in the family frame.