The Pandemic Necessitates a New Approach to Health Care 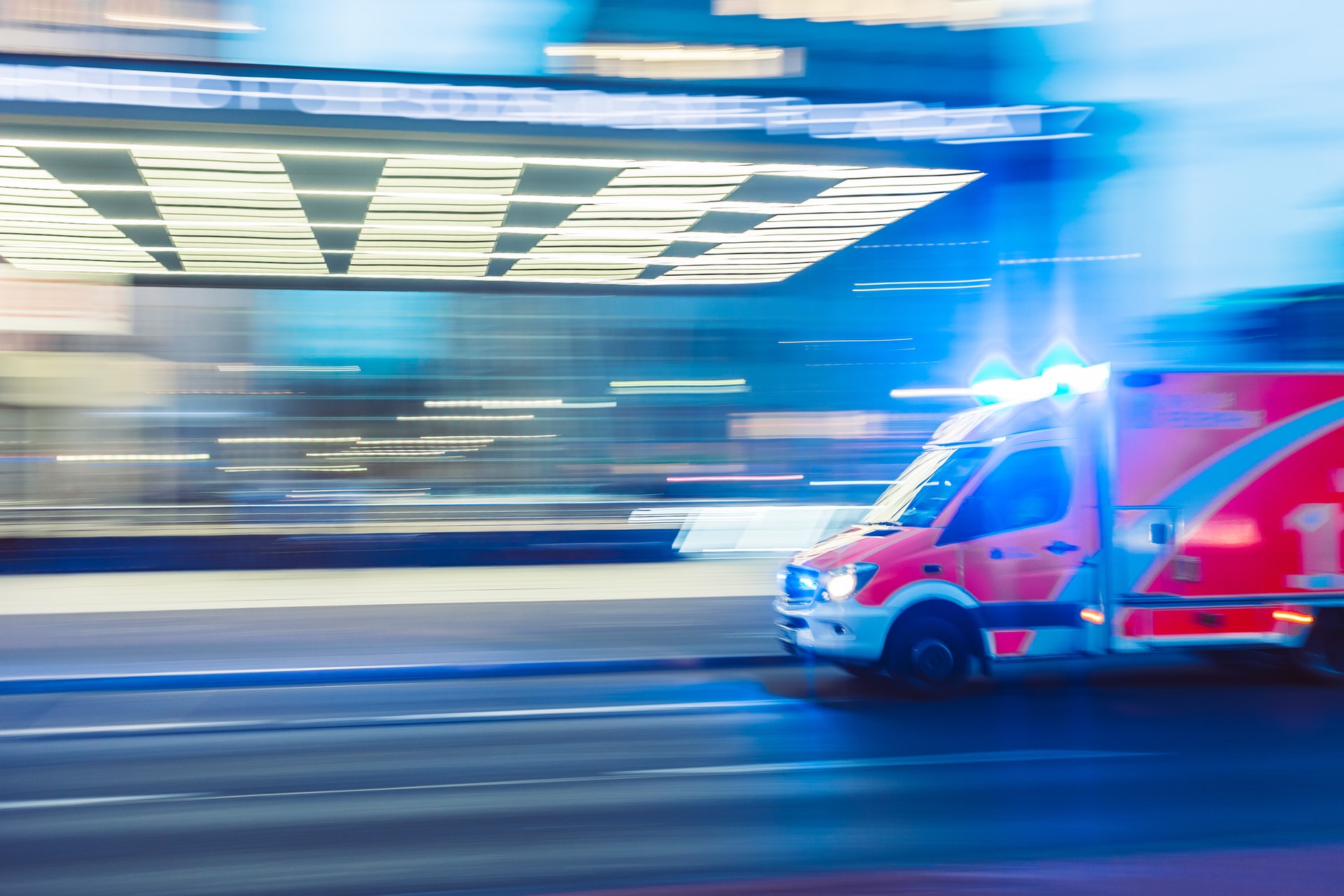 Photo by camilo jimenez on Unsplash

The COVID-19 pandemic presents an existential conundrum to the structure and principle of employer-based health care and its various supporters and dependents. The loss of a job often cuts off access to health care, adding greater weight to the challenges of dealing with this public health crisis. And this is widely exacerbated by a longstanding problem in U.S. health care: ordinary medical goods and services for Americans remain grossly overpriced by international standards.

Whatever one’s political beliefs, or economic stake in a privatized health care system, the reality is that COVID-19 is a social, not individual, problem that demands a method to address the costs and accessibility of health care. This has become even more urgent, given that even 10 months after the initial virus-related economic shutdown, we are now living through a second wave of infection-reduced activity. Unemployment and business failures of all sizes continue—all readily visible to the public—along with a ticking time bomb in the health care system, which cannot ensure pandemic mitigation via economic restrictions because most health care access is predicated on the very employment put at risk by those restrictions.

The process of moving to a single-payer system would entail a massive political and bureaucratic overhaul impossible to achieve in this period, and critically would not address the immediate goal of reducing the spread of the virus.

The truth is that very few OECD countries have a pure single-payer system wherein a single public or quasi-public agency takes responsibility for financing healthcare for all residents. The U.K. and Canada are two of the leading examples (although the U.K. does offer some forms of supplemental private insurance). But most others have a mixed system—the prices are fixed by “all-payer,” which as Sarah Kliff, a leading health care journalist, has highlighted, means that all payers pay the same price for the same procedure or drug everywhere, so issues such as the asymmetry of bargaining power (which exists in the current system, say, between a consumer and a health insurance conglomerate or HMO) cease to matter. What sets it apart from single-payer is that fees are negotiated between consortia of insurers and regional associations of providers—not the government.

How would it work? As the economist Uwe Reinhardt puts it: “All private and public insurance programs in a region would pay all physicians, hospitals, and other providers of health care on the basis of a uniform fee schedule common to all payers, and the cost of uncompensated care rendered to uninsured patients would be covered by a separate fund.” In countries where such a system currently exists, negotiated rates are established over a medium-term time frame, usually two to three years. And because of the existence of a uniformly imposed fee schedule, the cost of, say, an appendectomy, or a cancer treatment, remains the same, regardless of one’s insurer, the hospital, or the state in which one lives, so administrative burdens are significantly reduced, as is the cumbersome complexity of our current health care system.

Implementing reforms in the middle of a health crisis considerably complicates the issue, making it unlikely to address the immediate problem in time. But an extraordinary measure from the Executive Branch setting pricing rules on the critical range of medical goods and services most needed to address the pandemic could be issued, with a promise to provide adaptive remedies to any structural costs of enacting it. It would also need to be combined with universal coverage, so that economic restrictions that cause unemployment do not result in a loss of healthcare access (and thereby undermine efforts to curb the spread of COVID-19).

The German system provides a good template for the U.S., and given that even in GOP circles there is a new openness to consider importing industrial structures from that country (such as work councils and co-determinist board structures), some might well consider this as an alternative to Medicare for All. In the U.S., the most efficient and least disruptive way of covering the uninsured in a structure that replicates the German one outlined above by Reinhardt would be via the expansion of Medicare.

In essence, the goal is to ensure that everybody pays the exact same price and the same rate for any procedure or medicine, regardless of where you live or work. Equally significant, everybody is covered, whether by public or private insurance, so it would address the principal risk associated with more stringent pandemic prevention measures: namely, that a potential loss of a job does not mean loss of access to health care provision.

Universal coverage did not happen under the Affordable Care Act (ACA). Even with the expansion of private health insurance coverage introduced by former President Obama’s ACA, Dr. Stephanie Woolhander noted that almost 30 million Americans remained completely uninsured as recently as 2017; tens of millions more had unaffordable gaps in their coverage, via copayments, deductibles, and uncovered services.

The problems have been even more acute for those of the now estimated 58 million working in the so-called “gig economy” (a feature of which is the general lack of private employer health insurance coverage).  This is why the ACA remained vulnerable to attacks on the system by Donald Trump, although Trump himself never delivered a serious alternative during his time in the White House (a fact recently lamented by Republican Ohio Representative Anthony Gonzalez).

For those who decry the risks of moving to a more centralized and allegedly more bureaucratic system implied by a move to all-payer, it is worth noting that America’s fractured and decentralized system has considerably hampered efficient delivery and distribution of the various vaccines approved for use to contain the rapidly spreading coronavirus, as Whitney R. Robinson, associate professor at the UNC Gillings School of Global Public Health has highlighted:

“Unlike a universal, single-payer health care system like the United Kingdom has, the US health care system is famously fractured and decentralized. In the United Kingdom, the National Health Service has a roster of nearly everyone in the country and an existing point of contact through their assigned primary care providers. So there’s the infrastructure there to identify everyone in a community of a certain age and contact them during their vaccination tier. US health departments do not have such lists and infrastructure. Our first rounds of vaccination were setting-based (hospitals, nursing homes). I suspect that these will be the easiest. Workplace settings have updated rosters of employees and residents and ways to track them. Moving this effort to the community setting will be enormously complicated.”

The all-payer system has many of the virtues of a single-payer system both in terms of cutting costs and reducing administrative complexity. But in contrast to a nationalized health care system, such as Britain’s National Health Service, a 50-state all-payer system would cut less against the grain of the existing American health care architecture (indeed, it already operates in the state of Maryland).

Recognizing the political appeal, the Trump administration itself did belatedly address price regulations for some pharmaceutical products, (such as ephedrine and insulin). But this constituted another one of his typical snake oil salesman approaches to policy, prioritizing showmanship over substance. On the other hand, his administration’s huge investment (and corresponding success) in Operation Warp Speed might induce a more plausible rationale for increased government involvement in health care, given the substantial underwriting of the R&D costs for companies, such as Moderna, which helped to catalyze the development of new COVID-19 vaccines.

In any case, a policy response that entails increasing economic restrictions to mitigate pandemic spread is not viable when a consequence of those restrictions creates a loss of healthcare as part of the collateral damage. In effect, a case of robbing Peter to pay Paul. This must be addressed sooner rather than later, and all-payer seems an optimal way to square the circle. COVID-19 is surely not the last pandemic that this country is likely to face, but we don’t want to go into the next crisis with the same flawed institutional health care structure.