Free trade is a principle instilled early in an economist’s training where straying from the orthodoxy is grounds for excommunication. The core claim is that freer trade is always welfare-enhancing, even in cases where the trading partner is protectionist. Economists do acknowledge that trade has distributional impacts that create losers. Facing new competition, some workers lose jobs or have their wages depressed, and some companies lose revenue or may be put out of business. But economists claim that such losses are very small because the flexibility of American markets makes adjustment—reabsorption into equally productive activities—virtually effortless. Of course, it helps that all trade models assume full employment and GDP at potential. Some proponents go so far as to say that workers should welcome being displaced because it frees them up to do more interesting and rewarding work. Plus, any losses can easily be redressed since the gains from trade are more than sufficient to compensate the losers. Let’s examine both the welfare and distributional effects.

The blanket welfare claim came under fire from within during the early 2000s debates over outsourcing. Paul Samuelson, the father of modern trade theory, pointed out that mainstream economists were publicly promoting the “polemical untruth” that freer trade is automatically welfare-enhancing. Meanwhile, Ralph Gomory and William Baumol extended the standard models to demonstrate that there are:

“inherent conflicts in international trade … [where] An improvement in the productive capability of a trading partner that allows it to compete effectively with a home-country industry, instead of benefitting the public as a whole, may come at the expense of the home country overall.” [emphasis added]

The response from the mainstream economists was begrudging acknowledgement that these arguments might technically be correct, but no plausible real-world scenario would ever be welfare-reducing.

My takeaway from these debates is that trade models allow for many different outcomes and have limited utility in today’s environment of capital mobility. The trajectory, not the current state, of a country’s comparative advantage is what matters. Countries take active steps to improve that trajectory—e.g., by investing in education and infrastructure—but companies also have significant power to shift productive capabilities across trading partners. The U.S. has chosen not to regulate or constrain such transfers. A firm that offshores is systematically transferring productive capabilities—knowledge, tools, and technologies—from one country to another. It isn’t a simple exchange between countries of say a t-shirt for software. Instead, it is making your competitor better in areas where you have an advantage, and that can make you poorer. This kind of capital mobility couldn’t have been foreseen by Smith and Ricardo.

Turning to the labor impacts, anyone who has experienced a layoff or knows someone who has realizes that “adjustment” is far from easy. The financial and psychological losses are significant and can sometimes be debilitating. Finding a new job is not easy and is especially difficult when your entire sector is under new competition from abroad. In fact, trade-related losses have been much worse and more enduring than predicted. More than a decade too late to make a difference, David Autor and his co-authors discovered that difficulties from adjustment can extend well beyond individuals’ losses to whole communities and regions with their influential work they dubbed the China Shock.

Despite the predicted bountiful spoils from liberalizing trade, actual efforts to compensate the losers have been less than halfhearted. Trade Adjustment Assistance (TAA), created in the early 1960s as part of President Kennedy’s round of trade liberalization, has been the primary remedy to soften the blow. TAA is widely and repeatedly criticized for being ineffective. Critics argue its only effect is to delay a worker’s reentry to the labor market at their new lower and apparently more deserving market-clearing wage. A decade after it was created, the AFL-CIO had lost faith in the program with its president George Meany describing it as “burial insurance.” Recognizing that garnering support for expanded trade required more than just an enhanced TAA, Brookings scholars Kletzer and Litan proposed the alternative of wage insurance, which is essentially a bribe for workers to more quickly accept their downward mobility.

Meanwhile, the winners from globalization have successfully argued that the appropriate policy response is more public spending on education as well as research and development. Both are worthwhile recommendations, but they do nothing to address the root problem—that is, the misalignment of capital and labor interests—and will be much less effective than in the past as globalization eats away much of the gains. A country invests taxpayer dollars into research not to create research jobs, but in the hope that it captures a large share of the downstream design, development, and production jobs that flow from it. But those downstream jobs are much more likely to leak offshore as companies become more sophisticated and efficient at offshoring the work. Sridhar Kota describes it succinctly as the “invent here, manufacture there” corporate strategy that has become pervasive.

In sum, not only have the losses induced by trade liberalization been undercounted, they have never been taken seriously, and there are few good ideas about effectively compensating the losers—much less stemming the bleeding.

Cass’s contribution reinforces the conclusion that there are good reasons to doubt that the current version of globalization will be welfare-enhancing or benefit most Americans in the long run. His solution—to bound the market to create an interdependence between capital, labor, and consumers—may need some rebranding because it could be difficult explain and sell, but the specific proposals accompanying the essay are both sensible and refreshing.

As Cass rightly concludes, the root cause of many of our economic problems is that corporate (capital) interests have diverged from those of workers (labor) and that restoring their mutual dependence is paramount. The ills stemming from globalization are symptoms of this more fundamental problem.

For the past 20 years, business executives stumbled into easy and enormous profit windfalls by transferring jobs and technologies to places like China, India, and Mexico, but in doing so they also created competitors. There may be a ray of hope from that development. The new generation of CEOs won’t have it so easy and may find their interests more aligned with the country. It’s happened before. In the 1980s, facing new competition from Japan, CEOs from leading industries went to Washington begging for protection and got it.

Ron Hira
Ron Hira is an associate professor of political science at Howard University, a research associate with the Economic Policy Institute, and author of Outsourcing America, one of the first books to examine the offshoring of high-wage jobs and industries.
@RonHira 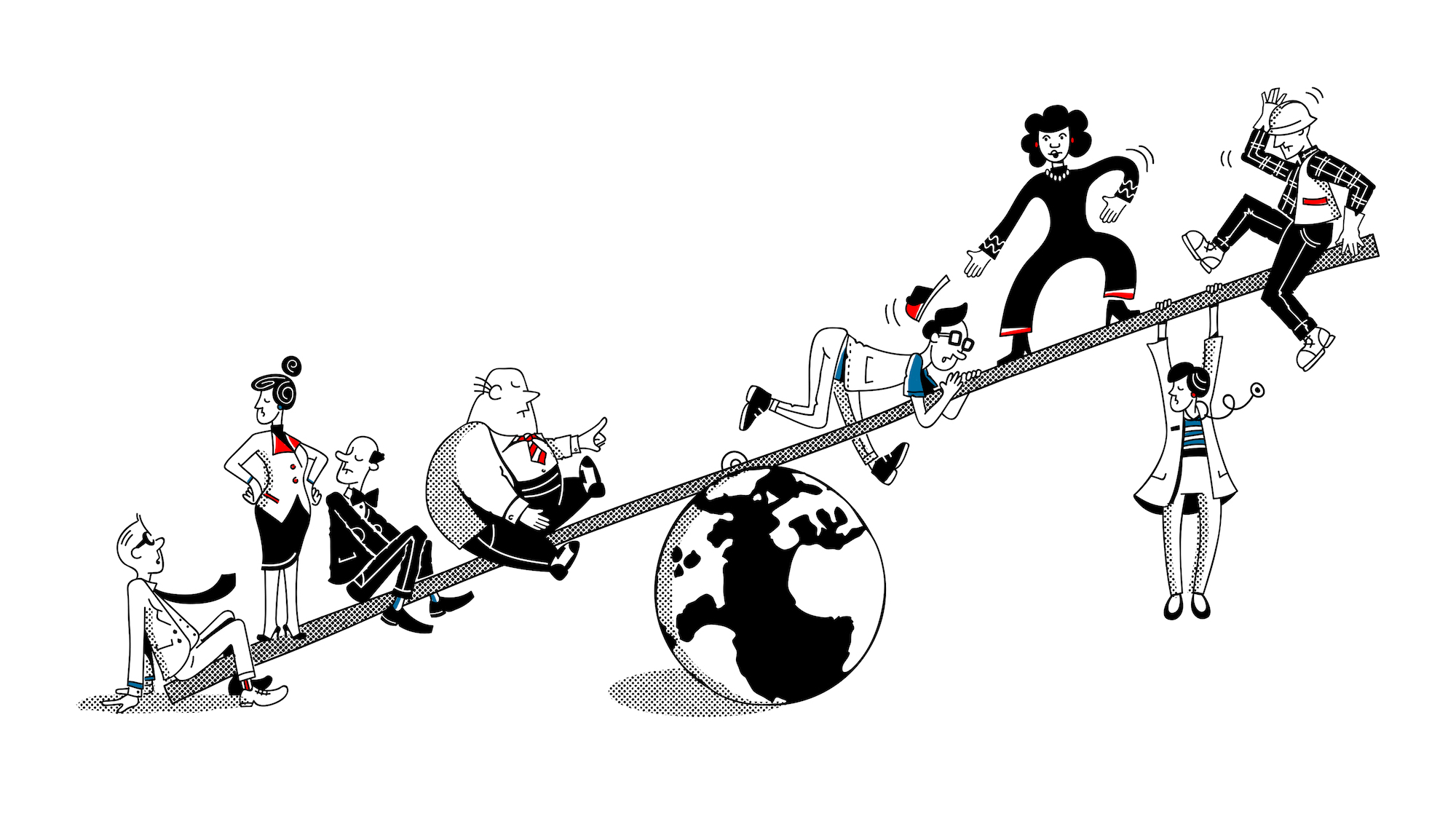