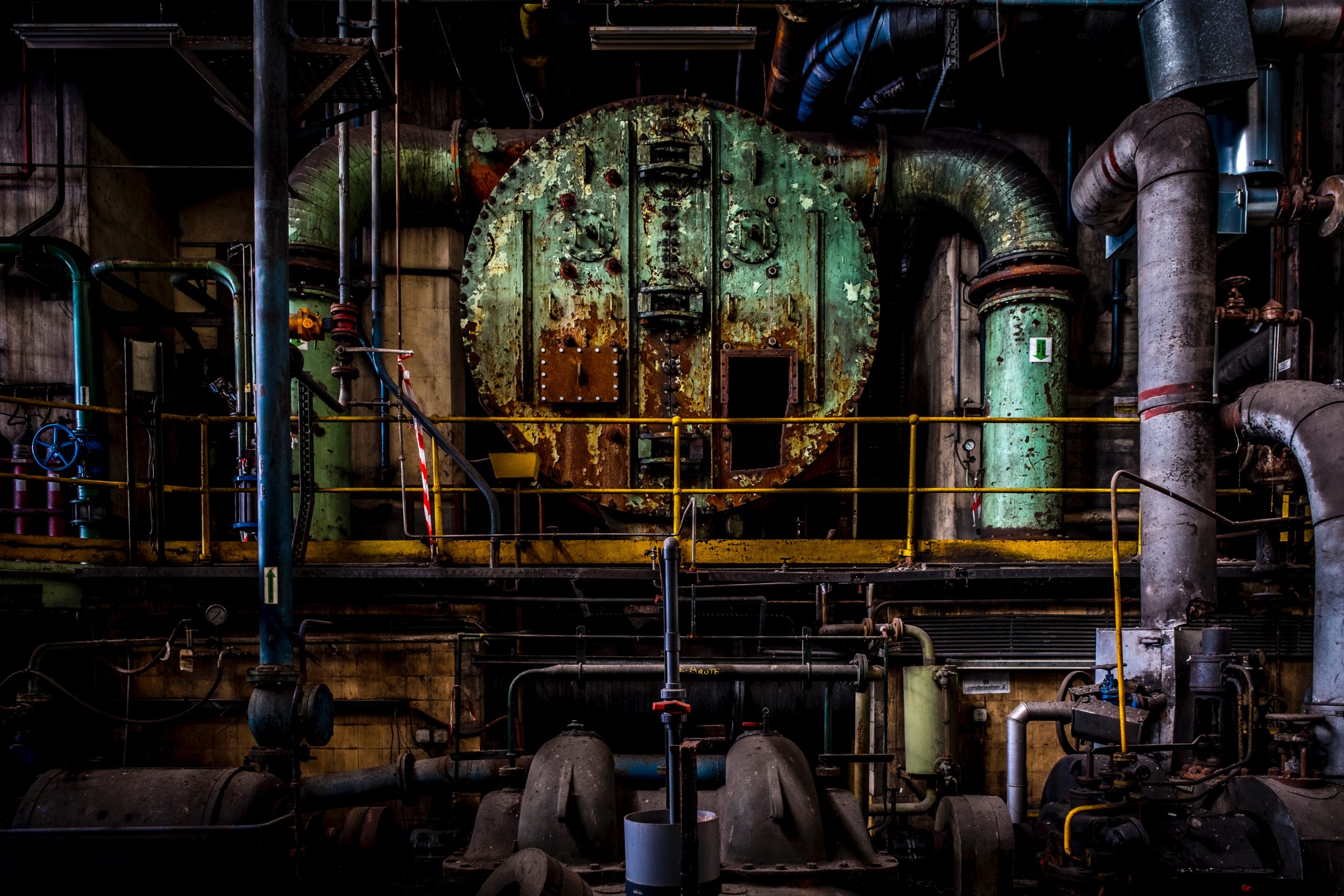 In a recent post about the relationship between family trends and the skills gap I noted that for some of the young adults my husband David and I interviewed in southwestern Ohio, trauma and addiction make it difficult to take advantage of the employment opportunities that do exist.

A second possible reason for the skills gap is more straightforward: fewer people today want to work in factories. And while the idea of reshoring manufacturing is still very popular, people don’t want their children to do factory work. With the recent emphasis on and possibility of a more robust industrial policy, this is something to consider.

Why is this the case? Is it primarily for cultural reasons—a devaluing of blue-collar work? Or is there something about the nature of the work itself that feels dehumanizing? If the latter, is it possible to industrialize at human scale?

I was reminded of these questions over the Christmas holiday while talking with my 17-year-old brother-in-law who currently works for a wheelbarrow manufacturer. He loves the paycheck, but finds the work monotonous (he once caught his coworker singing “The Wheels on the Bus” to pass the time) and he sees the job as temporary. But because of the tendency to view plentiful factory work as emblematic of an economic golden age, David and I were at first surprised by the critical comments from working class young adults we interviewed. Multiple times we heard some variation of what a factory worker told sociologist Lillian Rubin in the 1970s: “God, I hated that assembly line. I hated it…. you don’t feel human. The machine’s running you, you’re not running it.”

Just last week Mariah, a twentysomething who has worked in several factories told me that if she could say anything to her past employers it’d be, “that we are not their robots.” She adds, “Don’t get me wrong I’m grateful for what I have,” but repeats herself on the nature of some of her past employment: “It’s robot work. I guarantee you in five years they will be automated. They run you so ragged.” If she could do anything she’d write for a living. “There’s a lot of legends and a lot of stories wasting away in factories,” she says.

Another woman I talked with, Ashley, used to work at a manufacturer of protective mailers and specialty packaging for brands like Target, Gap, Walmart, and Macy’s. Her job was to put bubble wrap into a sleeve and run it through a machine to seal it. You had to be quick otherwise the machine would get your hand, and it hurt, she says. Ashley stood there repeating the same motion over and over, an eight hour day broken by two fifteen minute breaks and a thirty minute lunch break. “It wasn’t a very fascinating job.” She prefers her work today at a burrito chain, despite the pay potential being less.

Alex is the most enthusiastic factory worker I know, but even he views it as something to be endured for the sake of his family. “Don’t ever be a factory worker,” Alex’s grandpa who raised him (and worked in a factory) used to tell him. Alex didn’t take his grandpa’s advice, instead taking his lunch to the factory each day in the same domed metal lunchbox that his grandpa once used. He found dignity in the work by situating it in a larger mythos about the importance of grit, marriage, and family legacy.  It’s a beautifully human strategy to ennoble our work and find meaning in the mundane. But it’s also true that some kinds of work are more conducive to human (and family) thriving than others, and most of us (Alex included) appreciate historical developments that improved working conditions.

If complaints about manufacturing work are common, even among incredibly hardworking people, what are the ways that these jobs might be improved? It might be helpful to think about the way these same people talk about jobs that they’ve enjoyed, and from that let emerge a list of potential guiding characteristics of what working class young adults consider to be good work.

Seth, a gregarious extrovert, has worked in manufacturing but his favorite job was at a shoe store. “I liked that job a lot because I always had to interact with customers. Customers would come back and know my name, so that felt good, to get the rapport from that. I liked that job a lot. It was more personal, you know what I mean?” He adds that pay was $9 an hour, but “my bosses were awesome. They were like friends. We’d joke all the time.” He also enjoyed a short-lived direct marketing stint because he liked “being a part of something.”

For Mariah, who has worked on assembly lines and in warehouse distribution centers, good management makes all the difference, a sentiment echoed by many young adults. She currently works at a sink manufacturer, where she sands and finishes the tops of the units. It is a small family-owned enterprise and the owner is personable and involved in the lives of employees. “He is willing to work around our schedule,” Mariah explains. “There is no middle man, so no miscommunication. If I’m sick they’re going to ask me if I’m okay.”

In larger workplaces managers cycled in and out due to high turnover, scheduling miscommunications were commonplace, and policies were frequently changing. Mariah describes the culture as “man eat man.” Workers were treated as “replaceable.” “People wonder why kids these days don’t want to work factories. But it’s really not a permanent job,” Mariah says. “They almost hire too many people to fire people. They’ll hire 30 people and only need 5. And that’s where a lot of these kids get discouraged and honestly don’t care anymore.”

The culture at Mariah’s current workplace is different, which she attributes to size and the owner’s involvement. “Where I’m at now we’re tight-knit. We hold each other up.” They get weekends and holidays off and work eight hour shifts during normal business hours. She describes it as “family-oriented,” and then adds—“which America is supposed to be and it’s gotten so far away from it that it’s not funny.”

Mariah also likes that at that she gets to see the finished product. “At the end of the day I can see what I did.” She says it makes her “feel better about it” than other jobs where she repeated one part of a process without a sense of the whole. Another young woman I spoke with who works in landscaping said something similar about why she enjoys her work. In addition to enjoying being outdoors, she likes to see the “before and after” and feel the accomplishment of the transformation her team gives to a yard. “You leave some of these places looking better than they’ve looked in years.”

It’s tempting to blame the skills gap on an eroding work ethic among young people, and this is something they themselves wrestle with. After a missed opportunity they beat themselves up for not working hard enough (“kinda screwed that one up,” one man said of the good factory job he quit) or lament the effects of technology (as Mariah told me, “kids these days don’t have a work ethic because they sit behind computers and tablets”).

But if young adults can benefit from self-examination, so too can manufacturers. Many Americans agree that these jobs can be difficult, unglorified, and yet for the good and in the interest of the nation. If we want to attract manufacturing back to the U.S. we should also think about how to attract American workers to manufacturing. To do so will likely require serious efforts to improve workplace environment and culture to fit manufacturing to human scale.