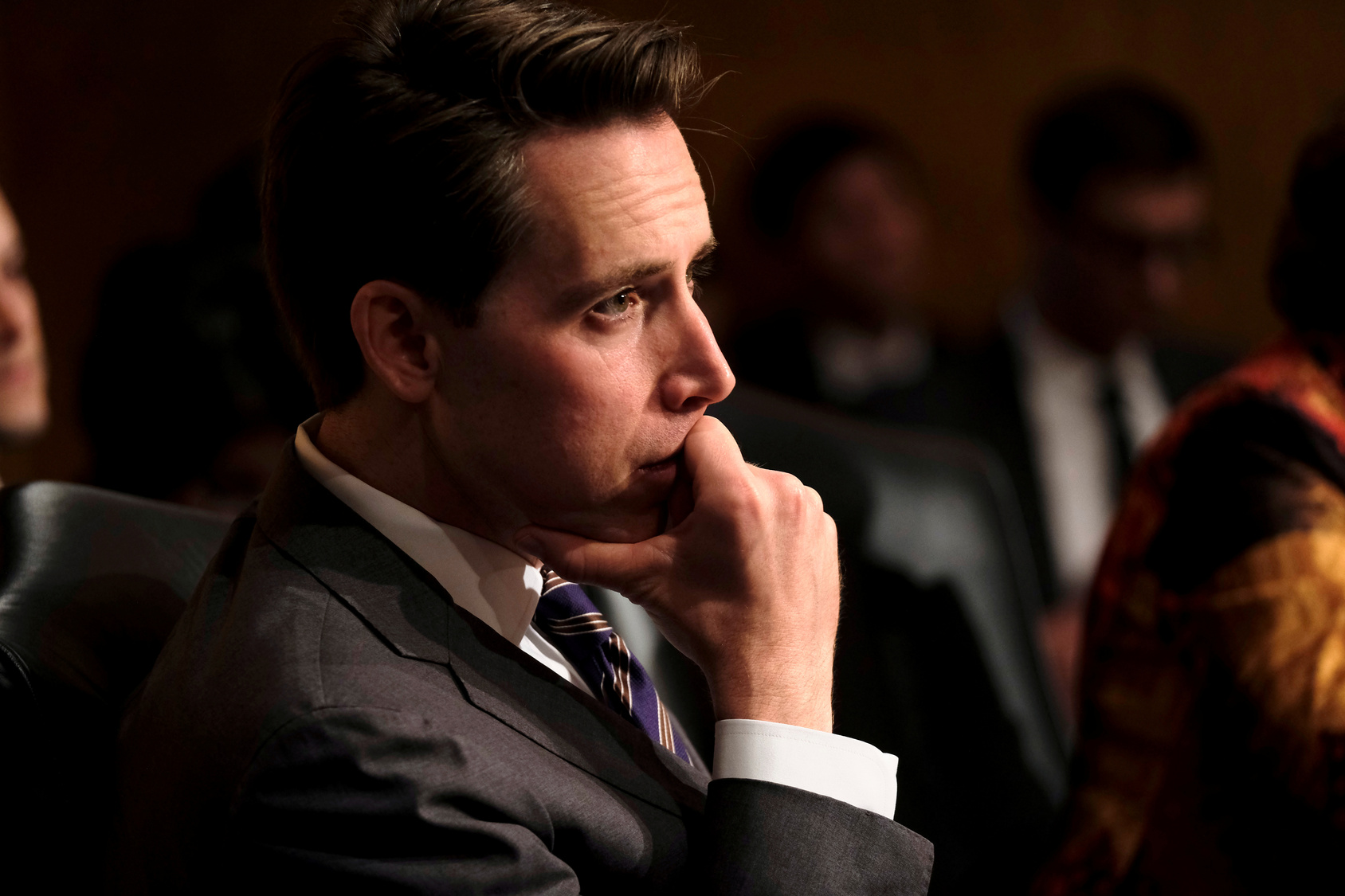 So ingrained is this identity between ideals and interests, in fact, that it’s often presupposed by the very people who critique it. If the post-Cold War project was a kind of “synthetic globalism,” an attempt to synthesize the universal and the particular without subordinating either, elite backlash to that project has paradoxically taken the form of synthetic nationalism, in which nationalist policies are said to advance universalist ends. Immigration drives down native wages . . . and drives brain drain abroad. Foreign wars suck taxpayers dry . . . and drench foreign capitals in blood. Free trade eviserates our manufacturing base . . . and enables slavery overseas. By some providential coincidence, then, restrictionism, isolationism, and protectionism will make the whole world better off, such that putting America first won’t put non-Americans second.

In an interview with American Compass on Aug. 5, Senator Josh Hawley had a chance to transgress these crypto-cosmopolitan bounds. Asked what the main goal of economic policy should be, his answer was unequivocal: “do something that’s good for American workers and the American nation and the American community.” “I’m happy if American companies also benefit other people in the world,” Hawley went on, “but … we shouldn’t be shy about saying, ‘Listen, we want our economy to work well for Americans, both as producers and as consumers.’” So far, so nationalist.

Then forced labor came up.

“If you consider yourself an American company … you should not be profiting on slave labor [anywhere in the world], particularly not to the detriment of American workers,” Hawley said,  noting that he has introduced a bill that would penalize firms for using slavery in their supply chains. Just like that, a humanitarian argument became a nationalist one, the universal pressed into service of the particular. After all, “is it so unthinkable that these multinational corporations maybe employ a few more American workers?”

It’s not—but neither is it unthinkable that Americans are better off, all things considered, with forced labor than without it. Slavery is wrong, full stop. Slave-based supply chains, however, are cheap, and there is no a priori guarantee that we can substitute American workers for their victims. In at least some cases, we probably cannot. So if disrupting a given supply chain won’t bring jobs back to the United States, but will raise prices on U.S. imports, then presumably it is not in our interest to disrupt it, pace the Senator from Missouri.

But if no U.S. company should be profiting off slave labor—particularly, but not only, “to the detriment of Americans”—it would seem that interests don’t trump integrity in Hawley’s calculus. And that’s fine: It is a good and healthy thing to recognize the limits of your own nationalism, the cosmopolitan constraints on which its decency depends. “America first” should not make America worse.

The problem, for Hawley and for a moral nationalism more generally, is that integrity is inherently internationalizing when it comes to issues like slave labor. If you penalize firms with sordid supply chains, they may just divest from poor countries where slavery is common, making them even poorer and more prone to exploitation. Tyler Cowen sketched a way this could happen in Bloomberg:

Consider the hypothetical case of a U.S. retailer buying a shipment of seafood routed through Vietnam. It fears that some of the seafood may have come from Thailand, where there are credible reports of (temporary) slavery in the supply chain. How does it find out if those reports are true? Asking its Vietnamese business partner, who may not even know the truth and might be reluctant to say if it did, is unlikely to resolve matters.

It is unlikely that businesses, even larger and profitable ones, will be in a position to hire teams of investigative journalists for their international inputs. Either they will ignore the law, or they will stop dealing with poorer and less transparent countries. So rather than buying shrimp from Southeast Asia, that retailer might place an order for more salmon from Norway, where it is quite sure there is no slavery going on.

The result would be higher prices for us, fewer investments in poor countries, and, because of that loss of capital, a net increase in exploitative labor practices worldwide. Profiting off slavery is bad; preventing those profits, but in a way that actually adds to slavery, is clearly worse. And that is what Hawley’s bill might do—unless it were paired with sanctions and trade agreements that independently enforced labor standards in developing countries. Such efforts would require international coordination, through international bodies, in order to work. (The WTO and ILO, for instance.) Which means that the moral case for the bill presupposes an ambitious multilateralism that, I think it’s fair to say, Hawley rejects.

So inasmuch as Hawley is a synecdoche for the New Right, he is also a synecdoche for the peculiar tension it must navigate. American nationalism does not entail open-borders liberalism, but it does entail what might be called “integralism, rightly understood”—a commitment to national integrity that is itself integral to America’s heritage. Honoring that commitment, however, may require concessions to a global framework that has not always served our interests in the past, and won’t always serve them in the future. The question for Hawley, and for the movement of which he is an avatar, is how many concessions to make, and by what means.

Of course, it’s also possible that conservatism’s nascent emphasis on labor standards is just a way of discrediting geopolitical rivals, of advancing interests under the banner of ideals. (Hawley bashed China’s treatment of its Uyghurs, but was curiously silent about debt peonage in India, migrant labor in the UAE, and prison labor in the United States.) In that case, bills like Hawley’s may have a strategic rationale independent of their economic logic, with values serving as a vehicle for containment.

One reason to be wary of them anyway is that they reify a moral framework in which the national interest plays almost no role. Ceding some ground to internationalism does not mean ceding all of it, and as Micah Meadowcroft recently noted for The Commons, it was an internationalist mentality that enabled China in the first place, to both the Uyghurs’ detriment and ours.

But the idealization of interests presents another danger as well: If it becomes too cynical and self-serving, it could corrode the very universalism on which American distinctiveness depends. That’s an outcome that no integralist—rightly or wrongly understood—should want.